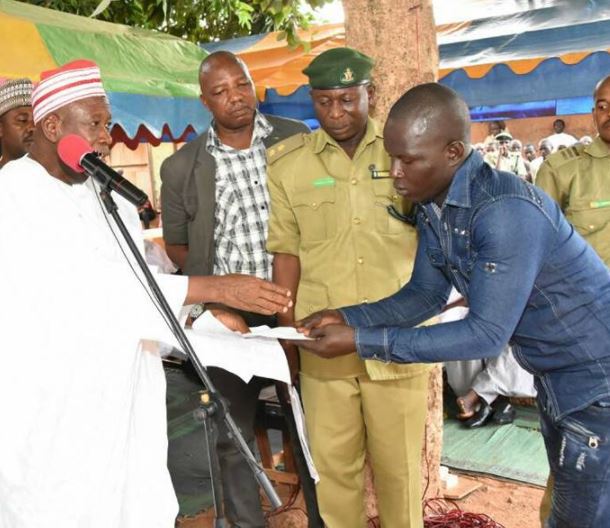 The Kano State Governor, Abdullahi Umar Ganduje has pardoned and effected the release of 136 inmates from the Correctional Centres in the State. 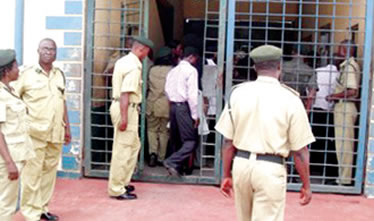 This was contained in a media statement signed by the Chief Press Secretary to the Governor, Malam Abba Anwar, and was made available to Journalists in Kano, the state’s capital.

The Governor pardoned the inmates when he visited the Gorondutse Medium Correctional Centre as part of his Sallah visits.

The Governor urged them to be people of sound character when they are finally being integrated into the society.

“In your position as Nigerians who deserve to be taken care of, we are here today, Sallah Day, to celebrate with you this great Sallah period, by way of releasing some of you who are pardoned

“We are here to also see how you are feeling and to share our joyous moment with you. We want those of you who repented to promise not to go back to their previous nefarious acts,” he warned.

Ganduje said some of the inmates were released because of ill-health, some stayed longer than necessary and some were incarcerated because they were not able to pay charges placed on them.

He noted that the pardoning exercise was in compliance with President Muhammadu Buhari’s directive to decongest Correctional Centres across the country.

“We are therefore following this directive, particularly because of COVID-19 pandemic, as directed by Mr President,” said the Governor.

The Controller of Kano Correctional Centres, Sulaiman T. Sulaiman commended the governor for being humane while relating with inmates of such Centres in the state.

“I worked for 30 years in this job. As I worked in many states of the federation, I have never seen a governor of a state, who cares very much about the plight of inmates from our Correctional Centres,” he said.

According to him, “His Excellency Governor Abdullahi Umar Ganduje of Kano state was here during Eid-Fitr period, just in the last 70 days, and he released some inmates.

“Here we are, this hardworking governor is also releasing another sets of inmates. They are 136.”

Sulaiman appreciated governor Ganduje’s magnanimous intervention, to make the Sallah celebration most joyful among the inmates when he provided the Correctional Centres with cattle and rams for the inmates.

Each of the released inmates was given the sum of five thousand naira to use as transport money, back to their various destinations.