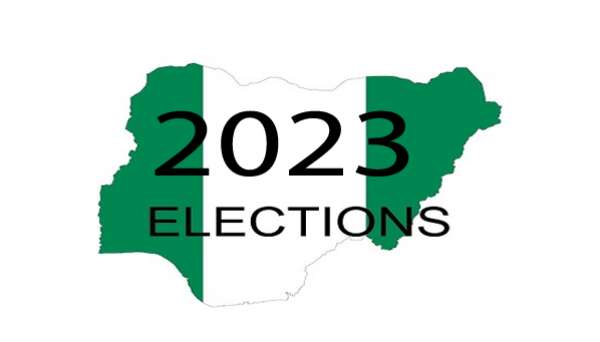 Insecurity and political crisis have beneficiaries and sponsors. For the political class, it is fair game to exploit and deploy every instrument in the combat repository for provincial ends. The enormity of insecurity and crisis in Nigeria does not happen without some partisan instigators. Our ruinous politics is at the heart of many of our problems.

The insecurity we are experiencing now is exploitable ammunition for the 2023 political contests. So,
why will those kindling the fire stop? The pattern of banditry in the north-west and the attacks in the lower Niger area lately shows a ‘’mighty hand’’ working the marionettes.

Although these security threats have been immanent, the dimension they assumed after 2019 suggests the extraordinary. But we cannot also explain away the inability of the leadership to take on these
menaces head-on in the early days. Thank goodness it is rising to the occasion now.

Bandits initially went for pupils from ‘’noiseless’’ schools as items for ransom. But they soon abandoned that taste for pupils in Christian schools – where their agency can be well noised. On July 5, they attacked Living Faith School owned by Bishop David Oyedepo in Kaduna – but were unsuccessful. The same day, they blitzed Bethel Baptist School, Kaduna, kidnapping 121 pupils. And the assault on citizens in the north is not letting up.

Word has not been heard of the Islamiyya pupils kidnapped from their madras at Tegina in Niger state since May. No alarm. No concern. No outrage, perhaps because of their social footing? Some other pupils from ‘’unsexy’’ schools have been kidnapped in the north but without alarm owing to the lack of sentimental value to the abduction, I suppose.

There was effusive public indignation against the string of abductions involving the Kankara schoolboys, Kagara boys and Janegbe girls. But it appears society moved on and became accustomed to the customary nobbling. Now, bandits have changed strategy going for the ‘’great prize’’.

I believe they know the sentimental value of their new preference. They know abducting pupils from
Christian schools will provoke reactions and deepen the religious tension and recriminations in the
country. The sheer industry deployed for this purpose by the freebooters validates this view. The
political bent in this is obvious.

I read Bishop Matthew Kukah’s monologue at the United States Congress Commission and I was
uncomfortable. How did the venerable Bishop go from ‘’peace campaigner’’ to doomster? The danger of a solitary narrative hedged around conspiracy theories is that it creates disaffection and suspicion among citizens. And you need citizens’ support to effectively tackle bandits and insurgents.

When respected Nigerians reinforce conspiracy theories, though unintended, it unsettles an already
inflamed system. The solitary narrative of Christians being persecuted in Nigeria does not tell the
complete story. Muslims, Christians, the young and the old have all been victims of insurgents and
bandits. These outlaws are at war with all Nigerians except themselves.

It is obvious the Bishop is distressed by Nigeria’s security challenges – and rightly so. He is concerned like the rest of us. Kukah unarguably has inexhaustible passion for Nigeria.

Really, those who want power in 2023 will do anything to have it. Insecurity is a good campaign material for those who seek political points from tragedies. We cannot palliate the fact that the APC used the security crisis under President Jonathan against him in 2015. That is Nigeria’s ‘’dog-eat-dog’’ brand of politics – of blood and bones.

In April, the federal government announced that it arrested 400 businessmen financing insurgents and bandits in an operation coordinated by the Defence Intelligence Agency (DIA), the Department of State Services (DSS), the Nigerian Financial Intelligence Unit (NFIU) and the Central Bank of Nigeria (CBN). 19 bureaux de change used to finance and launder money for brigands were reportedly uncovered.

Lai Mohammed, minister of information, said in a press conference weeks ago, that the government has identified highly-placed persons sponsoring secessionists in the country. Taking the word of the
government for what it is, where there is smoke, there is fire. It is left for the government to bring to
reckoning the ‘’big masquerades’’ behind Nigeria’s many security troubles.

Those amassing armadas — on both sides of the political divide – to wage an Armageddon over the 2023 elections should think Nigeria first. The blood of any Nigerian is too precious to be spilled on the slab of political ambition. Whatever mutilation that is inflicted on the polity will take many years to heal.

The next president may spend his entire term addressing that problem just as President Buhari has been bogged down by the security challenges carried over from the Jonathan administration.

The agitations here and there all have a common denominator in Buhari. The president appears to be the quarry in all of these. By the time he leaves office in 2023, these perturbations will likely self-
extinguish.

But what happens after 2023? Whatever seed we sow now, we shall reap; long after this administration.
We should not cut off the nose to spite our face.