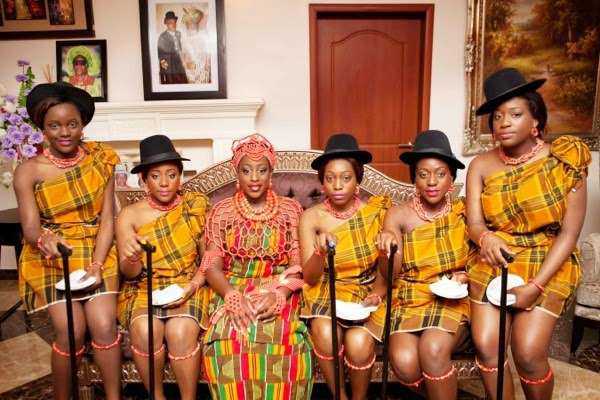 It is believed that the early ancestors left the central delta and made their way through creeks and swamps felling trees to cross the waterways.

You won’t be wrong to deem the unique people of Adoni “The Islanders,” for in reality that is who they are.
There many tribes in Nigeria living in the shadows of the country’s major tribes. Their identity seems to be veiled as a result of their smallness. We only get to hear about them only on rare occasions: The unique tribe of Adoni is one of them.

Situated in the present day Rivers and Akwa Ibom state, the Adoni people are a part of the Ijaw tribe and known to be related to the Annang, Ibibio and Efik people of Akwa Ibom State and Cross River State in Nigeria.

According to some historians, evidence of traditional history shows that the Andoni are descended from Ayama the son of Tara (Tarakiri) who was left with Kala-Okun at Igbedi creek.

And the migrating ancestors are mentioned as Asara or Asa founder of Asarama, Ifop, Edeh or Edabiri, Alama and Abah to name a few.

It is said that they left the Igbedi creek area at an early stage taking with them the title “Indo Oru” which they remembered and gave to their priest-rulers. The title “Indo Oru” was later corrupted to “Ando Oru”, while during their sojourn “NI” was added to give the term “Andoni Oru”.

Still, in the spirit of exodus, it is believed that the early ancestors left the central delta and made their way through creeks and swamps felling trees to cross the waterways; camping for in the southeastern region for some time before moving into the delta.

Oral tradition has it that they called their first settlement “Ayama” after their ancestor. It is said that they settled there for centuries manufacturing salt for the interior markets before moving.

However, it is important to state here that prior to the colonial era, the Andoni people had commercial contacts with European traders and with other Ijaw clans, such as the Bonny, Okrika, Kalabari, and Nkoro.

And although history has refused to tell us why, the Andoni people frequently fought wars with the Kingdom of Bonny, as well with the Ogonis.

Known for their deep cultural lifestyle, the Adonis are believed by some to be the fiercest warriors in the Niger Delta.
Language

Owing to the complete loss of their Defaka Ijaw dialect, the Andoni people now speak Obolo as the only native language.

And Obolo is a language that combines Efik, Ibibio, Oron, and Ijaw dialects based on the original Ijaw intonation and Efik-Ibibio lexicon.

They, however, refer to God in their language as Awaji or Owaji.
Location

As earlier stated, the people of Adonis are situated in the present day Rivers and Akwa Ibom state. They not only seen as peoples of the creek, they can also be deemed as Islanders because their villages and towns are situated on islands.

There is also a third Island which is believed to stand at the centre of Andoni as it is the link between Island One and Two.