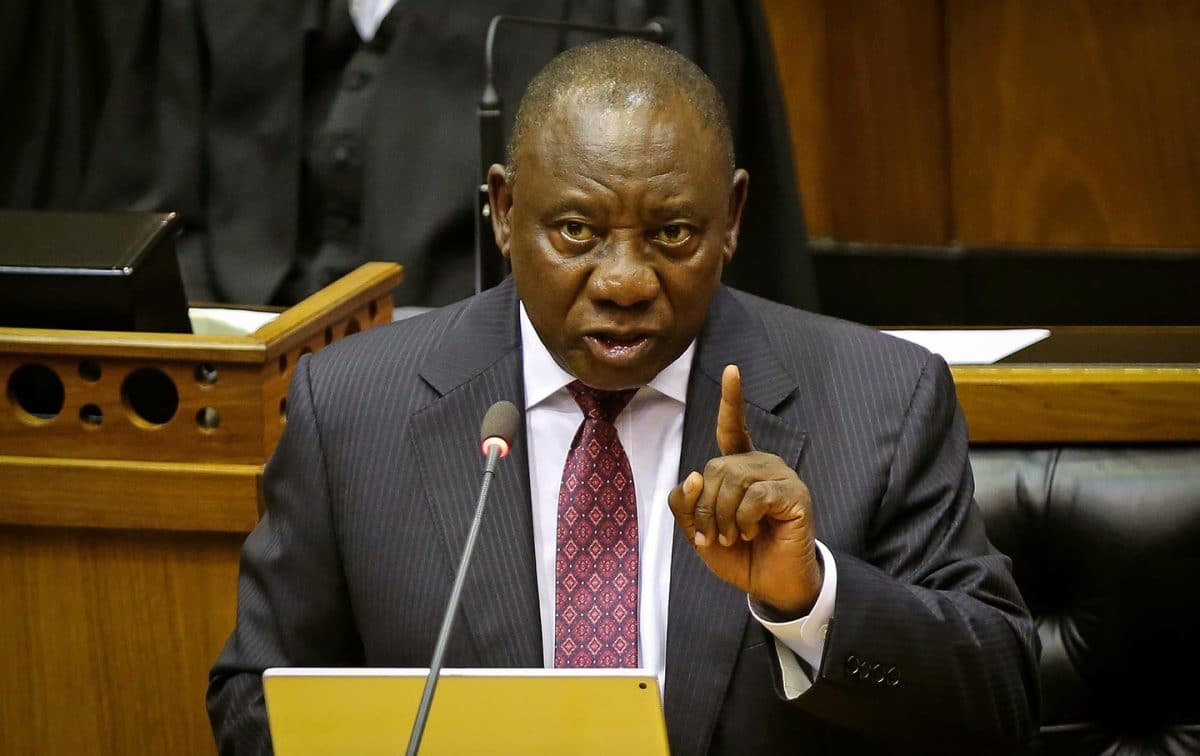 Week-long violence and looting that have shaken South Africa were “planned,” South African  said on Friday, vowing that his government would hunt down those responsible. 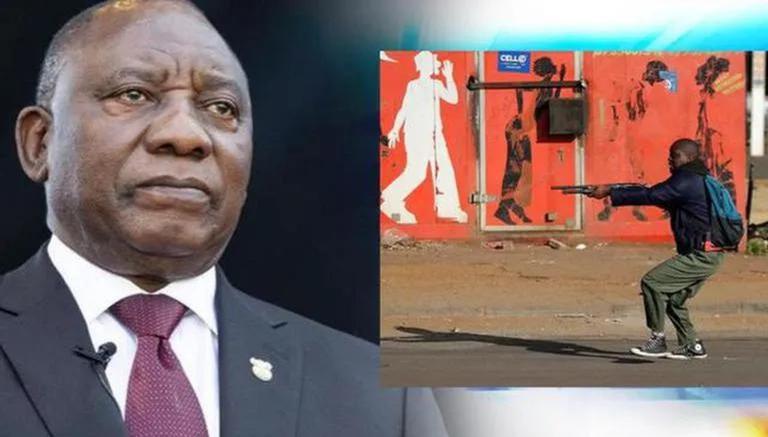 “It is quite clear that all these incidents of unrest and looting were instigated — there were people who planned it and coordinated it,” Ramaphosa said in a visit to KwaZulu-Natal (KZN) province, the flarepoint for post-apartheid South Africa’s worst crisis.

“We are going after them,” Ramaphosa told reporters.

“We have identified a good number of them, and we will not allow anarchy and mayhem to just unfold in our country.”

The government said on Thursday that one of the suspected instigators had been arrested and 11 were under surveillance.

Shopping malls and warehouses have been ransacked in KZN and Johannesburg, stoking fears of shortages and inflicting a devastating blow to the an already battered economy. Around 120 people have died, some shot and others killed in looting stampedes.

The unrest followed protests triggered by the jailing of ex-president Jacob Zuma, who was handed a 15-month jail term for snubbing a corruption investigation.

Zuma, whose home province is KZN, commands support among loyalists in the ruling African National Congress (ANC), who portray him as a champion of the poor

In scenes that have stunned the nation, looters have casually plundered stores, pharmacies and in one case a blood bank, hauling away goods as police stood by, seemingly powerless to act.

Thousands of businesses have been ransacked, analysts estimate.

On Wednesday, the government called out the armed forces reserves to meet a new target of deploying 25,000 troops — 10 times the number that it initially deployed and equal to about a third of active military personnel.

Relative calm returned to Johannesburg on Thursday but the situation in KZN, in the southeast of the country, was described as “volatile.”

– Police ‘overwhelmed’ -Ramaphosa defended the police, saying they had acted cautiously to avoid a catastrophe.

“Yes we could have done better, but we were overwhelmed by a situation,” he said.

The police wanted “to save lives, to make sure that we did not get into a situation which could have resulted in more mayhem… The situation could have been much worse.”

He pointed to the rollout of 25,000 troops, and predicted that “in a short space of time they will have flooded” the two regions.

Defence, security and police ministers and the top army brass went to KZN on Wednesday and Thursday to assess the situation and oversee the expanded deployment there.

In Johannesburg on Friday, an Oryx helicopter carrying the defence commander Rudzani Maphwanya landed in a car park in front of McDonald’s restaurant in Alexandra township to oversee his troops.

“We are not going to allow thugs, crooks to continue unabated,” warned Maphwanya describing the unrest as an assault to “national integrity”.

“We are going to make sure that there’s nobody who is going to challenge the authority of the state,” he said. “We will meet force with force”.

Business Unity South Africa (BUSA), a respected business lobby group, has described the unrest as “an emergency unparalleled in our democratic history” that “requires the state to take immediate action.”

The unrest has spurred fears for supply chains, including fuel, food and medicine, at a time when South Africa is struggling with a vicious Covid-19 pandemic.

The country has the highest tally of Covid-19 cases and deaths in Africa, recording more than 2.2 million infections and nearly 66,000 deaths. In the past 24 hours, the toll has risen by 16,400 cases, of which 377 were fatal.

Long lines of people trying to buy supplies have formed outside grocery shops in Durban, with some residents saying bread prices had increased by around a third.

Agriculture Minister Thoko Didiza urged shoppers in other provinces not to go “panic buying… so that the food supply chains can continue functioning, uninterrupted.”

“We have sufficient food supplies in the country, the immediate problem(s) in supply chains for the KwaZulu-Natal are getting urgent attention,” she said in a statement.

A total of 2,203 people have been arrested for various offences, including theft, according to official figures.