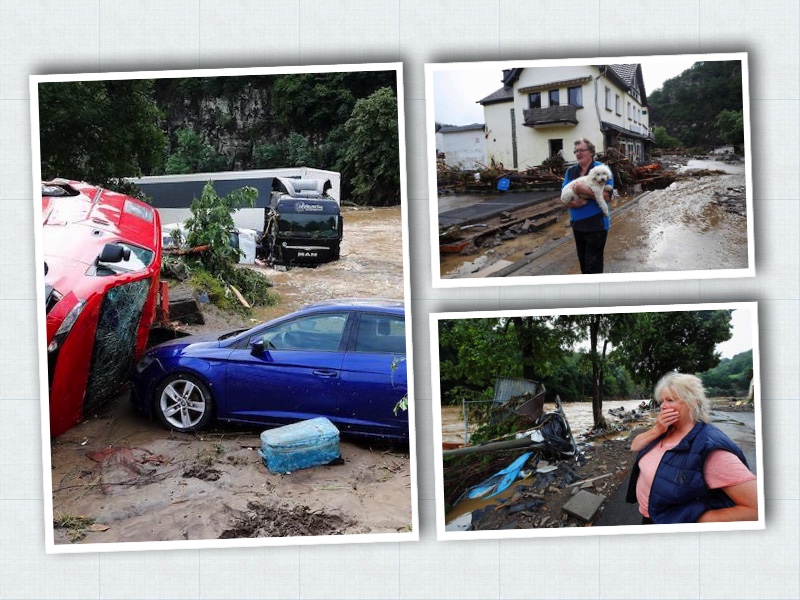 At least 33 people have died in Germany and dozens were missing on Thursday as record rainfall in western Europe caused rivers to burst their banks, sweep away homes and flood cellars.

Eighteen people died and dozens were missing around the wine-growing hub of Ahrweiler, in Rhineland-Palatinate state, police said.

This was after the Ahr river that flows into the Rhine rose and brought down half a dozen houses. 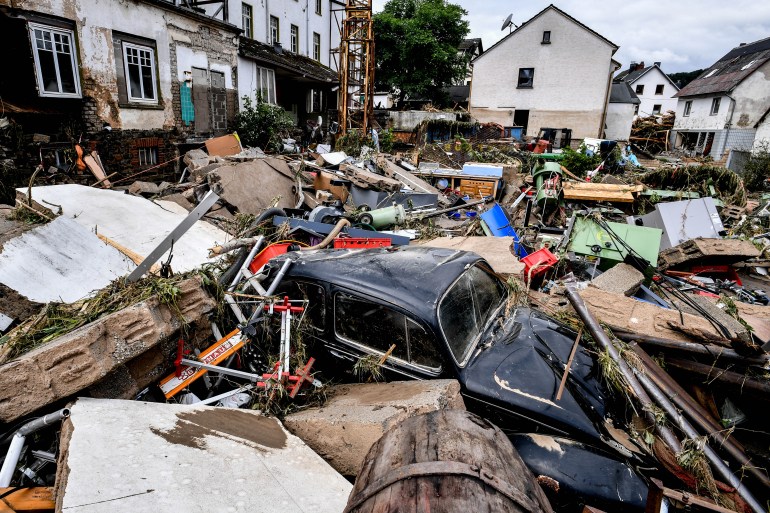 Eight people died in the Euskirchen region south of the city of Bonn, authorities said.

In Belgium, two men died due to torrential rain and a 15-year-old girl was missing after being swept away by a swollen river.

Hundreds of soldiers were helping police with the rescue efforts, using tanks to clear roads of landslides and fallen trees, while helicopters winched those stranded on rooftops to safety.

The floods have caused Germany’s worst mass loss of life in years.

Flooding in 2002 killed 21 people in eastern Germany and over 100 across the wider central European region.

“I am shocked by the catastrophe that so many people in the flood areas have to endure. My sympathy goes out to the families of the dead and missing.”

Armin Laschet, the conservative candidate to succeed Merkel as chancellor at a general election in September and the premier of the hard-hit state of North Rhine Westphalia, rushed to the flooded area.

He blamed the extreme weather on global warming during a visit to the area.

“We will be faced with such events over and over, and that means we need to speed up climate protection measures, on European, federal and global levels, because climate change isn’t confined to one state,” he said.

Climate and environmental issues are one of the main battlegrounds in the election campaign, in which Laschet is going head-to-head with Social Democrat candidate Olaf Scholz and Annalena Baerbock of the Greens.