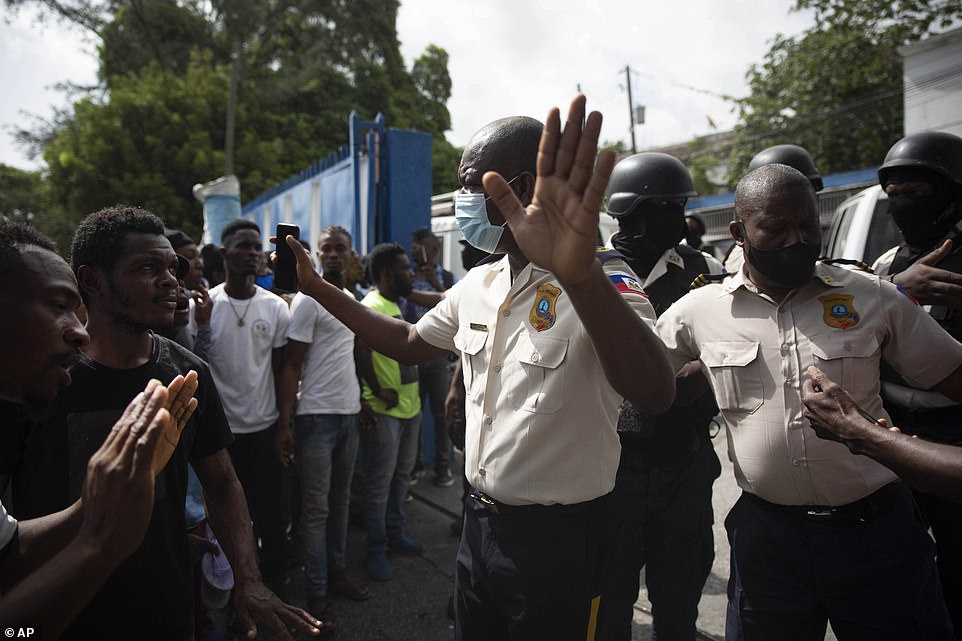 There is palpable tension at the Dunamis church dome at Lugbe, Abuja as dozens of police men and other plain-clothed state operatives have cordoned off the area in fear of possible invasion by members of the #Revolutionnow movement who are protesting the arrest of its members by the Department of State Services. 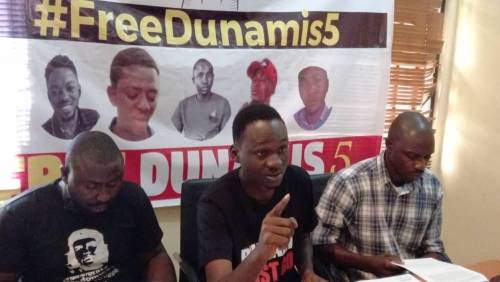 Police arrested some Youths  for wearing ‘Buhari Must Go’ T-shirts to a Sunday Service at Dunamis Gospel Church Headquarters in Lugbe, Abuja and chanting, The PUNCH has learnt.

Police handed over the activists to the Department of State Services, according to activist, Omoyele Sowore.

He said, “Police men at Dunamis Church have arrested activists wearing #BuhariMustGo T-shirts to their church service, church security later handed over to DSS officials who are currently torturing them. I thought Pastor Dr Paul Enenche was also preaching about justice! The five activists were driven away in a DSS Hilux van and two power bikes. Shame in the house of God.”

When our correspondent visited Dunamis headquarters, Lugbe, Abuja to confirm the incident, all attempts to speak with the church administrative body proved abortive as police claimed they were having meetings hence would not be able to talk about the issue at the moment.

However, a top church official, who spoke on the condition of anonymity, as he was not permitted to speak on the issue confirmed the incident.

He said “Police men sneaked into the church, I used the word sneaked because the church was not aware of their intention, no department in the church knew anything.

“They even came out for altar call and before you know it we saw that they had ‘Buhari must go’ T-shirts and they were recording people making it seem as if the church planned the protest.

“We had to hand them over to police because we believe in three things. It is either they were sent in by agencies to make sure that the church is at loggerheads with the government or either make it seem like the church sponsored the protest.

“Third is even if they have a genuine protest, the church is not the right place to go. If there is a problem in the country, the duty of the church is to pray that God help our leaders. We have handed them over to the police for investigations.”

Dozens of policemen were sighted in the area, while patrol vehicles numbering about four were also parked in strategic locations.

Human rights activist and pro-democracy campaigner, Omoyele Sowore, had threatened another mass protest if the five people arrested by police for wearing ‘Buhari Must Go’ T-shirts at the church last Sunday are not released within seven days.

Those arrested by police and detained by the Department of State Services (DSS) at the Dunamis church are Emmanuel Larry, Henry Nwodo, Samuel Gabriel, Ben Manasseh and Anene Udoka.

Sowore, at a press conference organised in Abuja, weekend, by a group called ‘Take It Back Movement’, also alleged that the General Overseer and Senior Pastor of the Dunamis church, Pastor Paul Enenche, collaborated with the Police asnd DSS to effect the arrest of the persons.