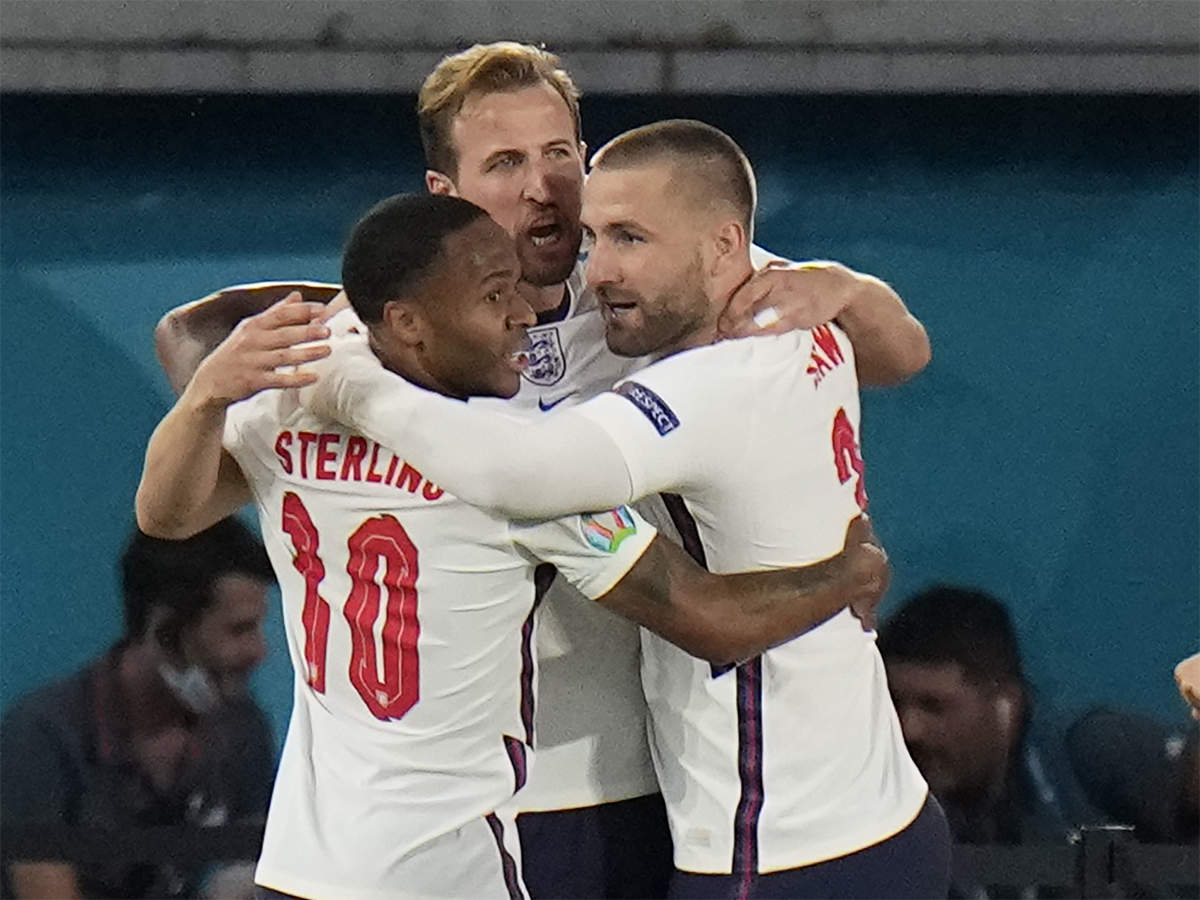 England faces Denmark in the Euro 2020 semi-finals at Wembley on Wednesday with a success-starved nation willing them on to reach their first major final for 55 years as Italy awaits the winner.

Gareth Southgate’s side is bidding to reach the European Championship final for the first time as they try to banish the ghosts of England’s ill-fated past.

But they will face a Denmark side fuelled by a sense of destiny and desire since Christian Eriksen had to be resuscitated on the pitch in their opening game against Finland.

Both sides will be playing in front of 60,000 mostly England fans for the right to play Italy, who beat Spain 4-2 on penalties at Wembley after a gripping 1-1 draw on Tuesday.

Since winning the 1966 World Cup, England has reached only four major semi-finals, including at Euro 1996, when Southgate infamously missed a crucial penalty in the shoot-out against Germany.

Those agonizing defeats have been etched in the psyche of English football ever since.

But Southgate has overseen the emergence of a vibrant young team unconcerned by the trials and tribulations of their failed predecessors in the England shirt.

Yet to concede a goal in their five matches in the tournament, England underlined their potential with a 2-0 last-16 win against old rivals Germany before routing Ukraine 4-0 in Rome.

Now they are back on home turf for the Denmark showdown and, with the final also in London, Southgate knows the Three Lions have a golden opportunity to make history.
“We don’t have as good a football history as we like to believe sometimes,” he said.

“These players are making massive strides and breaking barriers all the time. We have broken barriers in this tournament and we have another opportunity to do that tomorrow.”

England has been gripped by Euro fever since the cathartic victory against Germany and millions in homes and pubs across the country will tune in for the Denmark match.

Captain Harry Kane, who has scored three goals in his past two games, said England must prove they can deliver in front of the biggest crowd at a sporting event since the start of the coronavirus pandemic.
“We can talk as much as we want but the bottom line is we have to go out there and perform,” he said.

Surprise semi-finalists Denmark, who won Euro 92, can count on the support of many outside England after their emotional campaign.

Rocked by the cardiac arrest suffered by their star midfielder Eriksen, Denmark went into their final group game without a point.

But, with Eriksen on the mend after the shocking incident, Kasper Hjulmand’s team has embarked on a three-match winning run that has taken them to the first semi-final in 29 years.

Eriksen has been invited to the Wembley final by UEFA and Hjulmand has urged his underdogs to make it a date with their teammate.

“We still play for and with him. There’s no doubt about that. That’s the only thing I can say about Christian,” he said.

“It’s really something that makes us do as much as we can. I hope that if he comes to the final that we’re going to be playing it. It would be amazing.”

On Tuesday Italy, who failed even to qualify for the 2018 World Cup, booked their place in the final after a dramatic penalty shoot-out win over Spain at Wembley.

Federico Chiesa gave Italy the lead with half an hour to go only for Spain to substitute Alvaro Morata to equalize with 10 minutes to go.

Manuel Locatelli and Dani Olmo exchanged misses to start the shoot-out before the much-maligned Morata’s effort was saved by Gianluigi Donnarumma and Jorginho converted Italy’s winner.

“Almost nobody believed we could do it and yet we are in the final, so we are pleased for Italians everywhere,” said Mancini.