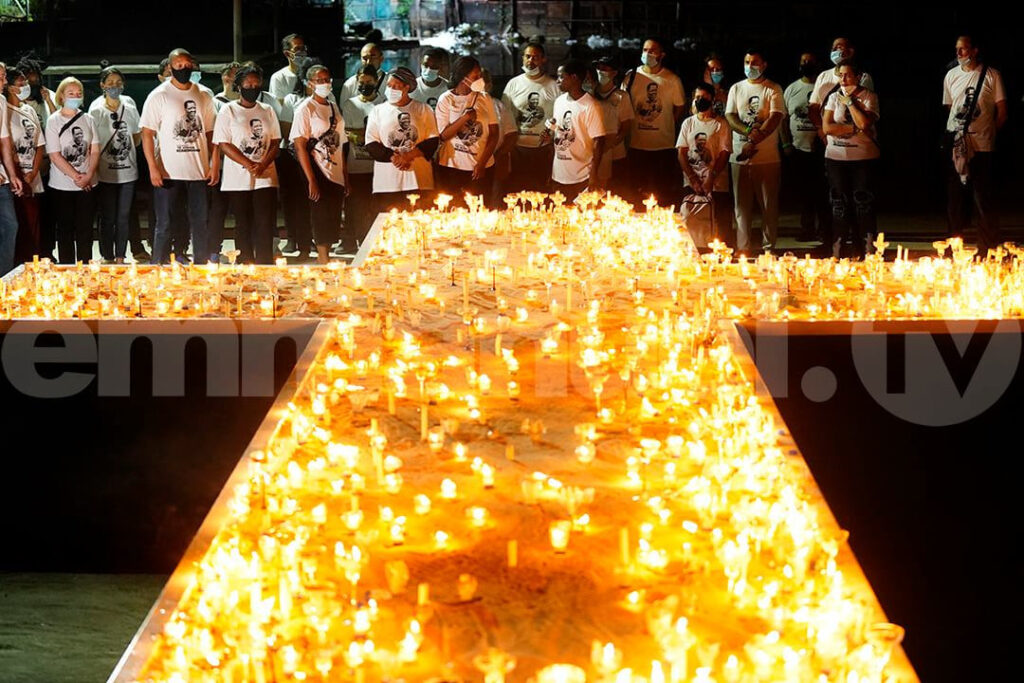 Just an hour after a candlelight service for its late founder Prophet T.B Joshua, there was a fire incident at the headquarters of the Synagogue Church of All Nations (SCOAN) on Monday, July 6, 2021.

Pulse observed the candlelight procession, which the church said had 5000 people from all over the world in attendance, although it was termed a private ceremony.

The late televangelist’s widow Evelyn Joshua who has taken over leadership of the church led the candlelight procession.

Evelyn and different church ministers spoke on Prophet T.B Joshua’s humble beginnings before leading the procession on the same path the late preacher walked every day on the walkway of prayer at the Synagogue.

Three ‘meditative laps’ of The SCOAN Prayer Mountain were held in honor of the memory of Prophet T.B. Joshua before the attendees gathered at the ‘the Junction of the Cross’ to drop their burning candles.

After the candlelight service, there was a fire outbreak at the storehouse within the SCOAN complex at about 11 pm.

The church confirmed the incident which was caused by an electrical fault, but it was quickly put out before officials from the Lagos State Fire Services arrived at the scene.