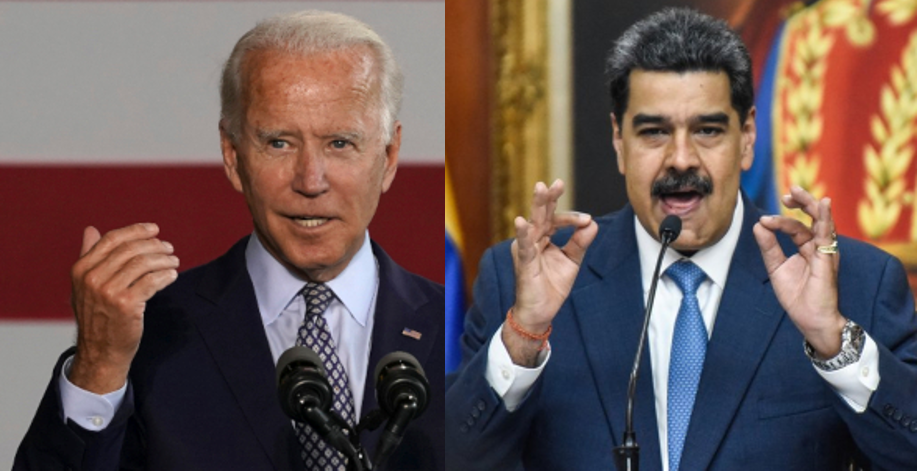 In a letter addressed to Guaido with the salutation “Dear Mr. President” sent Monday on the occasion of the anniversary of Venezuela’s independence, Biden said, “Under your leadership and in coalition with civil society leaders you are preserving those ideals of freedom, democracy, and sovereignty.”

Biden told Guaido in the letter that the United States is committed to a transition of power in Venezuela.

The letter of support for the botched coup leader was sent as efforts are underway to resume negotiations with Venezuela President Nicolas Maduro’s government.

Last month, the US and the European Union claimed they would be willing to renegotiate certain sanctions if the Venezuelans made strides toward “credible elections.”

Earlier this year, the White House had said President Biden is in “no rush” to remove US sanctions against Venezuela, signaling the continuation of his predecessor Donald Trump’s unsuccessful efforts to overthrow the elected government of President Maduro.

Maduro on Friday accused the United States of plotting to assassinate him, saying, “Has Joe Biden signed off on Donald Trump’s orders to bring a civil war to Venezuela and to kill us? Yes or no? I’m asking.”

The Venezuelan president was referring to a visit by CIA director William Burns and SouthCom chief Craig Faller to Colombia and Brazil.
Guaido, former president of the National Assembly, has this week led rallies, calling for new elections, after the main opposition parties boycotted the 2018 presidential election and the 2020 legislative elections.

Venezuela descended into political turmoil after Guaido unilaterally declared himself “interim president” in January 2019, arguing that Maduro’s reelection in 2018 was fraudulent.

With Washington’s greenlight and help from a small number of rogue soldiers, Guaido later launched a botched putsch against the elected government.

The Trump administration recognized Guaido as the legitimate leader of Venezuela and publicly pursued a “regime change” policy against Maduro.

Washington and Caracas broke off diplomatic relations in 2019 after Trump’s recognition of Guaido’s mandate.

The Trump administration also imposed crippling sanctions against the oil-rich Latin American country in an unsuccessful effort to oust Maduro as Venezuela has plunged deeper into a political, economic, and humanitarian crisis.

The Biden administration has also reaffirmed US recognition of Guaido as Venezuela’s interim president and has ruled out negotiations with Maduro anytime soon.

The sanctions, which include illegal confiscation of Venezuelan assets abroad and an economic blockade, have caused enormous suffering for millions of people in the country.