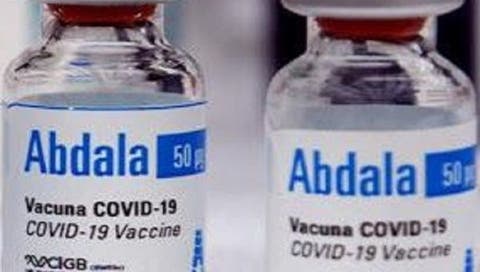 President Nicolas Maduro has instructed government officials to push the COVAX system to either deliver the coronavirus vaccines that Venezuela has already paid for or return the money.

Maduro said on live TV on Sunday that Venezuelan officials had been told to “give the COVAX system an ultimatum: they send us the vaccines or they give us the money back, period.”

COVAX is a worldwide initiative linked to the World Health Organization (WHO) founded with the purpose of facilitating equitable access to COVID-19 vaccines to all countries across the globe.

Maduro said the international body had failed to deliver the share of vaccines it promised to Venezuela.

“The COVAX system has failed Venezuela,” the president said.

Maduro said contacts with the vaccine alliance formerly known as the Global Alliance for Vaccines and Immunization were to no avail.

He said all pending payments had been made to the global vaccine-sharing scheme.

READ ALSO:  US, UK must act on United Nations reparation demands for descendants of African slaves

Venezuela received word from COVAX in June that the last four payments had been blocked by Swiss bank UBS.

The payments to cover the $120 million fees have already been made, Maduro said.

Harsh economic sanctions have been imposed by the United States on Venezuela in order to bring about regime change in the oil-rich Latin American country.

Earlier this year, Maduro stressed Venezuela’s good ties with Cuba and its participation in the process of making the Cuban-made coronavirus vaccine named Abdala.

Venezuelan health authorities, who had previously received vaccine shipments from Russia and China, received a shipment of the Cuban-made vaccine last week.

Havana, which has signed a deal to deliver 12 million doses of Abdala vaccines to Caracas, reported last month that the vaccine efficacy rate was over 92 percent.

Venezuela has recorded 277,635 cases of the novel coronavirus and 3,190 deaths, according to official data.