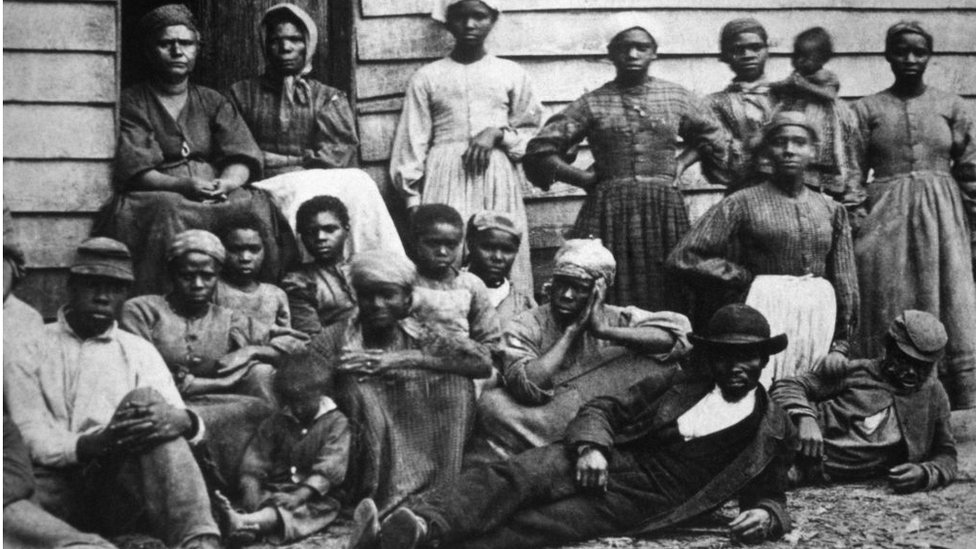 Calls for the United States, the United Kingdom, and other countries to pay reparations and take serious measures to tackle anti-Black racism have continued to gain momentum, this time with demands from the United Nations to take decisive action off the back of findings from a report, first undertaken following the murder of George Floyd in 2020.

Now, following an intensive study, the UN High Commissioner for Human Rights Michelle Bachelet called on countries including the US and the UK to “stop denying-and start dismantling racism”, recommending that countries implicated and which benefited from the slave trade make amends through reparations and by eradicating modern legacies and realities of systemic racism resulting from slavery which remain deeply entrenched in societies which have never accounted for their past, while often actively denying it.

Roughly 60 countries were named in the findings of the study which ought to add even more weight to the legitimate and ever-growing campaign for compensatory and restorative justice for the descendants of captive Africans who are still living the impacts of anti-Black racial injustice, which amount to serious breaches of human rights, and with particular regard to anti-Black policing, crimes against humanity, according to legal experts.

US President Joe Biden, who many argue rode the coattails of the Black vote in the United States to a very narrow victory in last November’s Presidential election, promised to millions of Black Americans that he would ‘have their back’ in return for their votes. However, so far he has neither met with rapper Ice Cube, one of the more well-known and visible advocates for Black justice in America nor has his administration acknowledged the report outlining the reasons why US anti-Black policing meets the criteria for crimes against humanity.

The recent UN research drew on the expertise of approximately 300 experts, and, similar to the review recognizing crimes against humanity against Black people, frames the ongoing anti-Black racism in the US as an epidemic, pointing to problems in policing and the need for criminal justice reform.

Many countries have been named in the UN’s findings, but the US and UK remain firmly under the spotlight, especially since the United Kingdom recently produced its own government-backed report suggesting that the UK is not institutionally racist, despite a wealth of evidence pointing to the very opposite.

In fact, Britain is often missing from debates and conversations around reparations, but if the US has an obligation to pay up, so too does Britain considering its role as one of the leading slave-owning and trading nations.

And we know that when the political will exists governments can pay up if they want to. When slavery was finally grinding to a halt, the only way British slave-owners would concede to demands to give up their ‘property’ of human beings, would be through compensation. And so the government agreed. It’s estimated that by 1834, some 46,000 slave owners had been compensated in Britain’s colonies, for their loss of ‘property, after slaves were freed, to the tune of roughly twenty-three billion pounds in today’s money. In 1834, this represented 40% of the government’s total budget. And this financial bailout was the biggest bailout in British history, prior to the bank bailout of 2009, following the global financial crash.

Britain compensated tens of thousands of slave owners, but those who had actually been enslaved, and whose families had endured centuries of terror, rape and murder, received nothing.

Fast forward to today, and the road to reparations is as slow as ever. In the United States, a bill to look at and examine the possibility of reparations, first tabled in the 80s and recently brought back to life, is unlikely to become law and to amount to much.

In Britain, not only are reparations almost never mentioned, but Britain and the establishment are in deep denial about Britain’s role in the slave trade and slavery and continue to wallow in denialism, repeating the false claim, among others, that the UK was the first nation to end slavery when in fact Haiti abolished it immediately and completely in 1804.

The recent UN report will likely fall on deaf ears in regards to the United Kingdom and Britain, but it should remind the world that both countries can never escape their legacies and ultimately cannot run away from their legal obligations forever. Many people believe that unless countries like Britain and the US, built up and financed by slavery, make real moves towards restorative and compensatory justice, and truly eradicate racism, the long-term price that they might end up paying may be far greater than the reparations they owe.