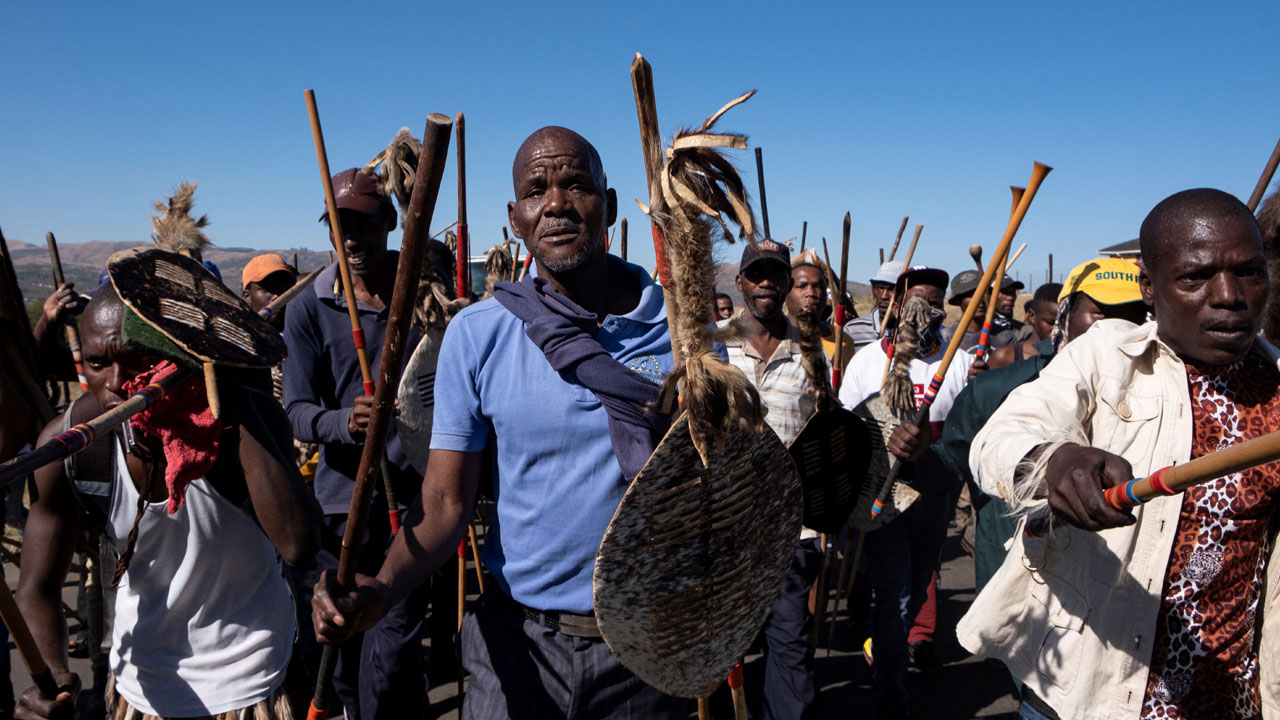 Hundreds of supporters of former South African president Jacob Zuma have gathered outside his rural residence to voice their stern opposition to a decision by the country’s top court to jail the 79-year-old for 15 months for failing to appear at a corruption hearing earlier this year.

Zuma’s supporters, many of them military veterans and politicians, gathered outside his home in the town of Nkandla in KwaZulu-Natal province on Saturday after the constitutional court told the former president to hand himself in to start his 15-month jail term.

The court has given Zuma until the end of Sunday to surrender himself to authorities, after which police are obliged to arrest him for defying an order in February to attend court hearings on graft investigations led by Deputy Chief Justice Raymond Zondo.

Zuma’s supporters, many of them camping out overnight, censured Zondo’s ruling and vowed outside the former leader’s Nkandla homestead that they were willing to die rather than endure watching him being arrested.

“They can give Zuma 15 months … or 100 months. He’s not going to serve even one day or one minute of that,” his son Edward Zuma said at the gathering. “They would have to kill me before they put their hands on him.”

“We are going to fight and willing to die for the president, that is all that I am going to say,” another supporter said.

Donning traditional leopard skins and ostrich feathers and wielding spears, shields, and clubs, some other Zuma supporters marched in the streets of Nkandla and sang traditional songs of praise dedicated to the former South African president.

Reports said there were no police around the major road leading to Zuma’s homestead to make any arrests as gatherings are illegal due to the coronavirus pandemic.

Zuma has asked the court to annul the sentence on grounds that it is excessive and could expose him to COVID-19.

In an application submitted on Friday, Zuma said going to jail “would put him at the highest risk of death” from the pandemic because he was nearly 80 and has a medical condition.

Calling the jail sentence a “political statement of exemplary punishment,” Zuma has denied any wrongdoing and said he was the victim of a political witch hunt and that Zondo is biased against him.

Zuma had until the end of Sunday to hand himself in, but on Saturday the court agreed to hear his application, suspending the order.

The South African Broadcasting Corporation (SABC) reported that the court will hear his application on July 12.

Zuma was removed from office by his ruling African National Congress (ANC) in February 2018, in a move orchestrated by allies of his successor Cyril Ramaphosa.

He was forced to resign when ANC lawmakers turned against him over accusations of having links to the wealthy India-born Gupta family, who are alleged to have influenced his government. Zuma and the Guptas, however, deny the allegations.

The former president is also charged with 16 counts of graft linked to an arms deal from before he became president.