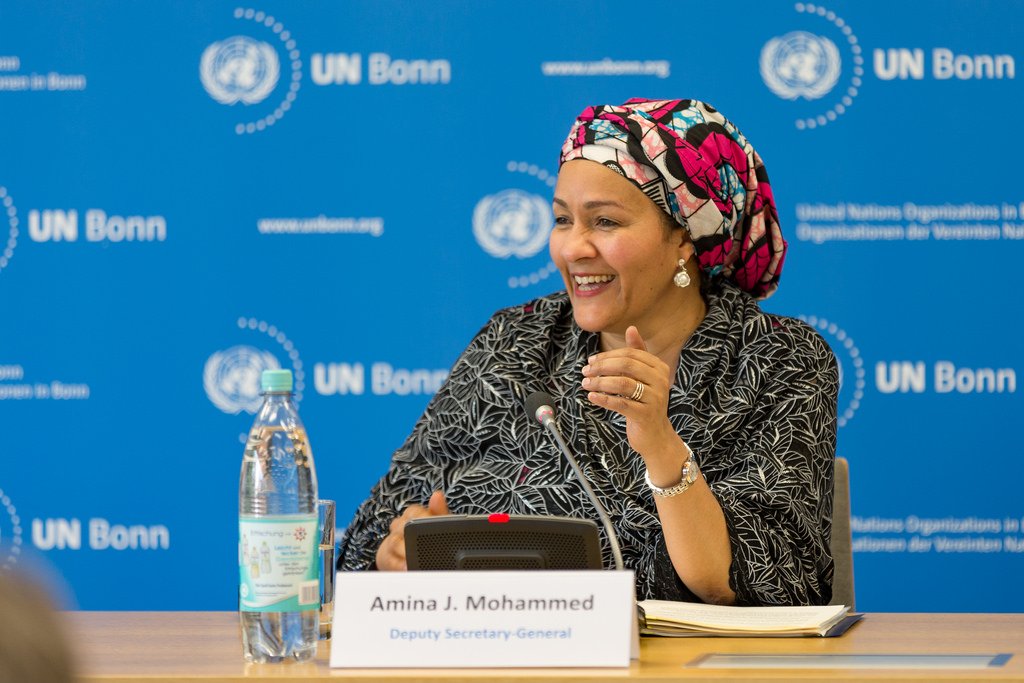 The United Nations Deputy Secretary General, Amina Mohammed, has called for more investment and development of Nigerian youths and women to address the issues of insecurity and fake news.

She made the call during a courtesy visit to the Minister of information and Culture, Lai Muhammed, in Abuja, Nigeria’s capital.

She said that investing in human resources is one of the major ways to deal with insecurity in the country.

“It is our concern that we do have challenges of insecurity, that is not Nigeria alone the whole sub region has come up against many challenges to insecurity but we believe that the best solution to that is more investment and development in young people and women and help them realise their own aspiration through job and access to their economy”, Mohammed said.

She also said that “from the United Nations we have to reiterate the importance of freedom of speech as a fundamental human right and how ever justice is served. With every obligation; where there is right, there is obligation.

And I think what we have to do is to better educate, we have to set norms and standard which will allow enabling environment where communication can happen in a way that it does not harm; this is incredibly important to when one wants to communicate”.

Mohammed noted that development is moving so fast, therefore there is the need for all nations to strive for new options in communicating.

He however said that those liberties should be used with respect to obligations that have been set.

“We cannot but continue to reinforce to ask you reinforce this. Yes we have taken action in the national interest of the country.

The recent decision of the government in suspending the operation of Twitter is actually meant primarily at ascertaining our sovereignty and ensuring that Nigeria is peaceful and that nobody will use its platform to promote insurgency or insecurity”, he said.

Fake news
The Minister of Information however highlighted on the dangers of fake news.

“In less than four years the 146-kilometer dual carriage road between Lagos and Ibandan was completed, also the 300 plus road between Ajakuta and Warri, but unfortunately all tese laudable achievements of the Federal government is been drowned by the activities of the non-state actors whether in the South East or North East.

We just want the understanding of the United Nations and the entire world that yes we have peaceful challenges but we are not giving up. Nigeria is a very safe country to invest; yes we have challenges in certain areas of the country but that is not the whole country”, he added.

According to the UN, freedom of speech, communication, and information are the software of explaining how one makes investments and the growth of the nation.