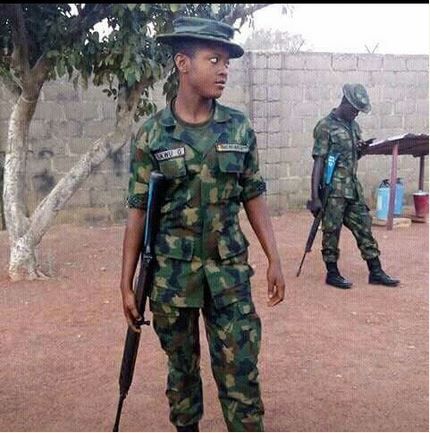 The woman spoke loudly in Yoruba as she commanded others to take along with them the cats in the compound.

One of the occupants of the residence of Chief Sunday Adeyemo, popularly called Sunday Igboho, who escaped the attack on his residence on Thursday, has said a woman in military uniform led the attackers to the house.

He said Igboho was in the building when the gunmen arrived at the house and saw them struggling to open the gate before he managed to escape from the gunmen.

It was reported that at least two people were reportedly killed during the attack. 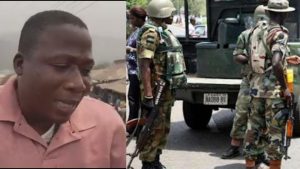 Speaking about the incident, the source who was visibly angry, said Igboho was betrayed by some Yoruba people benefitting from the “massive corruption going on in Nigeria today”.

According to him, the woman spoke loudly in Yoruba as she commanded others to take along with them the cats in the compound because she thought Igboho might have turned into a cat.

“I heard the lady speaking Yoruba, saying they should pack all his cats. Meanwhile, those cats were bought the day Chief told us that rats had been disturbing the house.

“They took away the cats as if the man turned to a cat. They don’t know that God has a way of keeping those who are fighting for the masses. With this now, they have proved again that some Yoruba people are betrayers.

“Why must Nigeria live together as a nation if our living together is not working. Nigeria is under a curse. It can’t work and we must decide on the next thing to do. (President Muhammadu) Buhari cannot send troops to attack SheikhAhmad Gumi and other criminals in the North but he can send them to attack Igboho’s residence.”