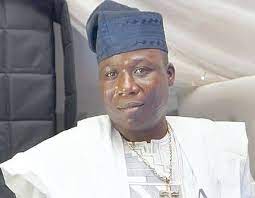 At least seven persons have been killed during an attack on the residence of Yoruba nation agitator Sunday Adeyemo, popularly known as Sunday Igboho, by gunmen dressed in military attire.

Leader of the umbrella body of Yoruba self-determination groups, Ilana Omo Oodua (IOO), Banji Akintoye disclosed this on Thursday in a statement made available to newsmen by his Communications Manager Maxwell Adeleye.

The statement said that Igbohon’s residence in the Soka area of Ibadan, Oyo State capital, was attacked in the early hours of Thursday.

Akintoye alleged that the attack was carried out by elements of the Nigerian Army who were accompanied by international allegedly terrorists hired by the Nigerian government.

He further disclosed that the gunmen killed seven occupants in the building and whisked away Igboho’s wife and several others.

“This is an emergency response to an emergency matter by Ilana Omo Oodua. Around 1:00 am today Thursday 1st July 2021, the Ibadan, Oyo State residence of one of the leading men in our struggle for self-determination in Yoruba Land, Chief Sunday Adeyemo fondly called Sunday Igboho was unfortunately attacked by gunmen.

“I want to say to the whole world that the attack was carried out by the elements of the Nigerian Army who were accompanied by International Terrorists hired by the Nigerian State,” the statement said

“Seven people were killed by the attackers, with their corpses taken away. Scores of people, including the wife of Chief Ighoho, were also taken away by the gunmen,” he added.

Akintoye, who is one of the leaders of ‘Yoruba nation’, a political movement championing the struggle for the actualisation of an independent nation of the Yoruba race blamed the incident on President Muhammadu Buhari.

He stressed that the attack on Igboho’s residence was unnecessary.

According to him, the Yoruba nation agitators have continued to comply with provisions of the Nigerian constitution and international laws in their quest for self-determination.

Police Public Relations Officer (PPRO) Oyo State Police Command Adewale Osifeso, did not respond to several phone calls and text messages from The ICIR as of the time of filing this report.

Also, Spokesman of the Nigerian Army Clement Onyeama did not answer phone calls when The ICIR‘s reporter tried to contact him on Thursday.