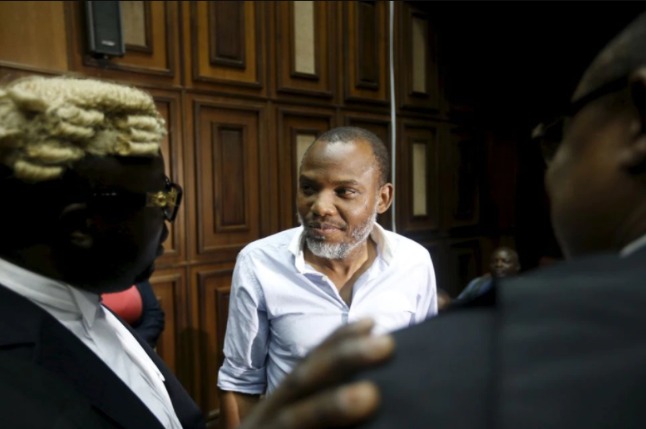 Nnamdi Kanu, the leader of a group calling for the secession of a part of southeastern Nigeria formerly known as Biafra has been arrested and is being held in the capital Abuja to face trial, the justice minister said on Tuesday.

Nnamdi Kanu appeared in court and his case was adjourned until July 27, a spokesman said.

Attorney General and Justice Minister Abubakar Malami told state news channel NTA that Kanu was detained on June 27 and “brought back” to Nigeria, but he did not say from where.

“Kanu has been intercepted through the collaborative efforts of the Nigerian intelligence and security services,” Malami said.

Eric Ikhilae, a reporter with the Nation newspaper, said he saw a hooded Kanu brought into the court by security agents.

Kanu leads the Indigenous People of Biafra (IPOB), which the Nigerian military has labelled a terrorist organisation. An IPOB spokesman said it could not confirm the arrest. 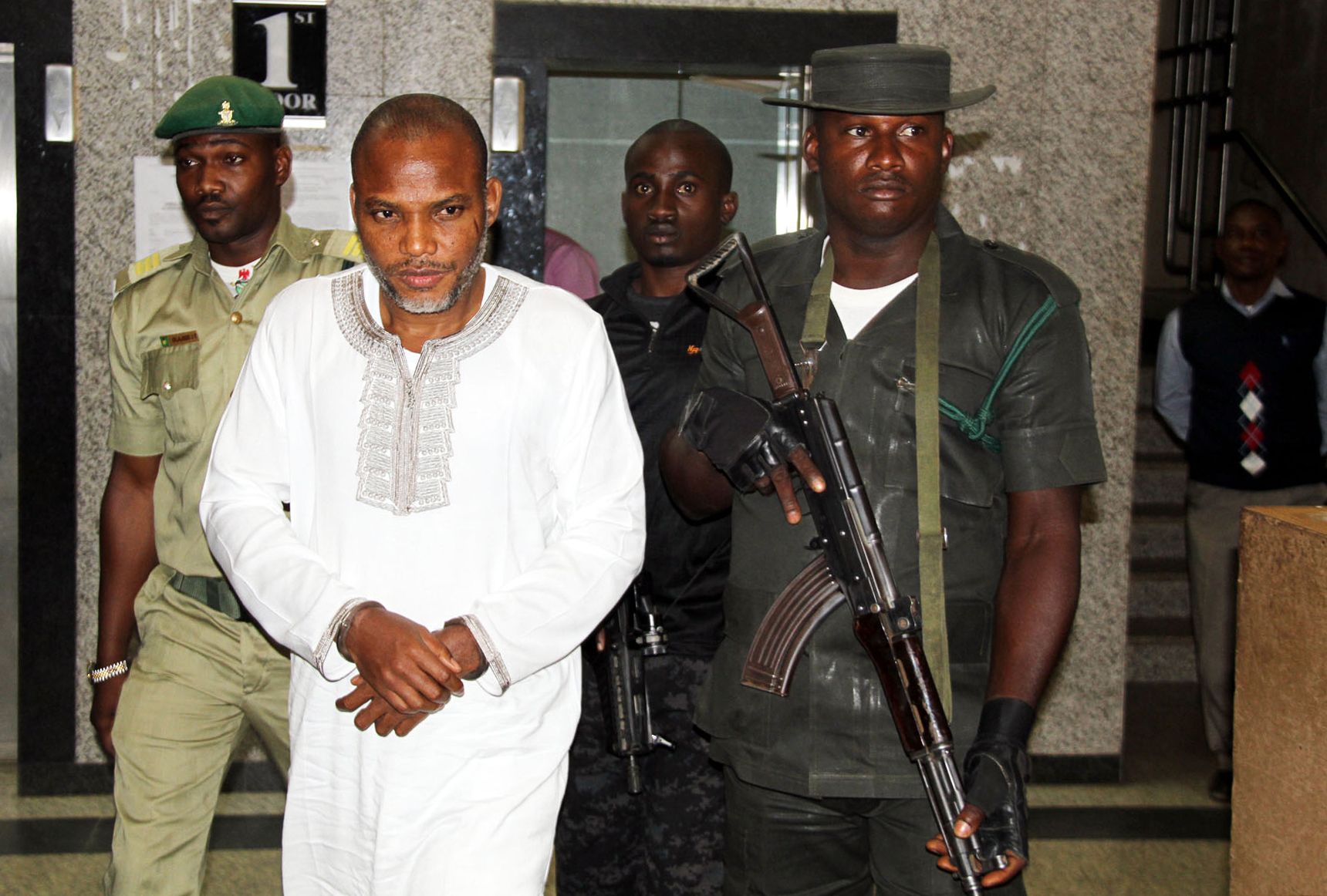 IPOB leaders have called for the secession of the southeastern region which tried to secede from Nigeria in 1967 under the name of Republic of Biafra, triggering a three-year civil war in which more than a million people died, mostly from starvation.

Kanu spent two years in jail fighting charges of criminal conspiracy and belonging to an illegal organisation, but disappeared after he was released on bail in April 2017.

READ ALSO: Ethiopian troops are seen in the Tigrayan capital, Mekelle, in Ethiopia

Since then, Kanu’s whereabouts have been unclear, but the government has blamed his social media posts for rising violence and a spate of attacks across southeastern Nigeria.

Information Minister Lai Mohammed cited Kanu’s posts as a factor in the government’s decision to suspend Twitter earlier this month.

In May, police launched an operation in southeast Nigeria to quell the rising violence and crime, triggering fears of a return to war.