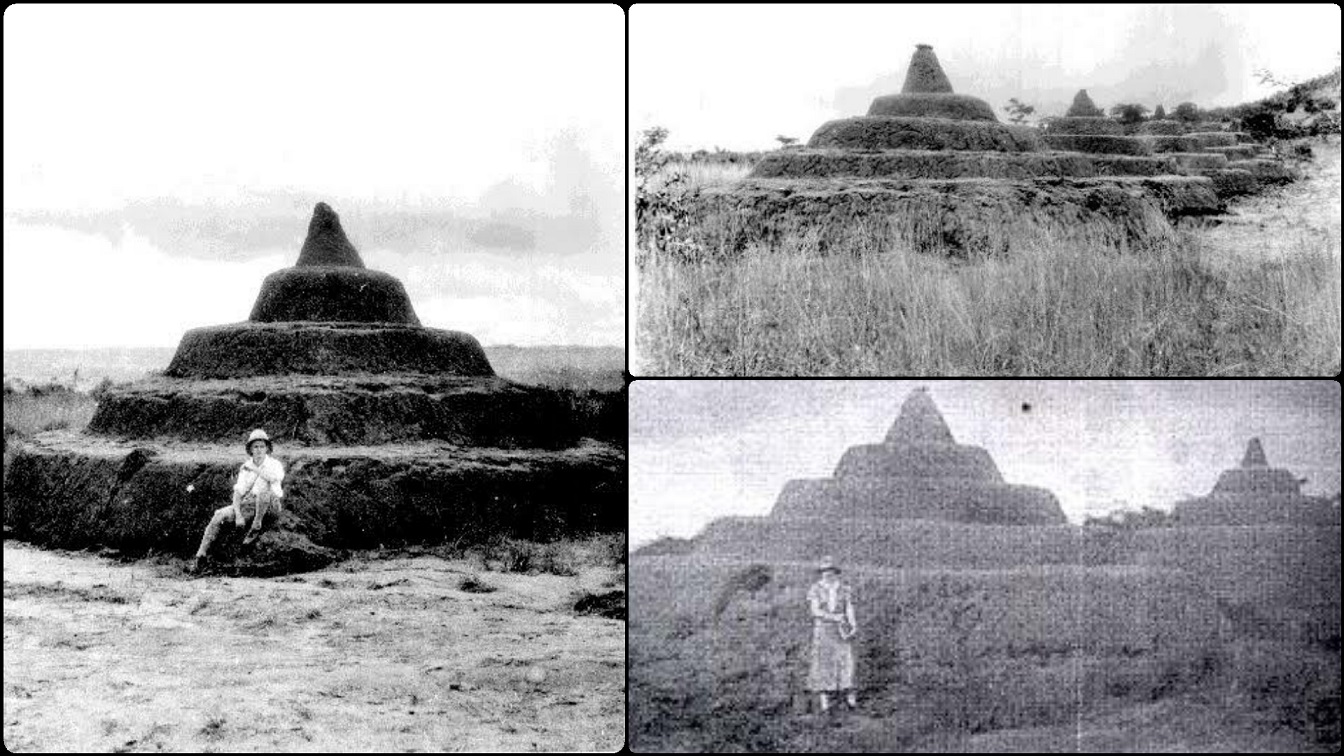 Jones in 1935 was building up an extraordinary photographic record of Southeastern Nigerian culture when he stumbled upon the clay-formed wonders.

Armed with his Roloflex camera Jones took shots of the 10 circular stepped pyramids. The Nsude pyramids are however yet to be carbon dated, but judging by the black and white photos (taken in 1935), they are ‘very old’.

The first base section was 60 ft. in circumference and 3 ft. in height. The next stack was 45 ft. in circumference. Circular stacks continued, till they reached the top. The structures were temples for the god Ala/Uto, who was believed to reside at the top. A stick was placed at the top to represent the god’s residence. The structures were laid in groups of five parallel to each other. Because it was built of mud like the Deffufa of Nubia, time has already taken its toll on it.

The pyramids are located in Udi, Enugu, Nigeria but have long been forgotten and are probably in ruins just like the great walls of Kano.

Strikingly, these pyramids bear resemblance to the Step Pyramid of Saqqara, in Egypt constructed in 2648 BC. More fascinating is the similar replication of Nubian-like pyramids thousands of miles away from the Nubian area in the heart of Igboland.

Evidence like this indicates a strong level of correlation between the ancient Egyptians and the ancient Igbo.