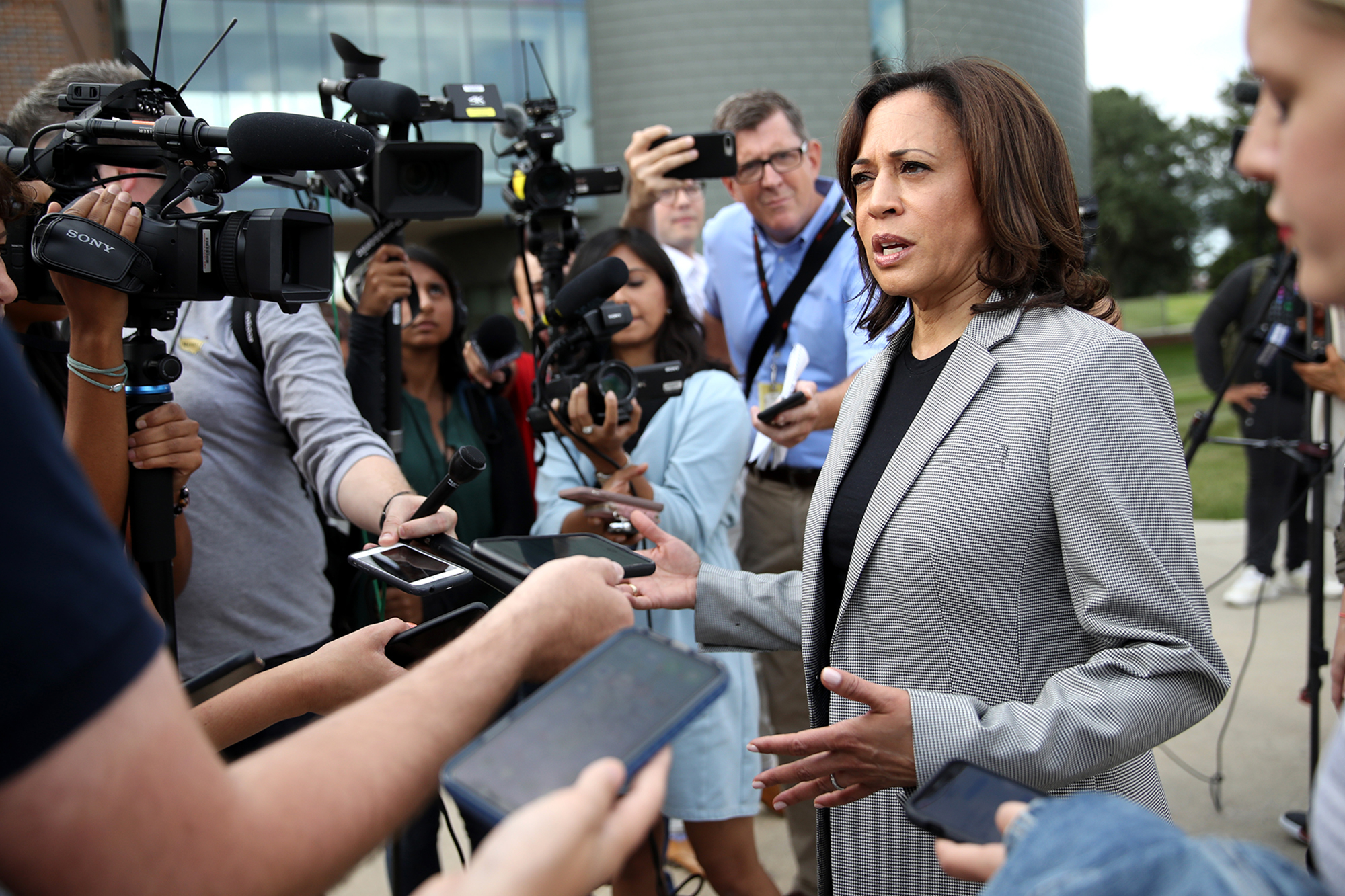 More than 55 House Republicans have urged US President Joe Biden to remove Vice President Kamala Harris from her role in dealing with the migrant crisis, saying Harris failed to “appropriately respond” to the crisis at the southern border.

“Despite being in the midst of a border crisis this country has not seen in two decades, Vice President Harris has not yet shown adequate interest in observing this crisis first-hand,” the lawmakers said in a petition on Friday.

“In the 85 days since the Vice President has been tasked with solving this crisis, she has yet to visit the border and meet with Border Patrol agents, Immigration and Customs Enforcement (ICE) officials, and local law enforcement officials.”

The Republican lawmakers stressed that the VP and border czar “wrongly presumes that ‘root causes of migration can only stem from a migrant’s country of origin,” noting that illegal immigrants are continuing to cross the border not only from Central America but from other countries, in numbers significantly increased over last year.

READ ALSO:   The US pursuing own plots in Yemen under cover of humanitarian issues: Ansarullah

Biden appointed Harris in March to handle the “root causes” of the huge migration influx from Central America, with the White House later clarifying that the vice president would focus on diplomatic contacts.

Harris recently visited Guatemala and Mexico as part of the Biden administration’s efforts to mitigate the increased flow of migrants at the border and fight “root causes” of the current wave of refugees.

The vice president is accused of not taking the border situation seriously – when a reporter noted that she had not visited the border, the vice president laughed and responded to the remark by saying that she “hasn’t been to Europe” either.
The influx of migrants, in particular unaccompanied children, came after Biden unwound Trump’s “hardline immigration policies” immediately after he assumed office in January.

Biden issued a flurry of immigration-related executive decisions, including orders to end “extreme immigration enforcement”, and preserve and fortify the Deferred Action for Childhood Arrivals (DACA) program, which gives work permits and protection from deportation to people brought illegally to the US as minors.

The US president also halted the construction of Trump’s Mexico border wall and ordered an end to the “Remain in Mexico” policy, under which tens of thousands of asylum applicants were awaiting rulings in Mexico.

Although the border was officially closed amid the COVID-19 pandemic, about 65 percent of families and 15% of single adults are still released into the US to await their immigration cases, according to the April figures by US Customs and Border Protection.

The Biden administration has been sharply criticized by both fellow Democrats and Republicans for its handling of the refugee crisis at the border and failing to provide proper facilities with adequate facilities to the migrant children, exposing them to various dangers.

More than 4,300 unaccompanied children who crossed the US-Mexico border are being held at a makeshift detention center in Texas under distressing conditions.

Biden’s order to use Trump-era detainment facilities to house migrant children – which Democrats would often use to accuse Trump of putting “kids in cages” – has also drawn sharp criticism.

Most of them are teenagers from Guatemala, Honduras or El Salvador, though some have been reported to be as young as six.

Persecution, gang violence, and poverty are the reasons parents have seen sending them to seek refuge in the US, though they remain vulnerable to exploitation and sexual abuse along the way.

Texas Governor Greg Abbott has blamed President Biden for the deepening humanitarian crisis at the border with Mexico.

“President Biden’s open-border policies have paved the way for dangerous gangs and cartels, human traffickers and deadly drugs, like fentanyl, to pour into our communities,” Abbott said. “Landowners along the border are seeing their property damaged and vandalized on a daily basis while the Biden administration does nothing to protect them.”