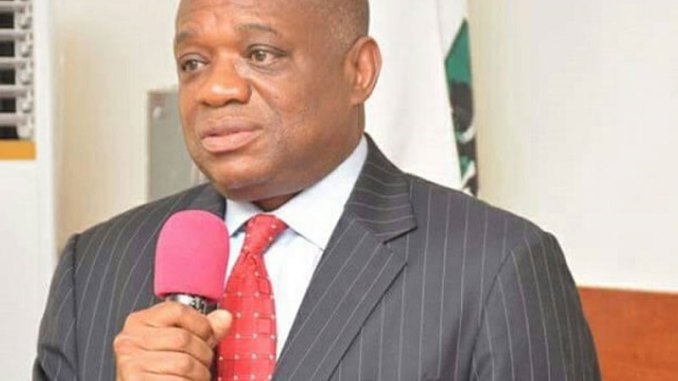 Chief Whip of the Senate, Sen. Orji Kalu, has congratulated the President of the Nigerian Guild of Editors (NGE), Mustapha Isa, over his re-electiom.

Kalu, in a congratulatory message to the re-elected Isa and returning, new executive members of the guild, hailed the peaceful election of the NGE in Kano.

He appealed to media practitioners to embrace the doctrine of the profession for the sake of building a decent society.

“I am delighted to congratulate the re-elected President, Mustapha Isa and executive members of NGE.

“The NGE is a key stakeholder in nation building.

“The media has a strategic role to play in the social, economic and political development of Nigeria.

“The leadership of the umbrella body of editors is made up of credible, respected and brilliant professionals who have the capacity to drive the affairs of the media body.

“I wish the executives and members of the NGE continued success in their endeavours”.

Kalu called on stakeholders in the media industry to sustain their support for the NGE, adding that sustainable development can only thrive in an atmosphere of press freedom.

The News Agency of Nigeria (NAN) reports that Isa defeated his opponent, Victoria Ibanga after polling 176 votes against Ibanga’s 54 votes.