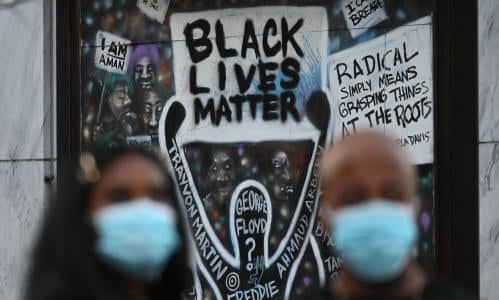 US Black activists have marched in Tulsa, Oklahoma as the city marked the 100th anniversary of the 1921 Tulsa massacre. The protesters, some of them armed from Black Panthers and several gun club members from across the US, gathered in Tulsa on Saturday afternoon for the event, called the ‘Second Amendment March for Reparations’.

The Tulsa race massacre occurred on May 31, 1921, when white residents of the city took up arms against their Black neighbors, killing about 300 people, according to a Human Rights Watch report that called for reparations.

More than 6,000 survivors and Black Tulsa residents were also sent to internment camps and held.

White rioters tore through Greenwood District, the richest Black neighborhood in the United States at the time, destroying over 20 churches, more than 2,000 Black-owned businesses and homes, and 36 square blocks of the neighborhood, according to the Greenwood Cultural Center.

The massacre also left thousands of Black residents homeless and wiped out the wealth of the Greenwood District.

For decades it was not clear where many bodies of the slain Black residents were buried, but recent archeological work points to a mass grave near the Arkansas River, according to media reports. Dig work at the site was halted last year due to the coronavirus pandemic.

The Saturday’s rally came amid US protests against racism and police brutality, which once again came under the spotlight after the last May killing of African-American George Floyd by a white police officer who knelt on his neck for nearly nine minutes.

The incidents of violence perpetuated against people of color in the US have witnessed an alarming surge, with Floyd’s diabolical murder and the subsequent high-profile trial of the white police officer shining a light on the phenomenon.

The recent wave of US police killings of African Americans has also become an emblem of the anti-racism Black Lives Matter movement.

Floyd’s killing and large-scale protests against racist violence in the US, however, did not make the lives of African Americans and Asian Americans safer. The violence continues unabated across the United States under the Biden administration.

Experts have attributed the anti-Black violence largely to former US President Donald Trump’s racist rhetoric, which encouraged trigger-happy cops and white supremacists to target people of color and get away with it.