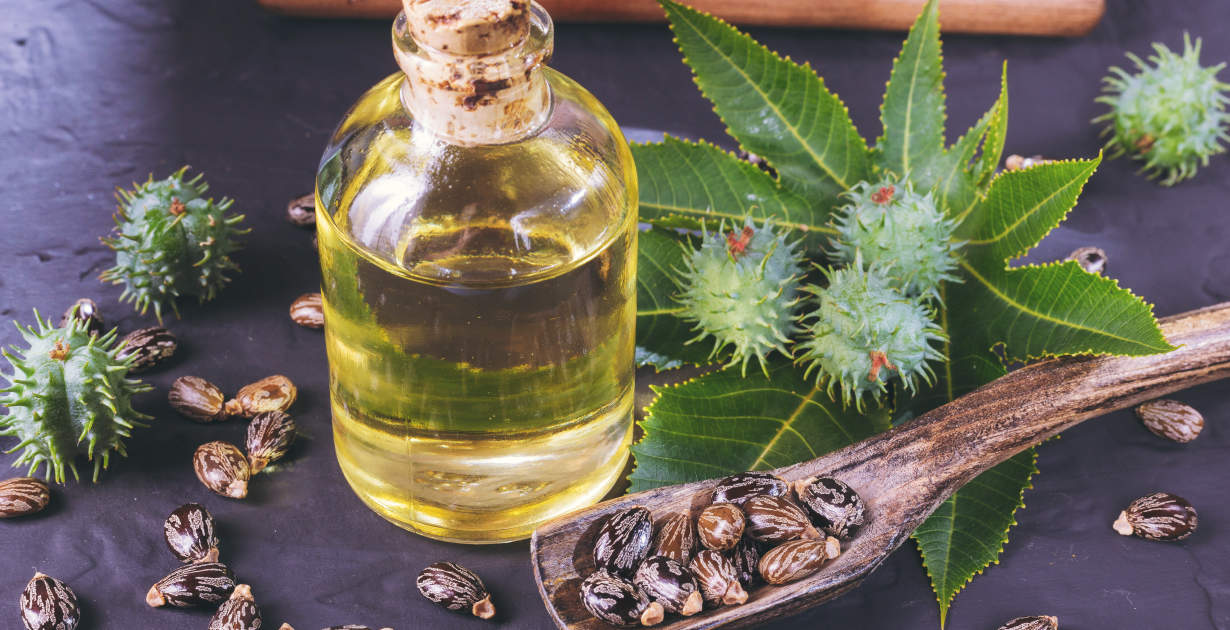 The use of castor oil goes as far back as the ancient Egyptians, who used it to treat eye irritations and as a potent natural skincare treatment. For centuries, at the first sign of illness, elders would immediately turn to give their children castor oil either topically or internally to naturally boost the immune system and speed up healing.

Castor oil is a nonvolatile fatty oil that comes from the seeds of the castor bean plant which belongs to the flowering spurge family. Castor oil, also called Ricinus oil, is very thick with a color that ranges from clear to amber or somewhat green. It has a mild scent and taste.

Castor is said to be one of the oldest cultivated crops. Many of castor oil’s benefits come down to its chemical composition. It’s classified as a type of triglyceride fatty acid, and almost 90 percent of its fatty acid content is a specific and rare compound called ricinoleic acid.

Castor oil is considered to be pretty unique because ricinoleic acid is not found in many other substances, plus it’s such a dense, concentrated source. It is produced by cold-pressing the castor bean seeds to extract their natural oil content.

Castor oil is somewhat of a miracle oil and has lots of health benefits including healing properties and immune system boosting effects. Here are 5 ways you can use castor oil and help your body today!

Here are the 5 body-boosting benefits of castor oil

1. It is a potent, natural laxative

Perhaps one of the best-known medicinal uses for castor oil is as a natural laxative. It is known as a stimulant laxative which means that it increases the movement of the muscles that push material through the intestines, helping clear the bowels. It acts fast and relieves the uncomfortable effects of constipation.

Although castor oil is considered safe in small doses, larger amounts can cause abdominal cramping, nausea, vomiting, and diarrhea so use it sparingly and only when needed. If in doubt, talk to your doctor before using it.

Applying castor oil to wounds creates a moist environment that promotes healing and prevents sores from drying out.

Castor oil stimulates tissue growth so that a barrier can be formed between the wound and the environment, decreasing the risk of infection. It also reduces dryness and cornification, the buildup of dead skin cells that can delay wound healing.

Studies have shown that those whose wounds were treated with castor oil experienced higher healing rates and shorter healing times than those treated with other methods.

Castor oil helps the growth of lymphocytes which are known to ward off disease-causing factors naturally. Therefore, your body stays protected from toxins, microbial, and other draining infections.

Your body stores lymphocytes in your lymphatic tissues present in the spleen, lymph nodes, and thymus glands in your small intestine.

Castor oil also has a whole host of anti-bacterial and anti-viral properties that function to strengthen your immunity. With castor oil, your immune system fights off bad bacteria easier.

Castor oil aids in the production of elastin and collagen. The oil hydrates and softens your skin and is also a safe way of enhancing your skin’s elasticity which helps delay the appearance of fine lines, wrinkles, and sagging skin.