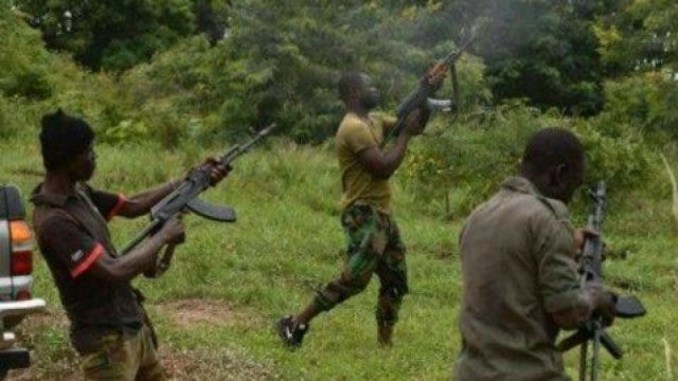 The Zamfara State Government has commented that following the recent escalation and the wave of attacks by bandits in some parts of the State, it has become necessary for the State Government to further explain its previous and current position as well as additional measures being taken to contain the situation.

This was stated in a press statement signed by the Special Adviser to the Governor on media and publicity, Hon. Zailani Nappa which he made available to newsmen in Gusau, the State capital.

According to him, the administration of Governor Bello Mohammed Matawalle accords security a topmost attention, saying that since its inception precisely two years ago, it has carefully examined the situation and evaluated the available options.

“It consequently decided on the best way to address the lingering crisis that was increasingly assuming inter communal and ethnic dimensions through dialogue and reconciliation with the feuding parties.

“In addition to the dialogue and reconciliation programme, the administration of Governor Bello Matawalle provided all the needed support required by our security agencies to enable them carry out their statutory responsibility more effectively.

“In spite of employment of both kinetic and non – kinetic strategy to defeat this nagging problem, the recent escalation in attacks by bandits in most parts of the State is a serious source of concern.

It appears, or even certain, that some forces are bent on frustrating the efforts of this administration to address the security challenge.

“In the above light, the Hon Commissioner of Security and Home Affairs, Alh. Abubakar Muhammad Dauran, had observed that part of the hurdles hindering the success of the fight against banditry in the state is the lack of quick response by the Security forces in the wake of attacks by bandits.

Hence, all commanders deployed in the state are enjoined to take necessary measures that will ensure rapid response to distress calls”

According to the statement, government is aware of the challenges faced by security commands especially as they seemed obviously overstretched.

“In spite of the obvious shortfall, Government requests that special consideration should be given to Zamfara State in terms of the deployment of more forces for quicker response to all security threats”

“Just as Governor Bello Mohammed Matawalle commends the overall assessment of gallantry and commitment of our troops and other security operatives in the state, the Government and good people of Zamfara State will always thank and appreciate President Muhammadu Buhari for the concern and total support he shows on the plight of Zamfara citizens in the ongoing fight against banditry and other criminalities”