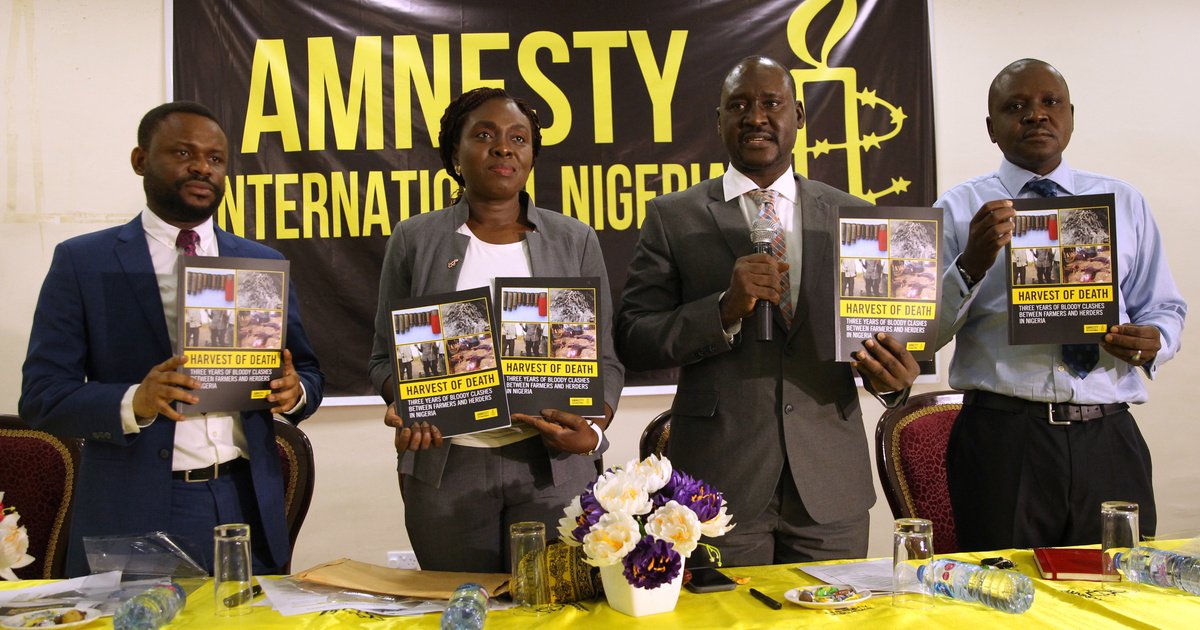 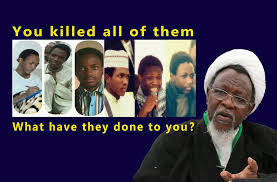 “DON’T mind the media shout; do the job I command you. If anyone accuses you of human rights violation, the report will come to my table, and you know what I will do. So, take the battle to them wherever they are and kill them all. Don’t wait for an order.”

Those were blood-chilling words spoken by Acting Inspector General of Police Usman Baba while addressing men of the Police Mobile Force and Special Tactical Squad in Enugu on May 18.

The occasion was the launch of ‘Operation Restore Peace’, a campaign ordered by President Muhammadu Buhari in response to growing insecurity in the Southeast, where the age-long agitation for Biafra has taken a violent turn.

Literally giving the security agents a licence to kill, the Acting IGP added, “What other order are you waiting for when Mr President had ordered you to shoot anybody carrying an AK-47 rifle? Quote me, and even a dead police officer can be tried and dismissed from the force and his family will not get his benefits.

“So, don’t sit and wait for them to come; take the attack to them and don’t lose your arms to criminals.”

The directive was clearly contrary to Section 33 (1) of the 1999 Constitution, which guarantees the right to life for all Nigerians.

It also illustrated the disposition of the Buhari administration to human rights – fundamental human rights of citizens are being trampled on and agents of the government who are responsible for the abuses are getting away with it.

Nigeria has been under the civilian rule since 1999 but the manner security agencies, including the army, are deployed to suppress civil liberties is not different from what is obtainable under brutal military dictatorships.

Minister of Information Lai Mohammed warned that the Nigerian government would not tolerate another #EndSARS protest after some youths scheduled a new protest tagged #OcuppyLekkiTollgate over the handover of the Lekki toll gate to its owners, Lekki Concession Company.

Soldiers had opened fire at protesters who gathered at the plaza during the #EndSARS protests, and the youths were angered that the facility was being returned to the company when a panel of enquiry has not concluded investigations into what actually transpired, more so as the government continues to deny that lives were lost.

When the #OcuppyLekkiTollgate protest went ahead despite Mohammed’s warning, the government made good its threat by deploying the Nigerian police force personnel to arrest the protesters, including a popular comedian, Debo Adebayo, AKA Mr Macaroni. The protesters were maltreated and bundled into a Black Maria, a police vehicle used for transporting prisoners.

In April, the police arrested two protesters, Larry Emmanuel and Victor Udoka, who demanded Buhari’s resignation. The two youths are still in detention, despite reports that they are sick.

Crackdown on #EndSARS protests highlights disdain for human rights under the Buhari administration
The Nigerian government is still struggling to deny that fatalities were recorded when soldiers opened fire on unarmed peaceful protesters at the Lekki toll plaza in Lagos on October 21, 2020, but testimonies that have emerged from the #EndSARS public hearings had proven that deadly force was indeed unleashed on citizens who were exercising their right to assembly and association, which are guaranteed by Section 40 of the 1999 Constitution.

The number of people who died, and those that were injured, is yet to be determined, but the state-sanctioned brutal crackdown on the #EndSARS protesters stripped the Buhari administration of any pretence of commitment to the human rights of Nigerians.

But the ‘Lekki toll gate massacre’, as the October 21, 2020 incident came to be known, was just another instance whereby security agents were unleashed on defenceless citizens with deadly effect.

The National Human Rights Commission (NHRC) reported that law enforcement agents killed 18 persons while enforcing the first phase of the lockdown ordered by the Nigerian government to curb the spread of the COVID-19 from March 30 to April 13, 2020.

The number of people killed by security agents while enforcing the government’s lockdown order was higher than the number of fatalities recorded from the coronavirus disease during the period.

The 18 cases of extrajudicial killings were part of 105 complaints bordering on rights violations by security agents received by the NHRC during the first phase of the lockdown. Other complaints included violation of the right to freedom of movement, unlawful arrest and detention, and seizure/confiscation of properties.

On the occasion of the 2020 Human Rights Day on December 10, 2020, the Nigerian Bar Association (NBA) had lamented the increasing cases of human rights abuse under the Buhari administration.

“Human rights violations have been taken to a whole new level, and government officials outdo themselves in explaining away these infractions. In recent times, from the COVID-19 lockdown to the #EndSARS protest, it has been tales of human rights violations. Unfortunately, regardless of the various agitations, it seems the foundation for Respect of Human Rights is still not put in place,” the NBA scribe said.

The concerns expressed by the NBA is buttressed by Nigeria’s continuing slide on the Freedom in the World ranking, an annual global report on political rights and civil liberties published by Freedom House.

Although Nigeria had over time been ranked as ‘Partly Free’ in different annual reports of Freedom in the World, the country’s scores for political rights and civil liberties have been dropping in recent years.

In the latest ranking, Freedom in the World 2021, Nigeria scored 45 points out of 100, giving the country a partly free status.

The 45 points scored by Nigeria in 2021 represents a drop from 47 points recorded by the country in the 2020 Freedom in the World report.

Going by the Freedom in the World methodology, a drop in points means a decline in the level of political rights and civil liberties enjoyed by citizens of the concerned country.

The development means that going by Freedom House’s assessment, political rights and civil liberties are declining in Nigeria.

According to Freedom House, Freedom in the World report is produced each year by a team of in-house and external analysts and expert advisers from the academic, think tank and human rights communities. The 2021 edition involved over 125 analysts and nearly 40 advisers.

The analysts, who prepare the draft reports and scores, use a broad range of sources, including news articles, academic analyses, reports from nongovernmental organisations, individual professional contacts and on-the-ground research.

The analysts score countries and territories based on the conditions and events within their borders during the coverage period.

The analysts’ proposed scores are discussed and defended at a series of review meetings organised by the region and attended by Freedom House staff and a panel of expert advisers.

The end product represents the consensus of the analysts, outside advisers, and Freedom House staff, who are responsible for any final decisions.

Freedom House noted that, although an element of subjectivity is unavoidable in such an enterprise, the rating process emphasises methodological consistency, intellectual rigour and balanced and unbiased judgments.

Reporting on the state of civil liberties in Nigeria, the Freedom in the World 2021 report observed that although freedoms of speech, expression, and the press are constitutionally guaranteed, those rights are limited by sedition, criminal defamation, and “so-called false-news laws”.

The government has accused journalists of undermining national security when reporting on operations against Boko Haram.

The report further noted that many journalists were killed and detained in 2020.

Pointing to the state-sanctioned repression of the Islamic Movement of Nigeria (IMN), a Shiite Muslim group whose leader Ibrahim El-Zakzaky has been in custody since 2015, the 2021 Freedom in the World report noted that, in Nigeria, “Religious freedom is constitutionally protected, but the government has also embarked on crackdowns against religious groups that have questioned its authority.”

In its 2020 report, Amnesty International noted that, under the Buhari administration, Nigerian security forces committed grave human rights violations, including torture and other ill-treatment, and the use of excessive force, which resulted, on some occasions, in unlawful killings.

The AI report highlighted the brutal crackdown on a pro-Biafra group, the Indigenous People of Biafra (IPOB).

“On 23 August, security forces opened fire on unarmed members of the separatist group the Indigenous People of Biafra (IPOB), who held a meeting at a school in Emene in Enugu state, killing at least four people.

Witnesses said officers of the Department of State Services (DSS), police and military were at the scene, some of whom shot directly at IPOB members carrying stones and sticks. The authorities said two security force officers were also killed in the incident,” the report said.

AI also noted that security agents used excessive force to disperse peaceful protests and assemblies, including the #EndSARS demonstrations, resulting in the deaths of 56 protesters, bystanders and members of the security forces.

Human Rights Watch, in its 2020 annual report on Nigeria, noted that security agencies have continued to arrest, detain, and use excessive force against peaceful protesters, particularly pointing to the crackdown on the #EndSARS protests and clampdown on the nationwide ‘Revolution Now’ protests against insecurity and corruption.

The ‘Revolution Now’ protests were led by a former presidential candidate Omoyele Sowore, detained for several months and charged to court for allegedly attempting to overthrow the Buhari government.

The US also reported ‘serious problems with the independence of the judiciary; arbitrary or unlawful interference with privacy; serious abuses in an internal conflict, including killing and torture of civilians; serious restrictions on free expression, the press and the internet, including the existence of criminal libel laws.

The report noted substantial interference with the rights of peaceful assembly and freedom of association in Nigeria, particularly for lesbian, gay, bisexual, transgender, and intersex persons.

The US Department of State further observed that there are severe restrictions on religious freedom in Nigeria.