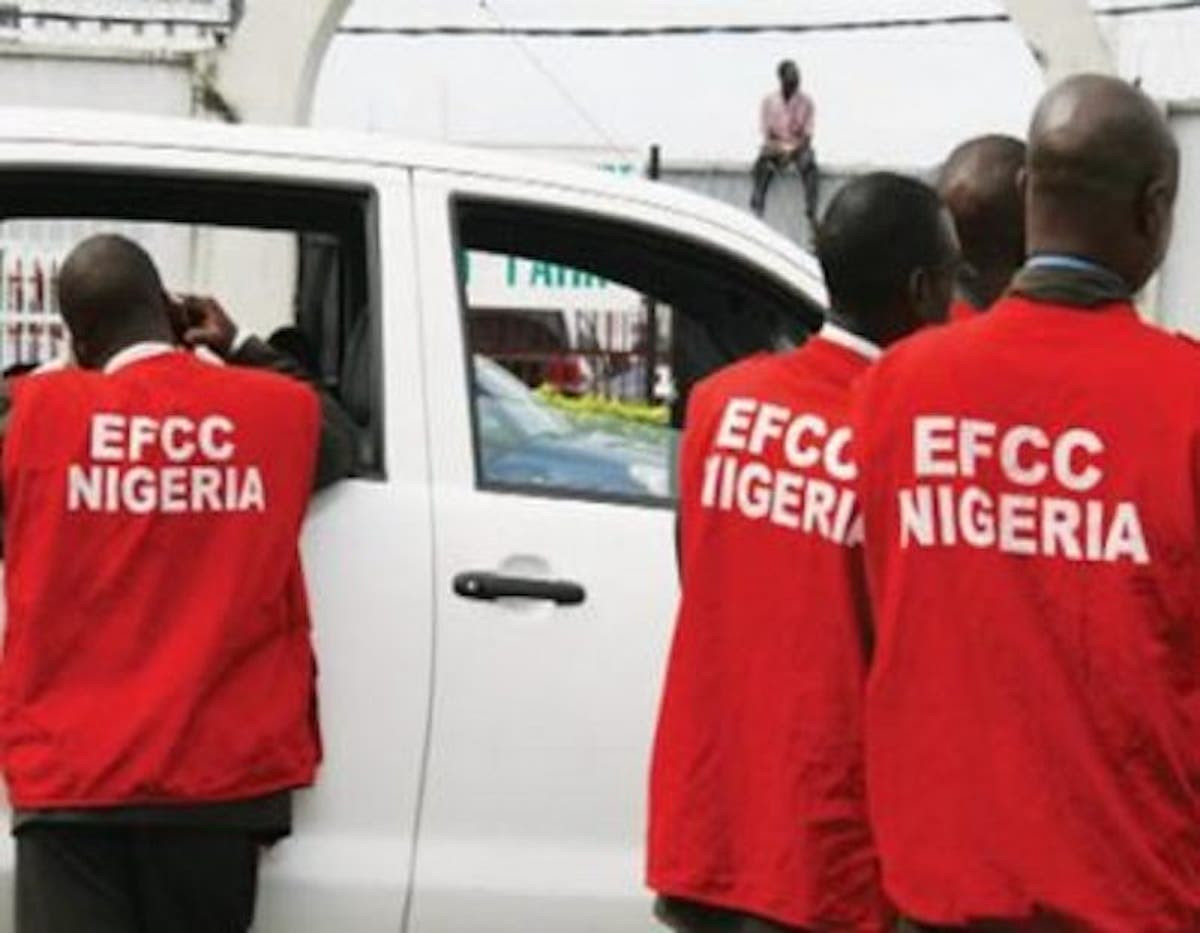 The Economic and Financial Crimes Commission (EFCC), Ibadan Zonal Office, has arrested a 43-year-old company executive for allegedly defrauding people of over N128 million, in a fraudulent investment scheme.

This was contained in a statement signed by the EFCC’s spokesperson, Wilson Uwujaren, and made available to newsmen on Friday, in Ibadan.

NAN recalls that many Nigerians in recent times had lost monies running into millions of Naira to several networking schemes, popularly known as ‘Ponzi’ schemes.

Uwujaren said that the suspect was arrested following a series of petitions received from some of his victims.

He said the petitioners alleged that the suspect had, through his company, persuaded them to invest in a network scheme which offered a monthly return of 30 percent on investment.

The EFCC spokesperson said that some of the victims said the alleged suspect persuaded them to invest after listening to his weekly radio programme.

“The victims alleged that after investing their monies, they neither received the promised interest nor got a refund of their capital investment,” he said.

In its investigations, Uwujaren also said that the commission found that the suspect operated a classic Ponzi scheme and had defrauded hundreds of people, some of whom reported orally to thecommission.

He said that petitions were still pouring into the commission daily from the suspect’s alleged victims.

“It was discovered that DHIL Nigeria Limited, the vehicle used by the suspect to scam his victims, was also not registered with the Central Bank of Nigeria, as a financial institution,” he said.

The EFCC spokesman said that five exotic cars, three landed properties and other incriminating documents were recovered from the suspect who, he said, would be charged to court as soon as investigations were concluded.