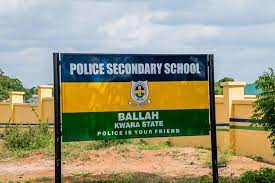 The people of Ilorin Emirate have expressed delight over the commencement of academic programme at the newly established Police Secondary School, Ballah.

Uthman thanked the IGP and the police high command for granting the wish of the people of Ilorin Emirate for the takeoff of the institution.

“It was with great relief and sense of personal satisfaction that I learnt of the approval and subsequent listing of the school as number 17 on the list of Police Secondary Schools across the nation, which would open their doors to students as from the next academic session,” he added.

The IEDPU president also praised Governor AbdulRazaq for the huge resources committed towards the takeoff of the school, saying that without the timely interventions of the government the dream of having the institution at Ballah would not have been realised.

He also expressed appreciation to the emir of Ilorin, Alhaji Ibrahim Sulu-Gambari and the district head of Ballah, Alhaji Salman Abdulkadir, as well as the people of Ballah for their cooperation, which ensured the takeoff of the institution.