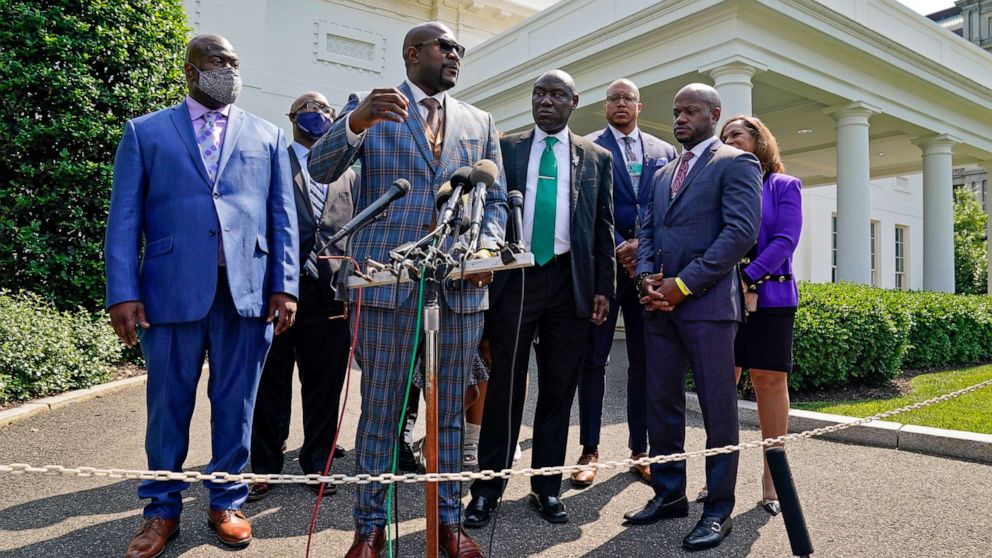 Floyd, a Black man, died after former police man Derek Chauvin knelt on his neck for more than eight minutes on May 25 last year. Last month, Chauvin was found guilty of murdering Floyd.

Floyd’s dying words, “I can’t breathe,” became a rallying cry in a wave of street demonstrations against racism and police brutality across the United States and around the globe.

Since his death, the House of Representatives has twice passed the George Floyd Justice in Policing bill, but Senate Republicans have opposed the legislation.

The bill would implement sweeping federal reforms, including banning the use of chokeholds like the one that killed Floyd.

On Tuesday, Floyd’s family members met with Biden at the White House and with lawmakers on Capitol Hill, calling for a bipartisan compromise on the bill.

Biden told the family “that he doesn’t want to sign a bill that doesn’t have substance and meaning so he is going to be patient, to make surest is the right deal, not a rush bill,” Ben Crump, the family lawyer, said.

“This is a police issue. This is a civil rights issue. We have to look at this as a national issue that we have avoided dealing with for far too long,” Crump told reporters at the White House.

Following the meeting with Biden, the Democratic president issued a statement, calling on Congress to act.

“The battle for the soul of America has been a constant push and pull between the American ideal that we’re all created equal and the harsh reality that racism has long torn us apart,” Biden said. “At our best, the American ideal wins out.”

Senator Cory Booker, who is leading Senate Democrats in negotiations with GOP lawmakers on the bill, said Tuesday that although the two sides are apart on major issues, he remains optimistic agreement can still be reached.

Republicans are opposed to provisions in the bill rolling back such immunity, while many liberal Democrats say they would only back a bill that abolished it.

“We have a long way to go still, but it’s starting to take form,” Scott said.