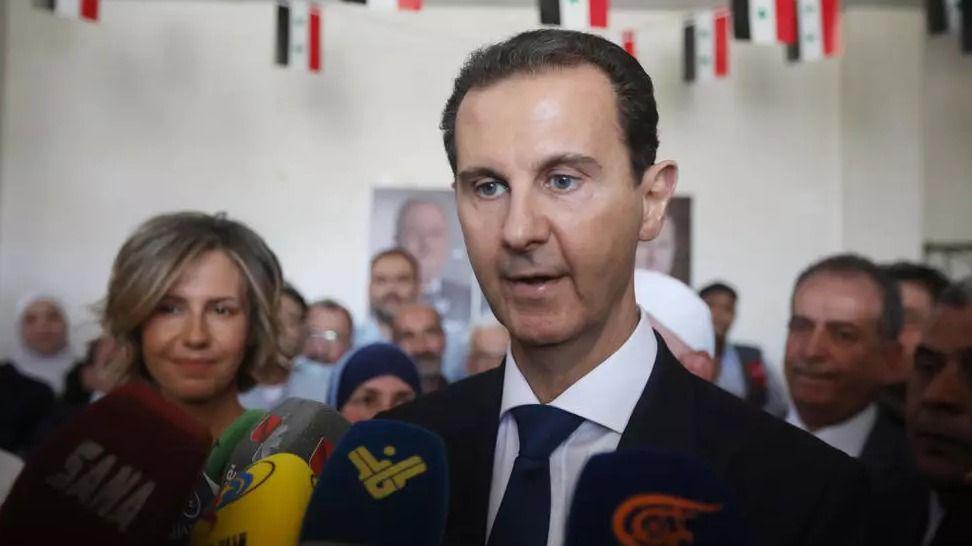 Syria’s Bashar al-Assad said Western criticism of Wednesday’s presidential election has “zero value” as he cast his ballot in a Damascus suburb.

Commenting on US and EU criticism branding the vote “neither free nor fair,” Assad said: “Your opinions have zero value”, an AFP journalist reported.

Voting is being held only in government-controlled areas and the United States and the European Union said Tuesday the election was “neither free nor fair.”

“This fraudulent election does not represent any progress towards a political settlement,” they said in a joint statement.

Assad and his British-born wife Asma both cast their votes in the suburb of Douma, a key rebel stronghold before it was retaken by government forces in 2018.

The president wore a dark blue suit, his wife a light grey dress.

Other voters surrounded Assad at the polling station chanting: “With our blood and with our souls, we sacrifice our lives for you, Bashar.”

Speaking to reporters, Assad condemned criticism from Western countries, “most of which have a deep colonial history.”

“As a state, we do not accept this behavior,” Assad said.

The vote is the second election since the start of a decade-long civil war, that has killed more than 388,000 people and displaced half the pre-war population.

With opponents abroad barred from standing and no voting in the swathes of territory outside government control, Assad faces two virtually unknown challengers.