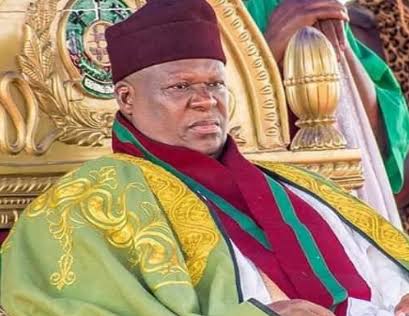 The Gbong Gwom Jos, Da Gyang Buba, has called for the inclusion of well-specified traditional rulers’ roles in the constitution amendment by the National Assembly.
The traditional ruler made the call during the ongoing public hearing on the Proposed Alteration of the Provisions of the Constitution of the Federal Republic of Nigeria,1999, on Wednesday in Jos.
Buba, who is also the chairman of Plateau Joint Council  of Chiefs and Emirs, said the exclusion of the roles of traditional rulers from the constitution has not defined the true identity of Nigerians.
“The 1914 amalgamation which brought together various ethnic nationalities did not define us as a people.
“Also, the exclusion of the roles of traditional institutions from the constitution doesn’t define who we actually are as a nation.
“So, to give this nation a sense of belonging, this constitution alteration should consider the inclusion of the roles of traditional rulers in it,”he said.
Also contributing, Alhaji Yahaya Kwande, former Nigerian Ambassador to Switzerland, called for devolution of powers.
He opined that the too much concentration of political powers at the federal level was the reason for the agitation for secession at various quarter
“The powers seems to be to strong at the federal level and this is what is leading to the calls for secession by various groups.
“So, it is my call that this constitution should ensure devolution of powers to enable the states to perform optimally,”he said.
Kwande also called for stronger measures that would address the current security challenges facing the country be included in the constitution.