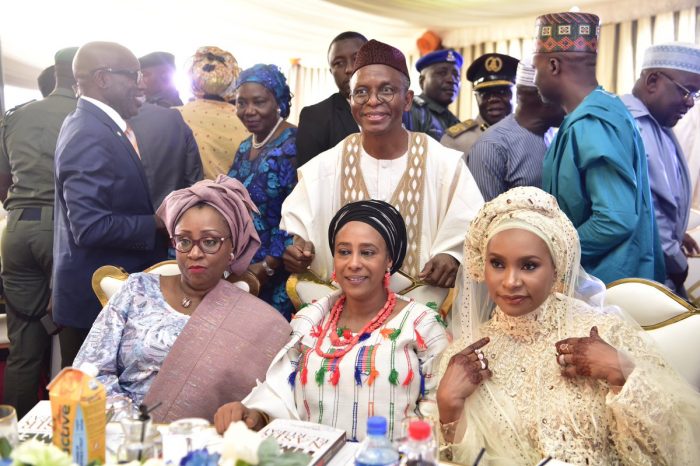 The Kaduna governor replies to The Gazette’s report detailing his controversial expropriation of public assets.

In June 2019, Malam Nasir El-Rufai initiated the urban renewal programme, an unprecedented investment to build, expand and maintain infrastructure in the state. This infrastructure project began with the Kaduna Urban Renewal Programme and has since spread to the two other major cities in the state, Kafanchan and Zaria. Its overall goal is to improve the economic competitiveness of the state and to make our cities attractive places in which to live, work and play. The implication of having its three major cities among the top 10 most populous cities in Nigeria is continuous investment.

This effort to remake the urban landscape and improve the quality of life in our cities continues the deliberate programme that began in 2015 with the establishment of the Kaduna Geographic Information Service (KADGIS).

As part of its primary mandate for land administration and the creation and management of a digital land registry, KADGIS has has issued 51,302 Certificates of Occupancy since 2017, for new allocations and the recertification of previous titles. KADGIS has also allocated 4,359 plots in Kaduna, from which the names of applicants who sought accelerated development plots are being bandied about, in muddled up lists around with baseless innuendos are being woven. The persons on the accelerated development list constitute less that 1% of all allottees.

In addition, Malam Nasir El-Rufai specifically directed that KADGIS should allocate plots of land to as many government workers and citizens who demonstrate active interest by applying. Rare is the public function during which guests from the private and public sectors are not actively invited by KDSG to apply for land in Kaduna State. The state is being actively positioned as a lower cost alternative to Abuja for active workers, and a cheaper retirement option for senior citizens.

This active canvassing of land applications is connected to a desire for accelerated development of allocated plots. Plots have been revoked from persons who have held on to them for years without developing them. Many of these plots in prime areas are being reallocated to individuals and corporate bodies with a strict mandate to develop them within six months to one year. Plots in the Millennium City are also being actively allocated as part of the deliberate focus on fast-tracking the development of the Eastern Sector of Kaduna metropolis.

KDSG has also sold 2,028 of its non-essential residential houses, 80% of which were bought by the civil servants who were the sitting tenants in the houses. All the houses were sold by competitive bids, based on their open market value.

KDSG has been made aware of attempts to put a needless stain on its intensive efforts to develop the state. It has happened before. As Minister of the FCT, Malam Nasir El-Rufai allocated 27,000 plots to applicants, some of whom had waited for decades. He promoted the accelerated development programme which took land from speculators and allocated to those ready to develop them within set times. He supervised the sales of 30,000 government houses, enabling many federal civil servants to own houses.

After his tenure as FCT Minister, there were attempts to question his powers as minister to allocate plots as lists, including any person with Rufai in their surnames, were circulated to smear him and his record in democratising access to plots of land and houses in Abuja. The Yar’Adua and Jonathan governments later used that as basis for criminal prosecution. That ended in emphatic acquittal by the courts which upheld the power of the Minister of the FCT to allocate and revoke plots of land.

Land, whether in Abuja, Kaduna or anywhere else, is a valuable asset which assists development only when used. Its allocation should be based on clear rules that assure equal outcomes to all who meet the criteria, whatever their names, filial affiliations or other status might be. Applying for, securing and paying for a plot of land whose development the allottee must accelerate is a positive transaction.

KDSG is proud of the quality and number of persons who have applied for land in Kaduna. It is concrete evidence that major investments in improving this city are being noted and embraced. However, those who seek scandal should not defame persons who have applied for land, who will pay the premium for the plot allocated to them and develop them according to set deadlines.
Signed
Muyiwa Adekeye
Special Adviser to the Governor (Media & Communication)
24th May 2021