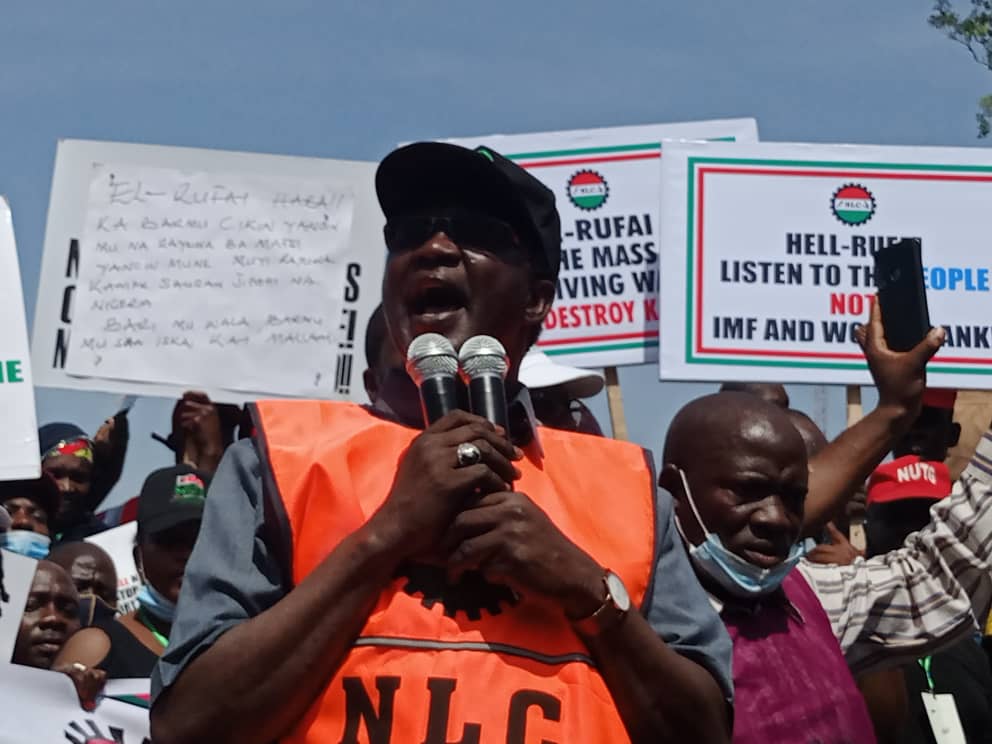 The Nigeria Labour Congress (NLC) may have suspended its industrial action in Kaduna State on Wednesday due to the intervention of the Federal Government, but the global condemnations on the attack of the workers by the supposedly state government hoodlums have continued to pour in.

Global and African trade unions in unison stood in solidarity with the NLC and vowed to report the infraction to International Labour Conference (ILC) even as the labour congress returns to the negotiation table this week with the Kaduna State government.

The African Regional Organisation of the International Trade Union Confederation (ITUC), in a letter titled “Inciting violent attack on peaceful protesters: A disingenuous and dangerous way of addressing industrial dispute”, signed by Kwasi Adu-Amankwah, general secretary, said it finds the open and audacious incitement to violent attacks against peaceful and legitimate workers’ action as unacceptable and condemnable.

“The African Regional Organisation of the International Trade Union Confederation (ITUC-Africa www.ituc-africa.org representing over 17 million workers in 52 of the 54 African countries, including Nigeria, is pained and worried to learn that hoodlums acting under the open invitation and inciting calls of the Kaduna State Governor, Mr. Nasir Ahmad El-Rufai, attacked peaceful protesting workers in Kaduna State.

“This action is crude, uncivil and incompatible with the ethos of participatory democracy provisions and good governance,” he said.

Adu-Amankwah said the action by the was a flagrant negation of the laid-down principles for resolving industrial disputes, noting that to unleash hired and paid thugs on protesting workers was an invitation to further anarchy and chaos as it was reprehensible and reckless.

He said, “The dismissal processes have been without the observation of the laid-down provisions for engaging in such exercise. Worse, affected workers have not been paid their disengagement entitlements. The NLC protest, among other demands, was mainly to insist that rules are respected and applied. The Kaduna State Government’s response spells of utter bad faith and indifference.

“We ask that the Kaduna State governor and government refrain from further confrontational and chaos-inducing actions. We urge them to urgently and genuinely embrace genuine dialogue. For emphasis, we wish to remind the government of Kaduna State and the Federal Republic of Nigeria that the country is a responsible member of the International Labour Organisation (ILO).

“The country has ratified Conventions 87 (Freedom of Association and Protection of the Right to Organise) and 98 (Right to Organise and to Collective Bargain) that both, ditto, other similar international instruments, have provisions in letters and spirit that adequately ensure the right of workers to organise and to undertake peaceful and legitimate industrial actions as means to protect their workplace and economic rights.

“It is, therefore, unfathomable and conscienceless that peaceful workers are subjected to open and inviting incitement of violent attacks.”

He promised that the ITUC-Africa would report the matter to the forthcoming International Labour Conference (ILC) and invite the conference to examine the infractions of its statutes and provisions.

Meanwhile, the Botswana Federation of Trade Unions (BFTU), in a letter signed by its secretary-general, Thusang Butale, said it joined a chorus of concerned fellow compatriots and labour movement in condemning the arbitrary manner in which Governor El-Rufai has opted to handle the unarmed protest of workers demanding better working conditions.

“We find allegations of police brutality in media reports and based on deductions from a press statement of the Nigeria Labour Congress issued on the 18th May, 2021, disturbing, to say the least, considering that the workers reportedly carried no weapons nor did they engage in any conduct that should have enraged the state to use or sanction force against them.

Furthermore, we note the legitimate demands of the protesters to have vast majority of public servants maintained in the payroll, the school fees to be made affordable as well as for the payment of redundancy benefits amounting to over 60% for workers sacked by the State of Kaduna. A refusal to address those basic demands as our compatriots’ fear can only result in the exacerbation of pockets of poverty,” the letter read.

The BFTU noted that constructive engagement, rather than brutality, was the ideal route to a lasting resolution of the current stalemate between workers and the State of Kaduna, adding that any other approach runs the risk of compounding problems than solve them.

It said, “It is our considered view and the universal gospel fact that all democratically elected leaderships around the world recognize that industrial action or the strike is the ultimate recourse for the working class and a legitimate bargaining tool that should elicit positive rather than abusive response.

“It is in that context that we would like to categorically declare our support for the Nigerian Labour Congress strike as a valid endeavour in soliciting the responsible action of Mr. El-Rufai on their demands.” 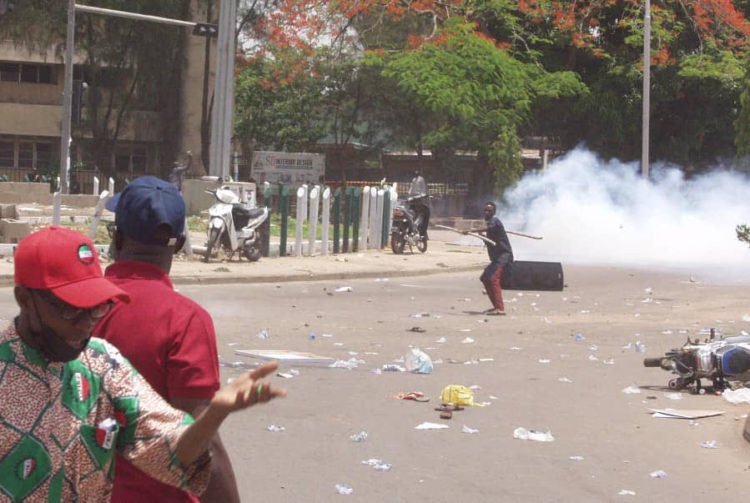 Similarly, the Federation of Somali Trade Unions (FESTU) said it was shocked and angry to learn of the recent violence inflicted upon innocent workers in Kaduna State, Nigeria, which, according to it, was ordained and directed by the governor of Kaduna State, El-Rufai.

General secretary of the union, Omar Faruk Osman, stated that the workers in the country were in total and unwavering solidarity with the NLC on its stance to continue against workers’ oppression, intimidation and exploitation, adding that they saw these despicable actions as attempts to weaken the strong and vibrant movement that remains the Nigerian labour movement.

According to the FESTU general secretary, these violent, state-sanctioned actions spell a flagrant disregard for the international and Nigerian labour laws that permitted NLC’s industrial actions planned for May 16, 2021.

He said, “We support NLC’s action and anger over the obvious lack of consideration for workers, including the government’s decision to unilaterally dismiss 7,000 workers. We particularly applaud NLC for its unwavering determination to represent the working class and poor even in such conditions.”

The Somali trade union said it had no doubts that Nigerian workers will prevail, and their voices and demands will be heard all over the globe, “However, we do fear for our working brothers and sisters in Kaduna State and any state-sanctioned backlash. We call on the Kaduna State government to listen to the concerns of workers and opt for peaceful and constructive means to address the burning issues at hand.

“FESTU supports the decision by The African Regional Organisation of the International Trade Union Confederation (ITUC-Africa) to report the situation to the 2021 International Labour Conference (ILC). Greater accountability, solidarity and collective stances in the face of labour rights violations in Kaduna State is central for change.”

Their Zimbabwean counterpart, in a letter addressed to the NLC, said it strongly condemned the violence perpetrated on Nigerian workers protesting peacefully over the ‘reign of industrial tyranny and impunity.’

The Zimbabwe Congress of Trade Unions (ZCTU) Secretary General Japhet Moyo said he understood that protest against yet another round of mass sacking and redundancy of workers by the government of Kaduna State under El-Rufai had been very peaceful until when busloads of thugs and hooligans poured into the streets brandishing all manner of weapons and surged towards the protesters who were seated under any available shade and listening to the speeches made by their leaders.

“It was only when workers refused to play duck for a grand slaughter and began to give the invading thugs the chase of their lives that security operatives woke up to their duties and began to make some arrests.