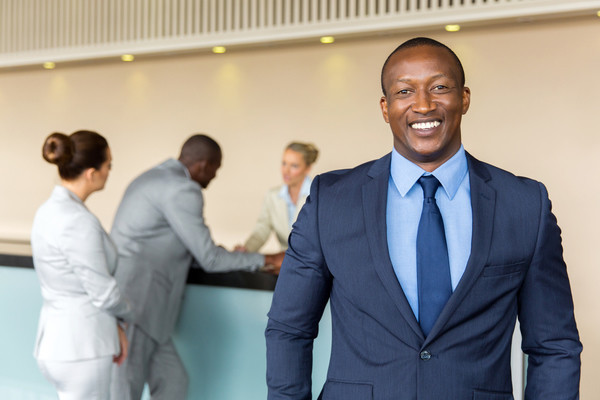 Once upon a time, success required a measure of talent but in this social media age, beauty is given more value than substance and it’s slowly crippling our entertainment industry.

It has been a long-held theory that attractive people do in fact have life easier. Though there are many real-life instances, there’s finally evidence to back it up.

Economists Daniel S. Hamermesh and Jeff Biddle were the first to study the impact of attractiveness on salary and in the process, they invented the field of pulchronomics, the economic study of beauty. They discovered that yes, there was a positive correlation between beauty and opportunity.

If you’re more attractive than most, finding a job is a walk in the park. Businesses scramble over themselves to hire attractive employees because it makes a difference to their bottom line; customers respond better to good-looking salespeople and in short pretty = profit.

In a country like Nigeria that is so occupied with the facade, this is even more pertinent. Most establishments, from banks to bars hire attractive front-of-house staff because it boosts business.

This bias has seeped into our entertainment industry which has become overrun with beautiful people with little else to show for it and herein lies the problem. What has not been proven is that beauty is a worthy substitute for actual talent and the more we hire based on looks, the more the quality of our content suffers. From pretty songstresses who can’t hold a note to stunning starlets who can’t remember their lines and TV presenters who fail to research their interviewees, our relentless pursuit of beauty comes at a price; our integrity.

American Transgender star Janet Mock wrote in Allure magazine about the way her life transformed post-transition and she was afforded ‘pretty privilege’. Mock talks briefly about her life pre-transition, and how prettiness was not one of her features. She says, “I knew very early on that I was not pretty. No one ever called me pretty. It was not the go-to adjective people used to describe me. Throughout elementary and middle school, I was used to hearing other words: Smart. Studious. Well-spoken. Well-read. They became pillars of my self-confidence, enabling me to build myself up on what I contributed rather than what I looked like.”

READ ALSO:  Fulani: A brief walk into the origin and lifestyle of this beautiful people

She continues to discuss the admiration for women she thought were beautiful and after transitioning herself, Mock notes a shift in the way she was treated because now others, considered her beautiful. She explains, “I began living my teenage dream: I was seen and accepted as just another girl. With my gender nonconformity seemingly fading away, I began to attract the attention of 18-to-24-year-old cis guys who began stopping to inform me that I was pretty.

Suddenly, I was let in, and I did nothing to earn the attention my prettiness granted me. I soon saw that people stared and smiled, offered me seats on the bus and drinks in the club, complimented me on my appearance, and held doors open. This was partly how I experienced pretty privilege — the societal advantages, often unearned, that benefit person who is perceived as pretty or considered beautiful.”

Janet has gone on to carve out a successful career as a writer, television host, director, producer, and whilst, undoubtedly, her beauty opened doors, it was the character and intellect she put effort into developing pre-transition that ensured those doors stayed open.

The issue with pretty privilege is that, though it opens doors for some who have the brains to back it up, for others it gives them access to spaces that they simply have no business being in, spaces that should have been given to people with the intellectual know-how to get the job done.

However, it is a double-edged sword. When we extend someone a courtesy based on their looks, we are certainly not ‘humanizing’ them, we are objectifying them. We don’t do it for the merits of their person or for the mere fact that they are human beings, we’re doing it because we like how they look. One could argue that these people do not give more because they have never been required to. Having coasted by on their looks their whole life, how dare we now demand them to give us something more profound?!

The entire theory is rooted in evolution and our basic human instincts which have evolved somewhat but are still amusingly primitive. After all, attraction and judgments based on appearance are a key element of selective breeding, which itself is a fundamental part of natural selection. However, perhaps we should hold ourselves to higher moral standards than our base natural inclinations and stop perpetuating this stereotype that is terribly flawed.

The style over substance culture is much like the phrase itself, beautiful on the outside but terribly empty and it will eventually implode if we do not hold people to a higher standard.