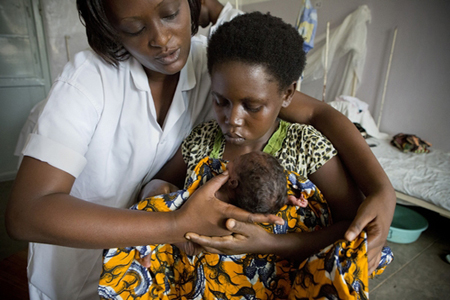 The federal government has stated that Nigeria records 830 daily fatalities among pregnant women during childbirth, totaling about 302,950 yearly.

The government also said that Nigeria accounted for 13 per cent of all maternal deaths in 2013, adding that the maternal mortality ratio for Nigeria was 814 per 100,000 live births in 2015.

These statistics were contained in a speech made by the Minister of Health, Dr. Osagie Ehanire, at the regional workshop to disseminate results of research projects on maternal and child health within the Economic Community of West African States’ (ECOWAS) region.

Ehanire, who was represented by the Director of Health Planning and Statistics, Ministry of Health, Dr. Ngozi Anazodo, said: “Nigeria constitutes just one percent of the world population, but accounts for 13 per cent of the world maternal and under-five mortality.

Every day, approximately 830 women die from preventable causes related to pregnancy and childbirth. For every woman who dies in childbirth, a lot more suffer injuries and other form of morbidities.”

He lamented that research and essential interventions would have averted most of these deaths in the country.

“It is obvious that we need evidence to combat the burden of maternal and infant mortality, research and development that focus on safe pregnancy, antenatal and delivery, post-partum maternal care, newborn and infant health’s remains an integral part of the solution to Nigeria’s poor indicators in these areas,” the minister said.

He also said that increased understanding of health-seeking behaviors would go a long way in reducing maternal and child morbidity and mortality in the country.

Ehanire further stated that the federal government has invested significantly in reproductive and child health, which accounted for progress that has been made so far.

The minister, however, emphasised that Nigeria would not make progress against existing and emerging global health threats that impact directly on mothers and children without critical investment in research.

The multilateral funded project was initiated by Canada as “Innovation for Maternal and Child Health in Africa (IMCHA), is aimed at improving the demands for the production and use of evidence in decision-making in maternal, newborn and child health in the ECOWAS region.”

The project is being undertaken under the auspices of the West Africa Health Organisation (WAHO).

The minister expressed hope that the outcome of the research would get to the end users and influence the way they provide services even at the primary health care level.

The Director General of the WAHO, Dr. Stanley Okolo, commended the research teams for successfully concluding its assignment that involved 36,000 households and monitoring of 25,815 pregnancies.