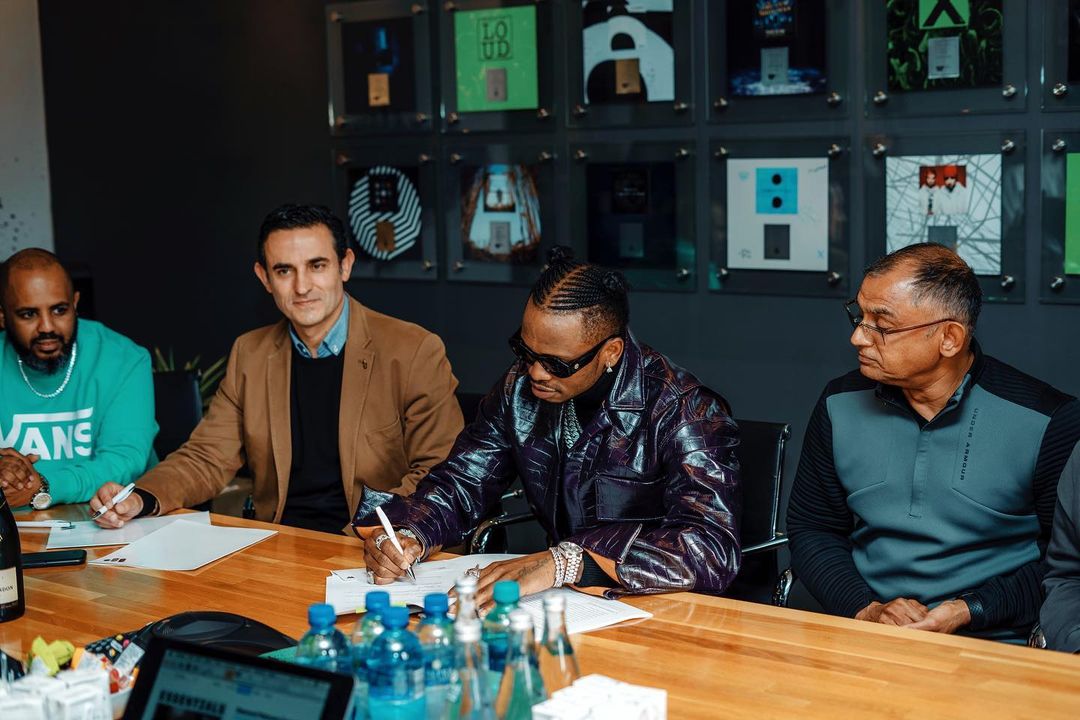 MBW understands the agreement includes an exclusive distribution agreement, with an option for Warner to upstream WCB-Wasafi artists to its labels.

Tanzania-based WCB-Wasafi will also be incorporated into Warner Music South Africa and entertainment providers Ziiki Media, while Warner Music’s global network will aim to introduce Diamond Platnumz and the label’s artists to a wider global audience.

Diamond Platnumz has become one of Africa’s most successful and recognised modern day artists.

With over five million subscribers, Diamond Platnumz has the number one artist YouTube channel in Sub-Saharan Africa, and is a brand ambassador for companies such as Pepsi, Parimatch, Nice One Brand and Coral Paints.

Diamond Platnumz has also picked up numerous awards from the likes of MTV and Channel O, and has gained further nominations from the BET Awards and AFRIMMA awards.

WCB-Wasafi has grown to become one of the biggest labels in the region, and has enjoyed success with artists such as Lava Lava, Mbosso, Rayvanny, Zuchu, and Queen Darleen.

“WARNER MUSIC AND ZIIKI ARE THE RIGHT PARTNERS TO HELP FURTHER GROW OUR REACH.”

Diamond Platnumz said: “I’ve built WCB-Wasafi from the ground up and believe that Warner Music and Ziiki are the right partners to help further grow our reach.

“I’m also looking forward to plugging into the Warner network myself. We’ve got some exciting plans and I can’t wait to share more music with the world.”

“On top of that, he’s proven to be an incredible businessman, as he’s grown WCB-Wasafi into a formidable record label. The East and Central African music scene has exploded over the last few years and we believe by working together, we can help promote Diamond and his artists to more fans around the world, and introduce the Bongo Flava scene to a broader audience.

“This 360 partnership establishes a new way to engage with artists in Africa and our ambition to bring African talent to the rest of the world. I’d like to thank WM South Africa and Ziiki Media for their outstanding support in making this deal happen.”

“THIS PARTNERSHIP WITH DIAMOND PLATNUMZ AND WASAFI FIRMLY UNDERPINS OUR ENTRANCE INTO EAST AFRICA.”

“Not only is Diamond one of the premier artists on the continent, but he is undoubtedly lynchpin of the Bongo Flava scene in Tanzania.

“We’re so excited to write him and Wasafi into the WMG narrative on the continent and we are beyond thrilled to welcome Diamond as a global flagship artist for Warner Music.”

“THIS PARTNERSHIP WILL FURTHER BOOST OUR PRESENCE IN TANZANIA AND AFRICA AS A WHOLE.”

Arun Nagar, CEO & Managing Director, Ziiki Media, said: “This partnership will further boost our presence in Tanzania and Africa as a whole.

“We hope to engage with a wide range of artists across different music genres from all over Africa, and the partnership with Wasafi is central to that approach.

“We’re investing sizeable resources into the market because we’ve got faith in its artists and belief that we’ve only just scratched the surface of what we can achieve here.”

The Diamond Platnumz deal builds upon Adeniji’s work with Perez-Soto to develop Warner Music’s presence across Africa through key deals with regional labels, distributors, and DSPs.

This has included landmark licensing deals with African digital music services Audiomack and Boomplay, a partnership with Chocolate City, one of the top independent record labels in Nigeria, and an investment in digital distribution, music rights management, and artist development company, Africori.

Shortly after investing in Africa-based distributor Africori, in May 2020, Warner Music Group also announced its partnership with Ziiki Media.

Through partnerships across Africa and India, Ziiki Media, which specialises in Punjabi music, works with a broad array of businesses engaged in content aggregation and distribution in various formats such as recorded music, music publishing, audiovisual content, and live events.Music Business Worldwide