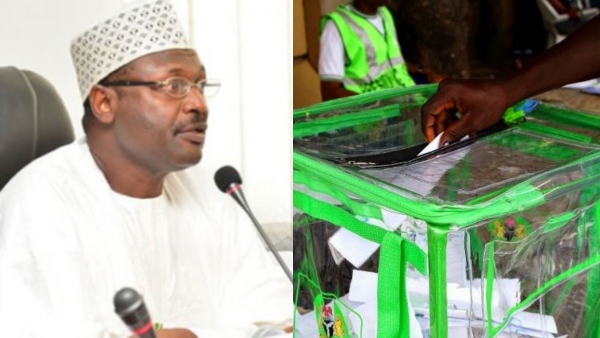 The Chairman, Independent National Electoral Commission (INEC), Prof Mahmood Yakubu, has warned that the series of attacks on the commission’s facilities may undermine its capacity to organise elections and also negatively impact the nation’s electoral processes.

He said this on Wednesday at an emergency meeting with the Resident Electoral Commissioners (RECs) held at the commission’s headquarters, Abuja, over the burning of some of the commission’s offices in parts of the country.

Yakubu said that some events in the recent past have challenged the commission and adversely affected its commitment to continue to improve the electoral process, saying that the spate of arson and vandalism targeting the commission’s facilities and property has become worrisome.

“Unfortunately, this has been on the rise since the 2019 General Election but has now developed into a crisis.

“In the last three weeks or so, three of our local government offices in Essien Udim in Akwa Ibom State, Ohafia in Abia State and Udenu in Enugu State have been set ablaze by unidentified persons.

“Last Sunday, 16 May 2021, our State office in Enugu suffered yet another arson and vandalisation in which parts of the building were ransacked and several vehicles razed.

“And more of our facilities are being systematically targeted and attacked.

“Although there were no casualties, the damage to the physical infrastructure and electoral materials was total,” he said.

The INEC boss lamented that nothing had been salvaged from the attacks from ballot boxes and voting cubicles.

He added that the attacks were no longer freak events but appear to be orchestrated and targeted at INEC.

Yakubu said that the attacks were acts of unjustifiable aggression which may undermine the commission’s capacity to organise elections and dent the nation’s electoral process.

He said, “The facilities of the commission are there to serve the local communities for the most fundamental aspect of democratic governance, which is elections.

“Therefore, targeting such important national assets and repositories of electoral materials that took time and enormous resources to procure cannot be justified.

“Replacing these facilities in the prevailing economic circumstances will indeed be a tall order, thereby adversely affecting electoral services in the same communities.

“These facilities are not only limited to voting but also used for other critical electoral activities such as voter registration, the coordination of stakeholder engagements and voter education and sensitisation.”