Gov. Simon Lalong of Plateau on Friday said that the late former Chief of Defence Staff, Lt.-Gen. Joshua Dogonyaro was an excellent officer who sacrificed his life for the sovereignty of Nigeria.

Lalong made this known during a condolence visit to the late Dogonyaro’s residence in Rayfield Jos, on Friday.

“Anytime there is an issue of insecurity, I would always find him available, to proffer some advice that I will use, not only in the state but the nation,” he said.

He said Dogonyaro would be missed by Nigerians especially President Muhammadu Buhari, who expressed sadness over his death, saying Nigeria has lost a son, a father, a soldier. 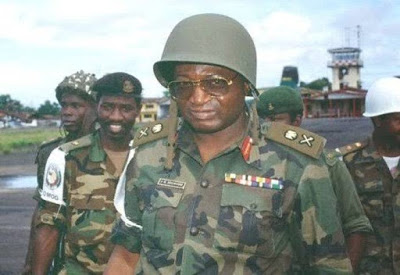 Lalong expressed confidence that the deceased was in the bosom of the Father.

He urged the family to take solace in his outstanding legacies of their father and urged Nigerians to pray for the family.

Responding on behalf of the family, Dr Godfrey Dungum, thanked the governor for comforting the family, saying they were encouraged by the legacies the deceased left for them to follow religiously.

Special prayers were conducted for the family by the former Church Of Christ In Nations (COCIN) President, Rev Pandam Yamsat.

It is reported in another news that President Muhammadu Buhari, Plateau State Governor Simon Lalong and his predecessor Senator Jonah Jang are among those who have expressed deep sorrow and shock at the death of former Chief of Defence Staff, Lt. Gen Joshua Nimyel Dogonyaro (retd.) who died yesterday at the age of 80.

Dogonyaro died at the Jos University Teaching Hospital (JUTH) after a brief illness.

President Buhari described the death of the former defence chief as “a great loss not only to the Nigerian military, but also to the country because of his patriotic sacrifices in defence of its unity and territorial integrity.

The president said Dogonyaro’s death came as a great shock to him because, as a soldier, he knew what it meant to lose such an officer and a gentleman who gave his best in the service of the country.