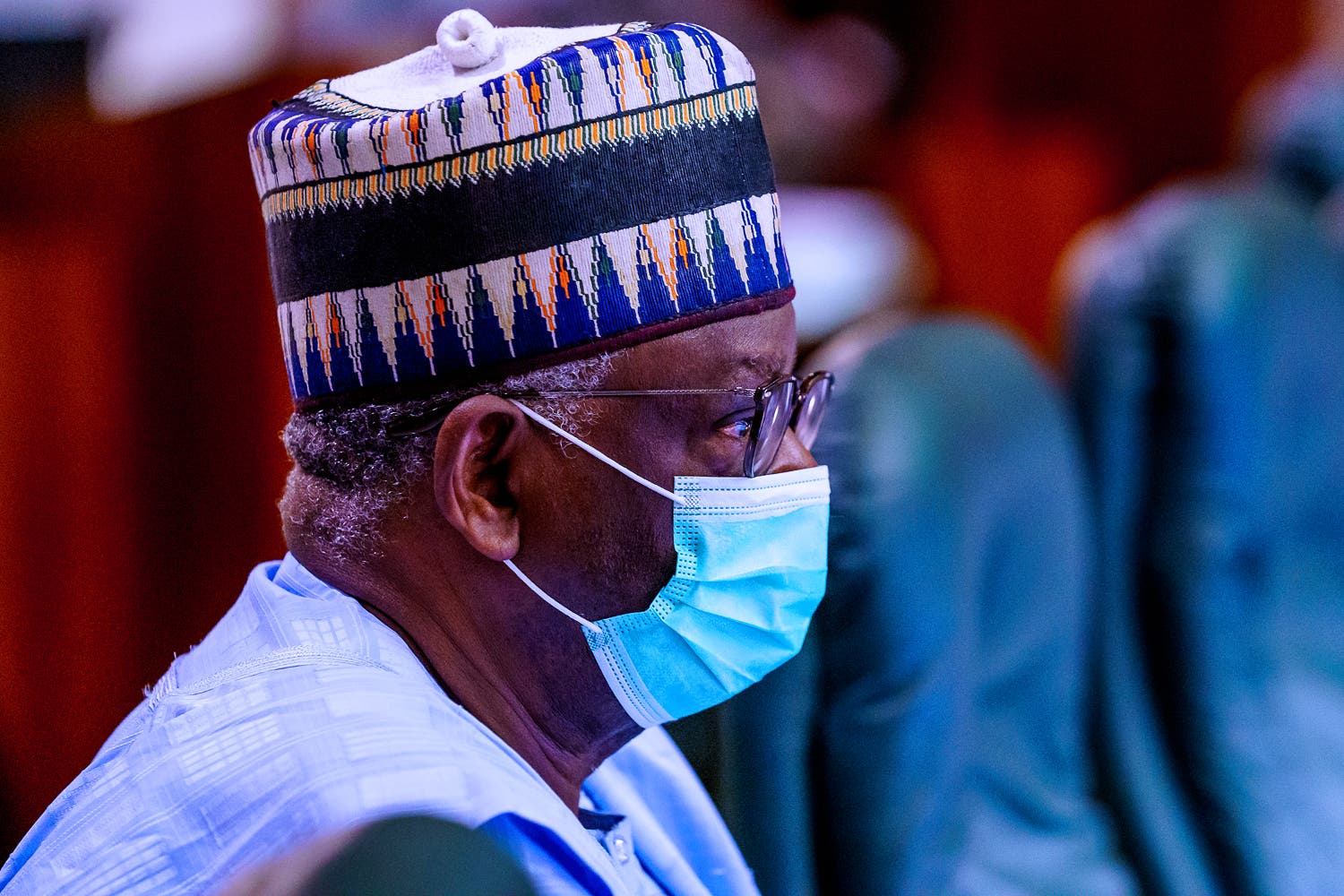 If thieves can attempt to break into the most fortified space in our nation, what hope is there for the rest of us? The admission by presidency spokesperson, Garba Shehu, that thieves did try to break into the residences of Chief of Staff to President Ibrahim Gambari and Admin Officer Maikano Abdullahi, underscores just how unsafe Nigeria has become.

It validates the school of thought that says Nigeria has become one huge crime scene–a chaotic geographical space where law and order have since taken flight and where anarchy has become the order of the day.

At around 8 pm on Monday, May 10, 2021, a news report detailed that thieves had broken into the residences of Professor Gambari and Abdullahi.

According to the report, these thieves made away with cash and valuables from the fortified, heavily guarded homes of these highly placed government officials.

The presidency denied this was the case through President Buhari’s spokesperson Shehu.

“The Chief of Staff, Professor Ibrahim Gambari, has confirmed that there “was a foolish attempt” to burgle his residence at 3:00 am this morning but it turned out to be unsuccessful.

“Professor Gambari, whose house is on a street next to the Villa has assured that there is nothing to worry about from the incident.

“The police, in a related development is searching for a suspected burglar who unsuccessfully attempted to break into the house of Maikano Abdullahi on Thursday, last week.

“Maikano lives on the same street with the Chief of Staff, close to the Villa,” Shehu shared in a couple of tweets.

Not so bad, but just as worse if it comes down to the brass tacks of security. These robbery attempts happened days apart. Which means the thieves got bolder.

It really should alarm anyone that robbers did try to hit that close to our nation’s president.

Here’s the thing: the ‘Presidential Villa’ is different from ‘Aso Rock’ in certain respects. Aso Rock is like an estate where presidency officials can rent homes and work from.

Aso Rock lies on the precinct of the Presidential Villa where the president lives with his family.

And as Shehu noted, the “attempted foolish burglary” in the wee hours occurred on a “street next to the villa.”

Semantics has become very important in distilling this piece. But I digress.

Aso Rock is just as fortified as the Presidential Villa. The entire place is a fortress. You cannot walk into Aso Rock or the estate before the villa just like that.

The place mills with dozens of police officers, special security units, soldiers, DSS personnel, and all kinds of guards, who comb and sweep the grounds; frisking visitors and staffers daily, guns at the ready. How did ‘foolish’ thieves get that far to Gambari and Abdullahi’s residences?

Here was an attempted burglary, if Shehu is to be believed, very close to the president.

This was as huge a national security scare as any. Coming only days after the presidency informed the nation that there is a plot to overthrow President Buhari, we shouldn’t be dismissing this incident as a storm in a teacup or with a wave of the hand, as Shehu would have us do.

As a spate of kidnappings, terrorist attacks, banditry, prison breaks, farmers-herders crises, killing for rituals, car-jackings, robberies, arson, secessionist agitations, and chants afflict the rest of the nation outside the ‘fortified’ and gleaming palatial Aso Rock/Presidential Villa walls, it should concern the presidency that these criminals are bringing the war ‘closer to home’ in a manner of speaking.

Gbogbo wa la ma Je breakfast (we will all eat breakfast) is the best indigenous expression to convey the gravity of what just transpired in Abuja.

And that is a damning indictment on the president’s part and on the part of all the men who oversee the different levers of our national security architecture.

If Aso Rock is unsafe, what hope is there for Okitipupa, Igando, Gwoza, Sapele, or Makurdi?

And if we are not all careful as a people and government, Gbogbo wa la ma je breakfast las. Or to put it colloquially, ‘All of us go collect!’