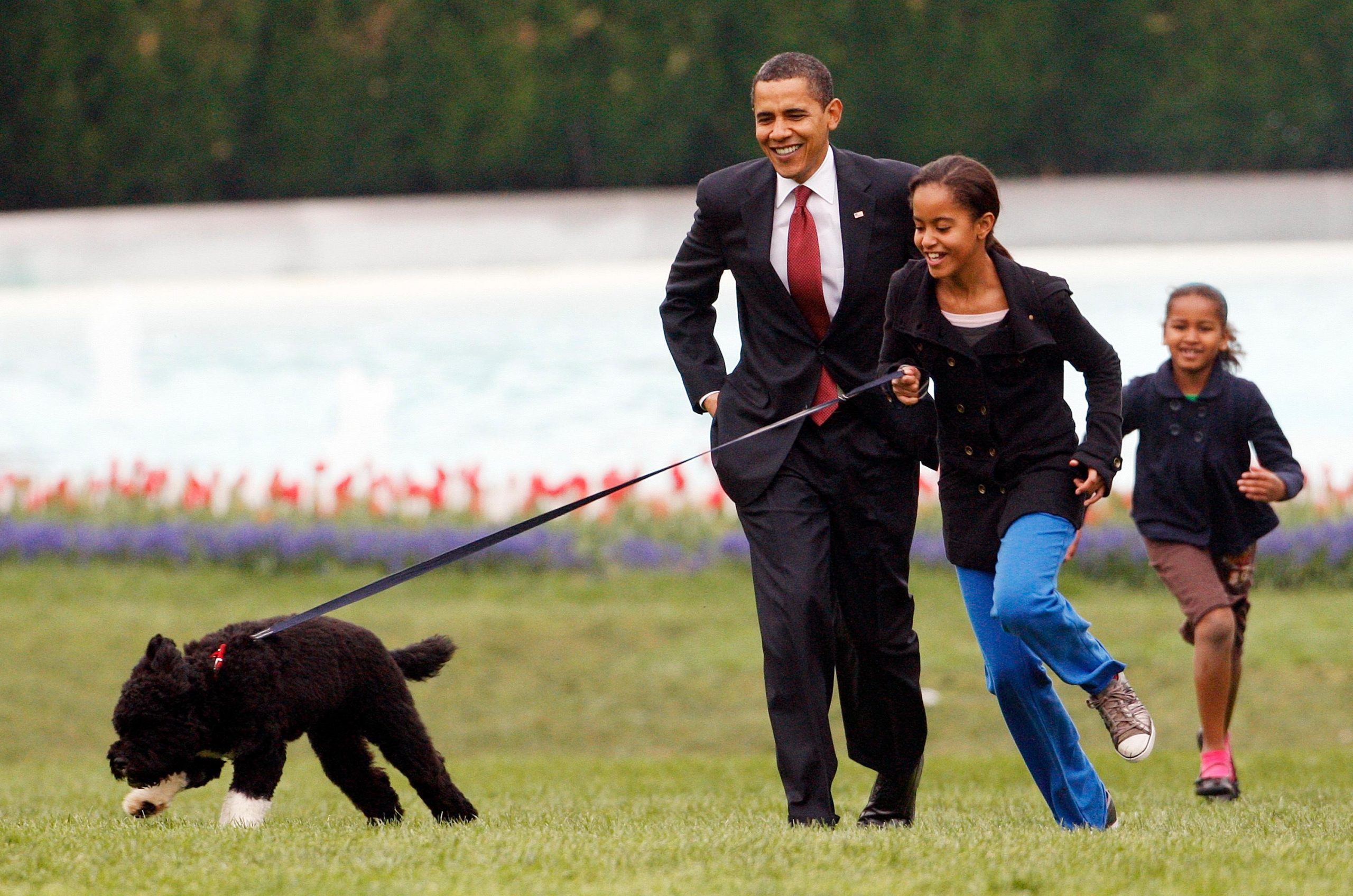 The Obamas announced Saturday that their beloved family dog Bo has died.

“This afternoon was a difficult one for our family. We said goodbye to our best friend —our dog, Bo — after a battle with cancer,” former first lady Michelle Obama said in a statement posted to Instagram Saturday.

The Obama family got Bo shortly after they moved into the White House, fulfilling Barack Obama’s campaign promise to get his daughters, Sasha and Malia, a dog in return for their time spent on the campaign trail.

“Today our family lost a true friend and loyal companion,” the former President posted on Twitter Saturday, adding that Bo “tolerated all the fuss that came with being in the White House, had a big bark but no bite, loved to jump in the pool in the summer, was unflappable with children, lived for scraps around the dinner table, and had great hair.”

Michelle Obama also wrote that Bo was there for the former first couple as their lives “slowed down” and helped them “see the girls off to college and adjust to life as empty nesters.”
“For more than a decade, Bo was a constant, gentle presence in our lives—happy to see us on our good days, our bad days, and everyday in between,” the former President wrote.

In his memoir “A Promised Land,” Obama recalled how “of all the pleasures that first year in the White House would deliver, none quite compared to the mid-April arrival of Bo, a huggable, four-legged black bundle of fur, with a snowy-white chest and front paws.”

Bo, a Portuguese water dog, had come to the Obamas as a gift from the late Sen. Ted Kennedy and his wife, Victoria.

“It was an incredibly thoughtful gesture—not only because the breed was hypoallergenic (a necessity due to Malia’s allergies) but also because the Kennedys had made sure that Bo was housebroken before he came to us,” Obama wrote.

The Obamas said that they will miss Bo dearly, “but we are thankful that he lived such a joyful life full of snuggles, games of fetch, and evenings spent lying on the couch.”

“We also know we aren’t the only ones who cared for Bo, and are grateful for all the love you showed him over the years,” the family said. The Obamas also have another Portuguese water dog, Sunny.