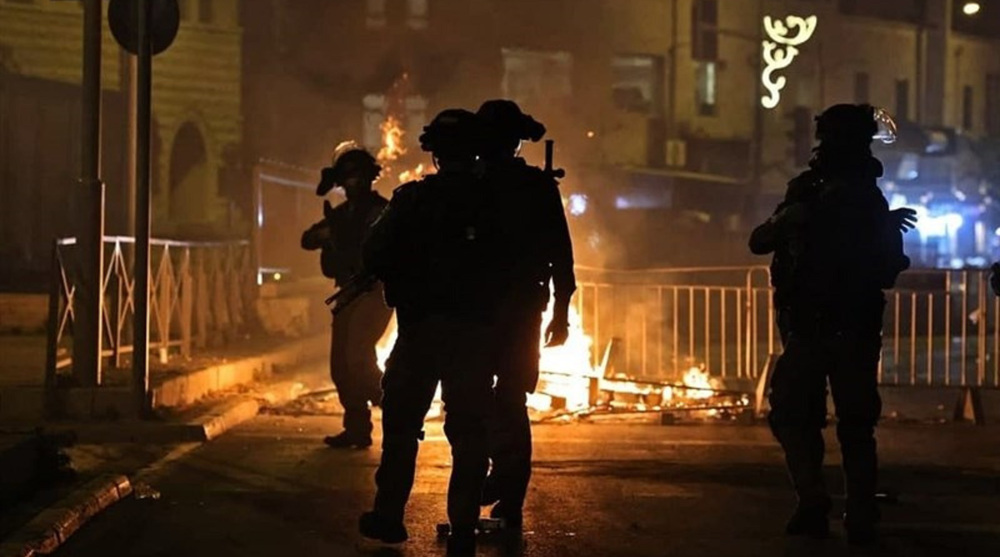 A high-ranking member of the Palestinian Islamic resistance movement, Hamas, has called on the Muslim world to take up a firm stance in support of the residents of the occupied Jerusalem al-Quds, and adopt proper measures to stop the acts of aggression being perpetrated by Israeli forces in the holy city.

In a message addressed to Leader of the Islamic Revolution Ayatollah Seyyed Ali Khamenei on Sunday, head of the political bureau of Hamas, Ismail Haniyeh, drew attention to the Tel Aviv regime’s ongoing aggression against Jerusalem al-Quds and its inhabitants, including an upsurge in Judaization attempts, settlement construction activities, forced displacement of Palestinians, ethnic cleansing, attacks on the Damascus Gate of the Old City of Jerusalem al-Quds and Sheikh Jarrah neighborhood, as well as raids on al-Aqsa Mosque and worshippers there.

Haniyeh noted that such policies are part of the Israeli authorities’ efforts to legitimize their settlement expansion in the West Bank, displacing Palestinians, confiscate their homes and properties, reinforce the spatial division of Al-Aqsa Mosque and change the status quo.

“This is a new crime that has crossed all red lines and hurt the feelings and emotions of the Muslim Ummah. It is aimed at the city of Quds as well as its Islamic identity and existence, and affects the livelihood, future, the legitimate rights of its residents – the al-Aqsa Mosque and its guardians in particular,” the senior Hamas official pointed out.

Haniyeh then criticized Israel’s acts of aggression during the holy Muslim fasting month of Ramadan and the tense situation in Jerusalem al-Quds and al-Aqsa Mosque, warning against dangerous repercussions of such practices.

The Hamas political bureau chief appealed to Ayatollah Khamenei to promptly adopt a firm stance against Israel’s crimes and to try to mobilize Muslims along with Arab, Muslim, and international diplomacy in order to prevent the Zionist regime from continuing its brutal crimes against Palestinians, their lands and sanctities in the occupied Jerusalem al-Quds, especially the al-Aqsa Mosque.

“The continuous and widespread efforts of Zionist occupiers in the city of al-Quds to forcibly evict 28 Palestinian families in Sheikh Jarrah neighborhood, heinous attacks against residents of the Damascus Gate, in addition to aggressive and provocative attacks on al-Aqsa Mosque and repression of worshippers there are dangerous steps that require international condemnation and strong measures in order to stop the occupying regime and its authorities from continuing their crimes against al-Quds (Jerusalem), al-Aqsa Mosque and Palestinian people,” Haniyeh highlighted.

“We send out this message to your Excellency during the holy month of Ramadan – the month of solidarity, cooperation, and victory, and we all believe and hope that the Islamic Ummah will bond like a well-constructed building to support Palestinians in al-Quds (Jerusalem) and al-Aqsa Mosque, confront the crimes of the Zionist regime, stop settlers from continuing their aggression and support the resistance and steadfastness of the residents of al-Quds and its guardians,” the Hamas chief said.

Haniyeh gave assurances that Palestinians in Jerusalem al-Quds, which has been under Israel’s occupation for more than half a century, have taken the path of resistance and patience to defend the land and sanctities of Palestine on behalf of all Muslim and Arab nations, and will not give up until the establishment of an independent Palestinian state, with Jerusalem al-Quds as its capital.