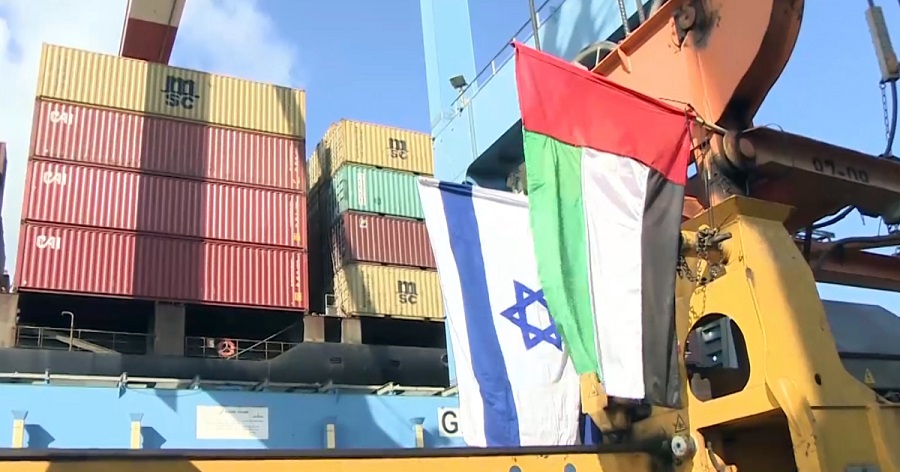 Qatari media reported that Dubai and Abu Dhabi have become safe crossings and stations for the distribution of Israeli goods through the port of Jabal Ali.

“With each passing day, the goods and products of the Israeli occupiers are gaining more and more Arab markets, especially in countries that have normalized political relations with Israel,” Al-Arabi Al-Jadeed reported.

Qatari media added: “After the Arab markets and Arab consumers boycotted Israeli goods since the occupation of Palestine (1948) and after that, and the Arabs showed a strong resistance to all forms of economic, commercial and financial normalization with the occupiers, now “These goods seem to have made their way to the markets of the region through the gates Dubai and [the port] of Jabal Ali and from various commercial passages.

The website wrote: “Since the normalization of relations between Abu Dhabi and Tel Aviv last September [2020], Israeli goods have made their way to the markets and commercial passages of the UAE, especially in Dubai and Abu Dhabi, and the Jabal Ali port has hosted several containers of Israeli goods.

But the question is whether the entry of Israeli goods into the UAE, Dubai, Abu Dhabi and other UAE shopping malls will be limited or will open the way to other Arab and Islamic markets under the label “Made in the UAE” and possibly “Made in Israel”, because now the faces are exposed