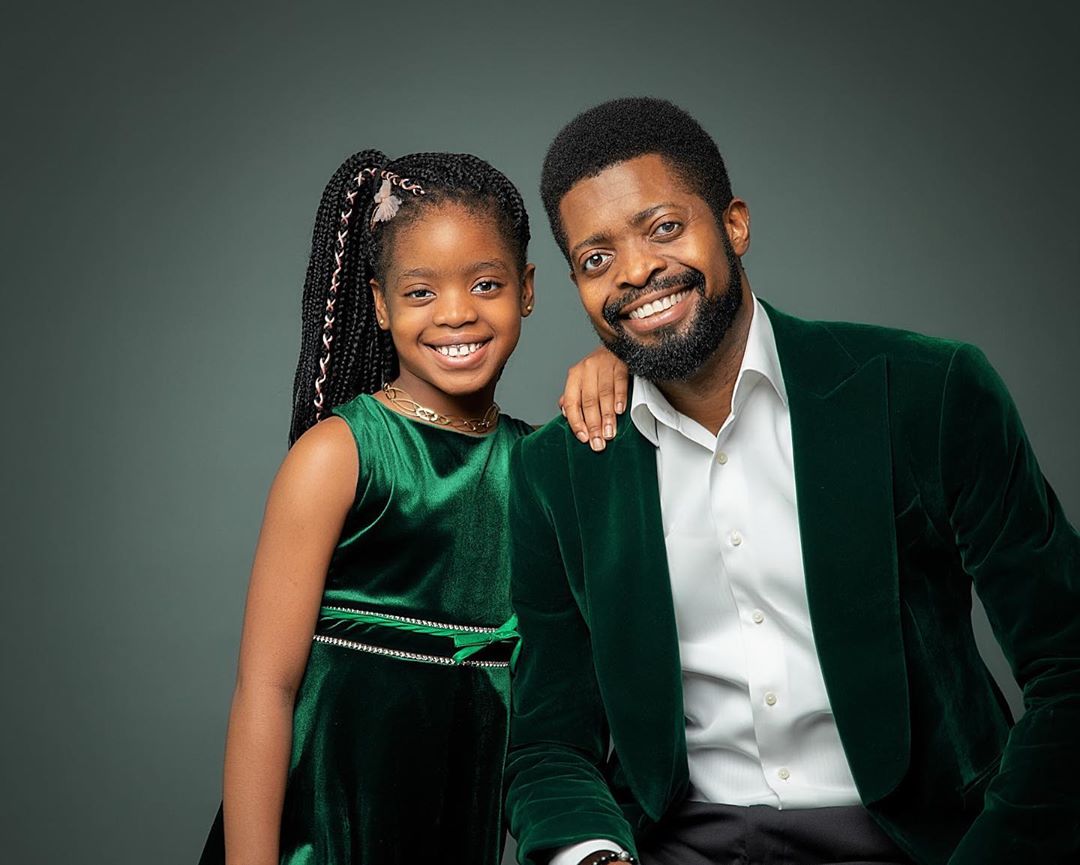 Basketmouth recently left fans in awe following his recent photos shared on Instagram. The ace comedian posed for several shots with his 9-year-old daughter, Janelle. In a witty caption, he advised parents to let their sons beware of how protective he is of his daughter.

Nigerian comedian and actor, Bright Okpocha, better known as Basketmouth, is certainly one ‘girl dad’ who does not play when it comes to his daughter, Janelle.

The entertainer recently took to his Instagram page to share some cute new photos with the 9-year-old and seized the opportunity to once again remind people not to mess with his daughter.

The father and daughter who rocked a monochrome look with little Janelle ‘dripping’ in Christian Dior swag, are seen standing side by side in one photo and in another, Janelle is pictured sitting on her daddy’s lap while in the last photo, the two are seen smiling brightly in a selfie shot.

Sharing the lovely photos, Basketmouth accompanied it with a caption in which he talked about having different kinds of weapons – just in case someone’s son intended to slip up around his beloved daughter.

In his words: “Just for the record….her father has 5 big guns, 7 rocket launchers, 10 grenades…just to mention a few. Tell your sons to beware.”

Meanwhile, for many who are familiar with the Nigerian entertainment industry, the name Bright Okpocha or Basketmouth, as he is professionally known, is mostly synonymous with comedy.

However, the case has been different in recent times as the ace comedian has proved his versatility beyond telling jokes that make people laugh. In an exclusive chat with Legit TV, the award-winning comedian opened up about his plan to touch on different parts of the entertainment industry which include music, television and online media.