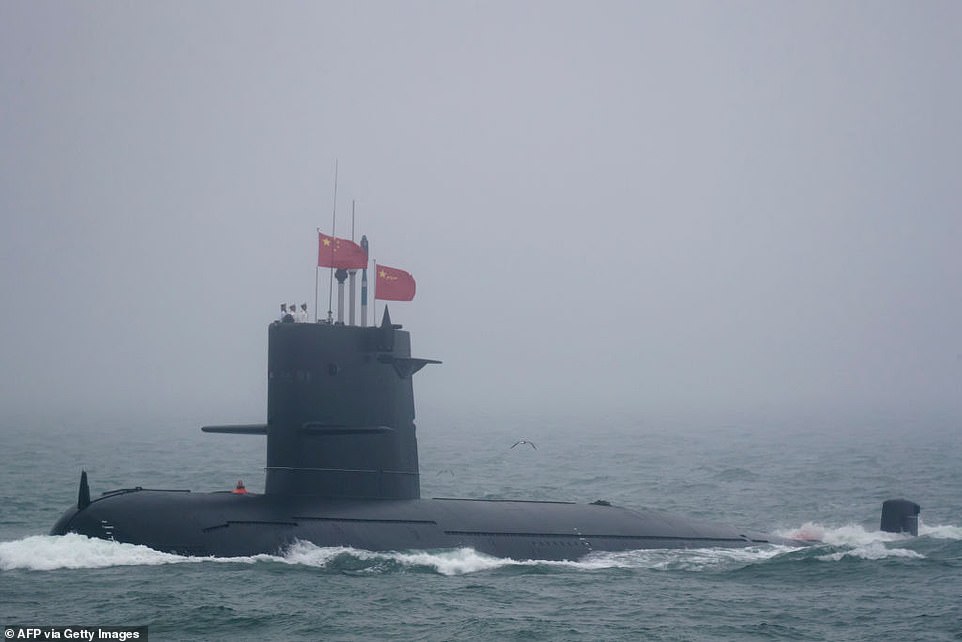 Rare satellite images of a vessel in a Chinese shipyard have prompted military analysts to speculate that it could be a new or upgraded class of a nuclear-powered attack submarine.

The speculation was fueled after the Pentagon in its November report said the Chinese Navy was likely to build a new attack submarine in coming years with vertical launch tubes for cruise missiles.

Images obtained by Reuters from private satellite imagery provider Planet Labs and others circulating on social media reportedly showed a submarine in a dry dock in Huludao Port in the northeastern province of Liaoning.

According to analysts cited by Reuters, greenish covers shroud areas behind its superstructure and stern parts of the vessel that could house missile launch tubes and a new, quieter propulsion system.

The submarine was out of the water between April 24 and May 4 and was later seen mostly submerged in the same place after the dry dock was flooded.

Singapore-based security scholar Collin Koh said the recent images were too limited to definitively identify the vessel but said there was a great deal of interest in the prospect of a new class of Chinese Type 093 “hunter-killer” submarine with vertical launch tubes for guided missiles.

The images “are very interesting but it is still very hard to be sure yet whether we are looking at some kind of refit for testing or a whole new class of submarine,” said Koh, of the S. Rajaratnam School of International Studies.

As the stern is shrouded, it was not possible to identify what sort of propulsion the vessel in the image uses.

China decries the US over Chinese Taipei

China’s foreign ministry on Tuesday decried the United States for changing the wording on the US state department website about Chinese Taipei.

The US state department website’s section on Taiwan has omitted wording both on not backing Taiwan’s independence and on acknowledging Beijing’s position that the island is part of China’s territory.

In response, the Chinese foreign ministry reiterated that there is only one China, Taiwan belongs to China, and that the People’s Republic of China is the sole legal government representing the whole country.

The ministry’s spokesman Zhao Lijian stressed that “political manipulation” would not succeed in changing the status quo in Chinese Taipei.

The change of the wording took place on Thursday, but it was only widely noticed in Chinese and Taiwanese media on Tuesday.

Senior officials in Beijing have time and again called on Washington to stop maintaining any official contact with authorities in Chinese Taipei.

China’s tensions with Chinese Taipei have intensified since the election of President Tsai Ing-wen from the pro-independence Democratic Progressive Party in 2016.

China suspects that Tsai intends to press for the formal independence of the island, which would mean crossing the red line for Chinese leaders.

Beijing regards Chinese Taipei as an integral part of ‘One China’ and ineligible for formal state-to-state ties.

Relations between China and the US have also strained in recent years over Washington’s meddling in Chinese Taipei and military maneuvers close to the self-ruled territory.