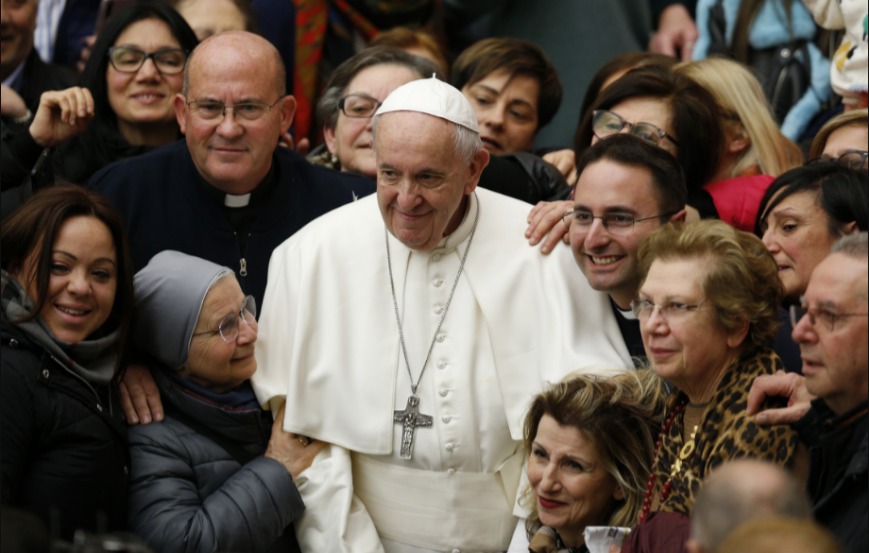 Pope Francis has called on couples to be kinder to their mothers-in-law, saying they are often the victims of “cliches” that portray them in a negative light.

On Wednesday, at his weekly general audience at St Peter’s Square in the Vatican, he gave a sermon on relationships between generations.

In addressing daughters-in-law, he advised them to respect the mothers of their partners and stressed that they had “given birth to your spouse”.

He added: “At least make them happy.”

The pope also said: “We say to ourselves ‘the further away your mother-in-law is, the better’. But no – she’s a mother, she’s an elderly person.

“One of the most beautiful things for a woman is to have grandchildren. When her children have children, it brings her to life again.”

But he also had a few words of advice for mothers-in-law, saying: “I tell you, be careful how you express yourselves.”

The Pope has touched upon the subject before. In 2015, he sparked laughter among a crowd of thousands of people in the US when he said: “Families quarrel and sometimes plates can fly and children bring headaches, and I won’t speak about mother-in-laws.”

The day before his speech on Wednesday, a flare-up of knee pain forced him to cancel all activities. Persistent pain in his right knee has limited his activity in recent months, and he also suffers from sciatica.

He told the crowd at the end of his speech: “I apologise because I will greet you while seated. The healing of this knee seems to be never-ending and I can’t stand for long periods.”

During the address, he also called for prayers for an end to the war in Ukraine, which he has condemned since Russia launched its invasion on 24 February.

He said: “May the weapons fall silent, so that those who have the power to stop the war hear the cry for peace coming from all of humanity.”