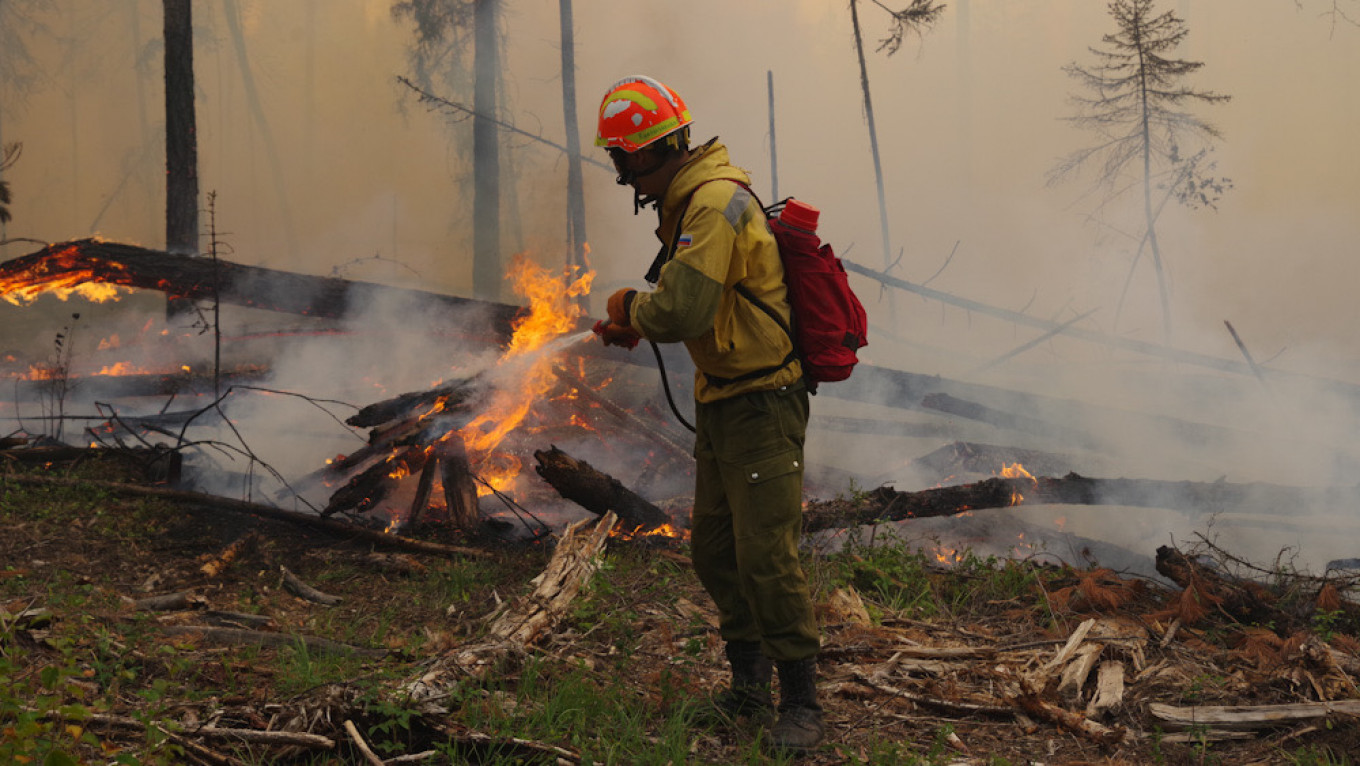 Smoke clouded the sky as 22 new wildfires appeared on a total area of 4.5 thousand hectares on Sunday in the Russian republic of Yakutia, according to the Russian Ministry of Emergencies.

Gorniy district was among the places where the situation worsened. Clouds of smoke covered villages and nearby forests.

The maximum permissible concentration of air pollutants was exceeded as Rospotrebnadzor, one of Russia’s official health watchdogs reported. Navigation over the Lena River was temporarily suspended.

Smoke from wildfires also covered the Siberian city of Yakutsk on Sunday where people were advised by the mayor to stay home and not open windows as the region fights unprecedented blazes the Kremlin blames on climate change.

Russian military helicopters flew in firefighters earlier this week to battle the Siberian wildfires which raged across 800,000 hectares.

Fires tear through Russian forest land every year, but they have become more intense in recent seasons amid unusually high temperatures across the northern Siberian tundra.

Smoke from 187 forest fires is currently covering 51 residential areas in the Siberian Yakutia region, including its main city of Yakutsk, the local emergency ministry said in a statement. More than 2,270 firefighters are working in the area.

Operations at the local airport and navigation on the nearby Lena river are suspended on Sunday, Interfax news agency reported.