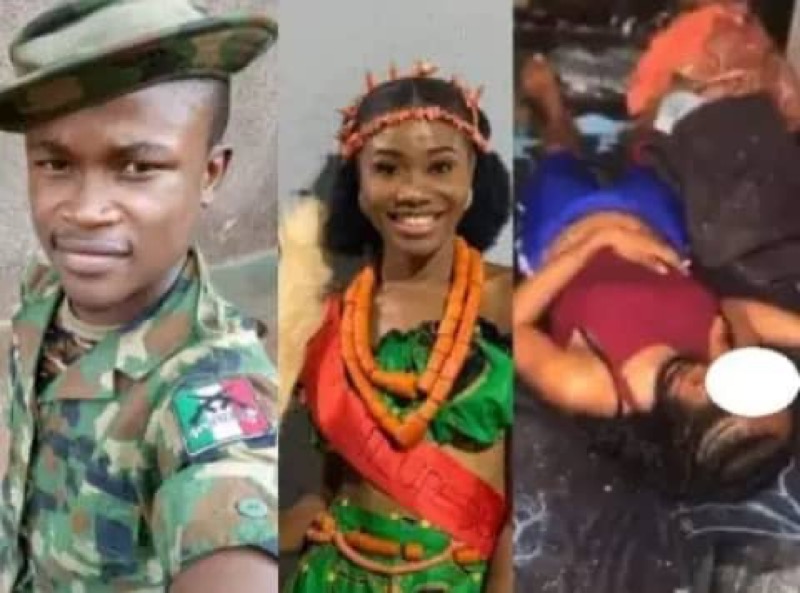 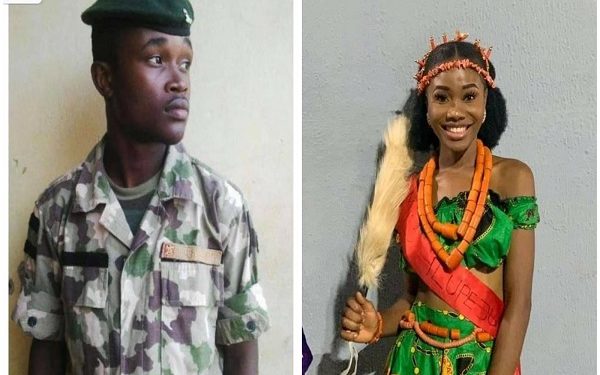 Security personnel attached to the institution said the body of the 21-year-old student was discovered yesterday with bullet wounds and a finger cut off. A thumb was almost cut off too, suggesting that there was a struggle.

Her room was reportedly scattered and filled with bloodstains.

Matol, who was identified as her lover, was accused of killing her after he allegedly posted some grievous comments on her WhatsApp page, claiming to have murdered her due to cheating and emotional frustration.

The soldier also claimed that he had informed Jennifer’s mother and his own aunt of his action and that two of her friends Vera and Eniye were not giving the deceased good advice.

Commissioner of Police Mike Okoli has ordered discreet investigation of the incident.

The jealous lover said to be a soldier with the Nigerian Army has reportedly killed his lover, an undergraduate of the Niger Delta University (NDU), Amassoma, Bayelsa State.

according to another report, the suspect, James Matol, who is believed to have gone underground to escape arrest, was said to have killed his lover identified as Jennifer Ugadu, an undergraduate at the Faculty of Education of the institution.

Investigations revealed that the corpse of the 23- year- old Ugadu was discovered on Tuesday with bullet wounds and lacerations on her body, with a finger on the right hand cut off in apparent struggle with her killer.

Her friends and neighbours were said to have been worried that they saw her last with the suspect on July 11 and unable to get through to her, they broke into her house and met her decomposing body.

One of her friends went through her phone and stumbled on Whasapp messages from Matol where he accused her of cheating on him and threatened to kill her before killing himself.

The suspect was said to have accused the deceased’s two friends identified as Eniye and Vera for giving her wrong advise which has ruined their five year old affair.

“We were shocked to hear what he was posting and we quickly informed the institution authority. He accused the girl of cheating and use of diabolic method to charm him. But most students know the couple and their violent relationship,” said a classmate of the deceased.

The neighbours reported the incident to the Police and they visited the scene to remove her decomposing body.

The Police Public Relations Officer (PPRO), Asinim Butswat, who confirmed the incident to THE WHISTLER said the Commissioner of Police, Mike Okoli, has ordered a discreet investigation.

“The deceased body was discovered on 13th July 2021, after one of her friends stumbled on a chat, where the deceased boyfriend admitted to killing her and threatened to commit suicide.

“The Commissioner of Police Bayelsa State Command CP Mike Okoli has ordered discreet Investigation to unravel the circumstances surrounding the death of the student.”