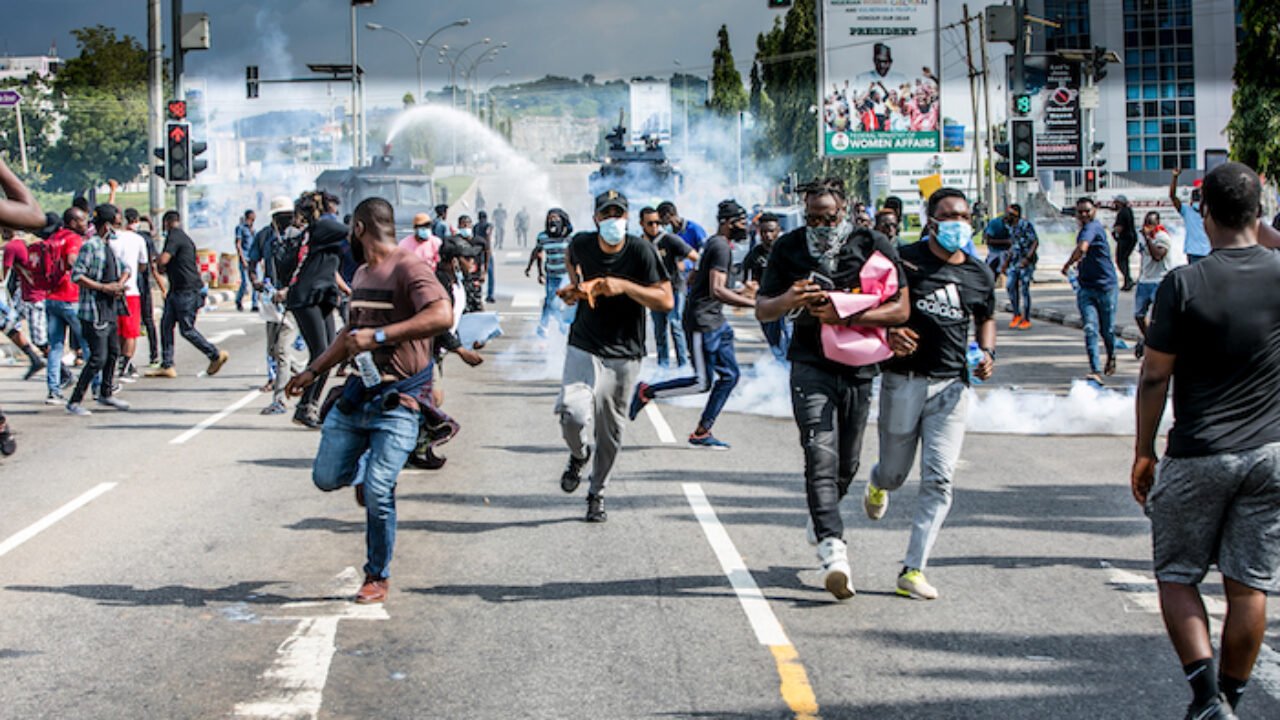 Adamu Bello, a 35 years old farmer is lamenting the impact of desertification on the agricultural sector in his Yobe State. The father of fourteen children from three wives has never had it this bad since he started farming eighteen years ago.

He said that yields from his farm has reduced drastically. For now the challenges of the family has increased. He is finding it difficult to cater for his large harem.

He said some of his mates have abandoned farming and gone to the city, while some have been lured into joining the terrorist group, Boko Haram, that has ravaged North-East Nigeria for more than a decade.

Bello said his case and that of other farmers is made worse by the invasion of their farm lands by fulani herdsmen.

Similarly, Hajiya Mairo and her husband before now depended on fishing in Lake Chad to take care of their eight children. But today, due to the dwindling size of the Lake, the family has to vacate the region and move to Abuja, where the husband is now a security guard in an organization.

Meanwhile, their children are scattered with other relatives, who are themselves struggling to survive in a country where poverty is on the increase.

The fate of Bello and Mairo reveals what people in North East Nigeria are presently facing. The region used to be peaceful with more than 50 percent of the population making a living from farming, fishing and livestock production. Many people in the region lost their livelihoods following increasing aridity caused by climate change, with scores others becoming vulnerable to being recruited by Boko Haram.

Obviously aware of the growing poverty in the region, the Boko Haram sect continue to recruit vulnerable people into the group, therefore deepening the insurgency.

The Nigerian government acknowledges the role of climate change in fuelling the insurgency, which is responsible for one of the worst humanitarian crisis in the world.

President Muhammadu Buhari while participating in a virtual High -Level Leaders Dialogue on The Africa COVID-19 Climate Emergency said that climate change has contributed to rising insurgency and armed conflict, which are ravaging Nigeria and the rest of the African continent, with resultant displacement of persons and livelihoods.

In his address to the 2019 United Nations Climate Action Summit with the theme, “A Race We Can Win. A Race We Must Win”, President Buhari said the Lake Chad Basin, which used to be a region of productivity, food security and wealth for an estimated 40 million citizens living around the Chad Basin, has shrunk significantly from its original size due to Climate Change.

Climate change is real. Nigeria is not an exception. The country’s climate continue to change, with increases in temperature; variable rainfall; rise in sea level and flooding; drought and desertification; land degradation; more frequent extreme weather events; affected fresh water resources and loss of biodiversity.
But the Nigerian government say it is not keeping quiet.

Minister of Environment, Dr Mohammed Mahmoud Abubakar said one of governments response is the issuance of Green Bond as part of efforts to tackle climate change issues.

He said that some participants COP25 in Madrid, Spain including funding agencies and banks are willing to go green and provide funds for such projects.

“One of those projects is the provision of solar energy and that is part of our project which we call the Energising Education Project (EEP) where federal universities are being powered by solar.

“We are concerned about emissions because they are the one heating up the ozone layer. So if we reduce emission, we will reduce the chemicals that are letting in harsh ultra violet coming into the atmosphere thereby heating it up.

“For the first issuance of the green bond, the proceeds were used in two areas: power and afforestation. Even in the second one which was more successful than the first with over N15 billion realised,we continued along that path.So we have imitated the third green bond which will go into agriculture, water, and transportation.

“Also, the ministries of Science and Technology along with Environment are working on the methanol policy which is also going green. Methanol is hydrogen and water and when you burn it, you get cleaner emission or almost nothing. These are ways that we are going green through the green bond.

“It does not just stop there, international funding agencies like the Green Climate Fund, the Global Environment Facility are trying to support any project that is green.

He said the ministry has built plastic recycling plants which are a means of going green.

“Today we have the Reduction of the waste produced, then we have Re-use, Recycle, and we have added Repair, and Recover which means instead of three R’s we now have five R’s and it’s about going green.

While pleading for international support, President Buhari say Nigeria will take concrete steps to harness climate innovative ideas by including youths in decision-making processes as part of our over-all climate governance architecture.

He said that 25 million Nigerian youths will be mobilized towards planting 25 million trees to enhance Nigeria’s carbon sink.

“In the energy sector, Nigeria is presently diversifying its energy sources from dependence on gas-powered system to hydro, solar, wind, biomass and nuclear sources.

Specifically, Nigeria is progressively working to realize 30 per cent energy efficiency and renewable energy mix by 2030. This is envisaged to lead to 179 million tons of carbon dioxide reduction per annum by 2030.

“In addition, our Administration intends to develop a shelterbelt across 11 States of the Federation spanning a distance of 1,500 km and 15km across through the Great Green Wall initiative.

Furthermore, the Federal Government has commenced the implementation of the Hydrocarbon Pollution Remediation Programme in Ogoniland, to recover the carbon sink potential of the mangrove ecosystem of the one thousand square kilometres (1,000 KM2) polluted site in the affected area.

“I should also inform the summit that our Government has introduced Climate Smart Agricultural Practices to unlock Seventy-Four (74) Million tons of carbon dioxide per annum, through relevant technologies, advocacy and best practices.

“As you are aware, the Lake Chad Basin, which used to be a region of productivity, food security and wealth for an estimated 40 million citizens living around the Chad Basin, has shrunk significantly from its original size due to Climate Change.

“We will continue to lead in efforts to have solid partnerships for the ecological restoration and recharge of the Lake. We are confident that this would improve the living conditions of the diverse nationals living in the area, promote inter-state cooperation, strengthen community resilience, as well as assist in addressing the environmental and security crisis that threaten the region, its resources and inhabitants.”