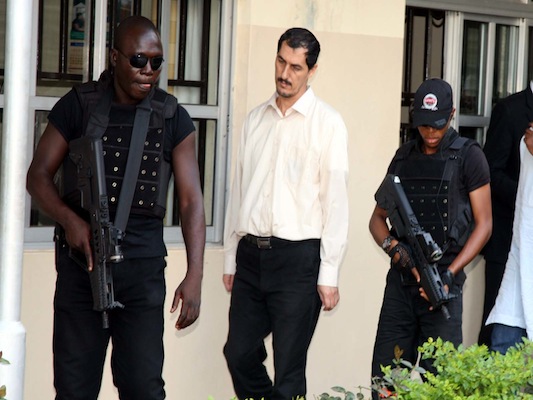 The Israeli were in Nigeria to shoot a documentary which explores Jewish communities in African countries such as Kenya, Madagascar and Nigeria. 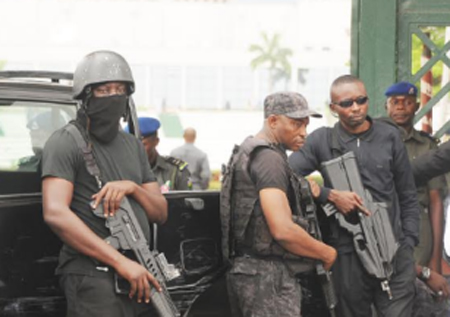 The State Security Service (SSS) has arrested, detained and and reportedly tortured three Israeli filmmakers over allegations that they supported the activities of Independent People of Biafra (IPOB).

The trio was said to have taken off from Ben Gurion Airport, Israel on July 5 and arrived in Nigeria the following day to film the documentary, “We Were Never Lost” which explores Jewish communities in African countries such as Kenya, Madagascar, Uganda, and Nigeria.

Locals said the SSS operatives interrogated and detained the crew at a synagogue during Friday night services in Ogidi and were subsequently taken to Abuja.

“We do not take any position on political movements as we are not here as politicians nor as a part of any governmental delegations”, a post on the “We Were Never Lost” Facebook page partly read as the shoot came on the heels of the arrest and repatriation of IPOB leader, Nnamdi Kanu from Kenya.

Nigeria’s foreign ministry was said to have confirmed the arrest on Tuesday and noted that the Israeli Embassy in Abuja was following up on the case, although Peoples Gazette could not reach the ministry for confirmation.

A spokesman for the SSS also declined comments about the arrest and claims of torture.

In 2018, Mr Kanu who was first arrested in October 2015 by the Nigerian government declared that he was Jewish after he was granted bail in April 2017.

The British-Nigerian citizen had publicly said he “owed his survival to the state of Israel.”

While he fled Nigeria to Israel in 2018, the IPOB leader said Israel must rise to defend millions of Igbo Jews in Nigeria, after soldiers invaded his residence.

“Israel has to live up to their obligation to defend Judaism and Jewish faith all over the world,” he said.

“We are being persecuted. We are suffering as a people and I believe it is the responsibility of Israel to make sure that Biafra stands as an independent entity in Africa.”

“Biafra has over 70 million people scattered all over the world. They have called us the wandering Jews of Africa. Those that identify themselves with their Jewish heritage are about 50 million people,” he added.

Mr Kanu was again arrested in June this year and arraigned at the Federal High Court, Abuja, where the court ordered that he be remanded until the continuation of his trial set for July 26.

He faces an 11-count charge of treason, treasonable felony, terrorism, and illegal possession of firearms, among others.