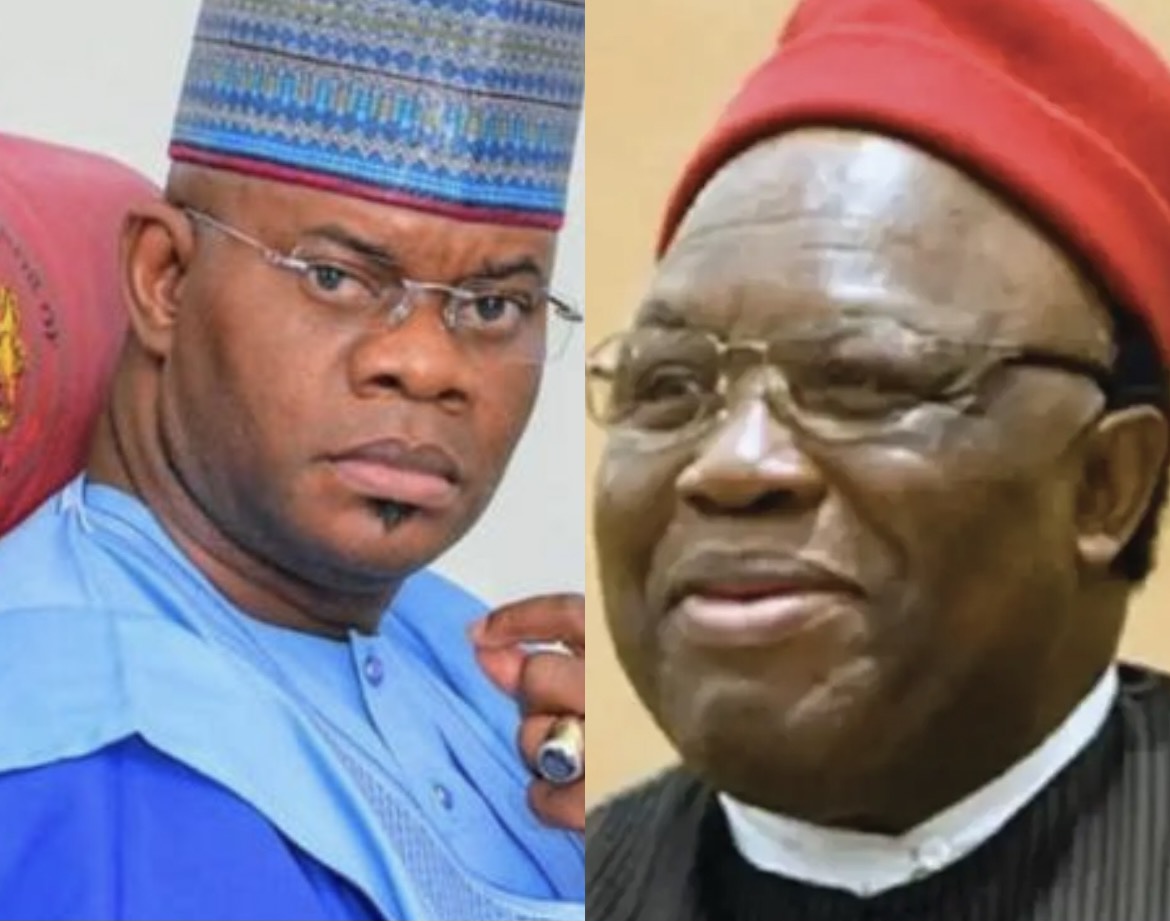 The group said Bello “is embarking on a political adventure that lacks both conscience and principle.”

The apex Igbo socio-cultural organisation, Ohanaeze Ndigbo, has faulted the comment of the Governor of Kogi State, Yahaya Bello, over rotational presidency.

Last Friday, during the maiden edition of the ‘Governor Yahaya Bello seminar for political and crime correspondents’ in Abuja, the governor described rotational Presidency as unconstitutional.

He stated, “Nigerians should be allowed to make their choices for the best candidate to emerge for the top post.”

Reacting in a statement on Monday by Ohanaeze, which was signed by its National Publicity Secretary, Alex Ogbonnia, the group slammed Bello, saying he had demonstrated a remarkable obsession with ambition shortly after he became the governor in 2015 at a young age.

Ohanaeze stated that “there is no doubt that Bello has a date with destiny going by a smooth political ascendancy that life has presented to him.”

The group said Bello “is embarking on a political adventure that lacks both conscience and principle.”

It noted that Bello was still a student in the higher institution when an agreement was reached between the North and the South with respect to the concept of rotational presidency which he is objecting to.

Going down memory lane on the history of rotation, the apex Igbo group noted, “Governor Bello was still a student, studying accountancy at the Ahmadu Bello University (ABU), Zaria when an agreement was reached between the North and the South with respect to Rotational Presidency.

“The meeting was held at the National University Commission Conference Centre, Abuja in 1998. Dr.Chuba Okadigbo spoke on behalf of the South while Alh. Abubakar Rimi spoke for the North. The likes of Dr. Alex Ekwueme, Chief Solomon Lar, Dr. Okwesilieze Nwodo, etc were at the meeting.

“The Nigerian statesmen examined the merits and demerits of zoning and rotation of power between the composite zones in Nigeria. At the end, it was resolved that the presidency be conceded to the South and that it would rotate between the South and the North in the interest of equity, unity and corporate existence of Nigeria.

READ ALSO: Prof. Jega cautions Buhari, Says People like Onochie should not be in INEC,

“The foregoing was the basis for the emergence of presidential candidates of the mainstream political parties from the South West in1999.

Since then, the patriotic and peace-loving Nigerians have adhered to the rotation principle such that at the end of Chief Olusegun Obasanjo second tenure, President Musa Yar’Adua was elected; Goodluck Jonathan and then President Muhammadu Buhari.”

It advised Bello to support the resolution by his southern colleagues; especially as “he is still young”.