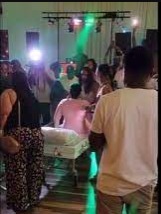 The video of a woman celebrating her 50th year birthday in a coffin has surfaced on social media. 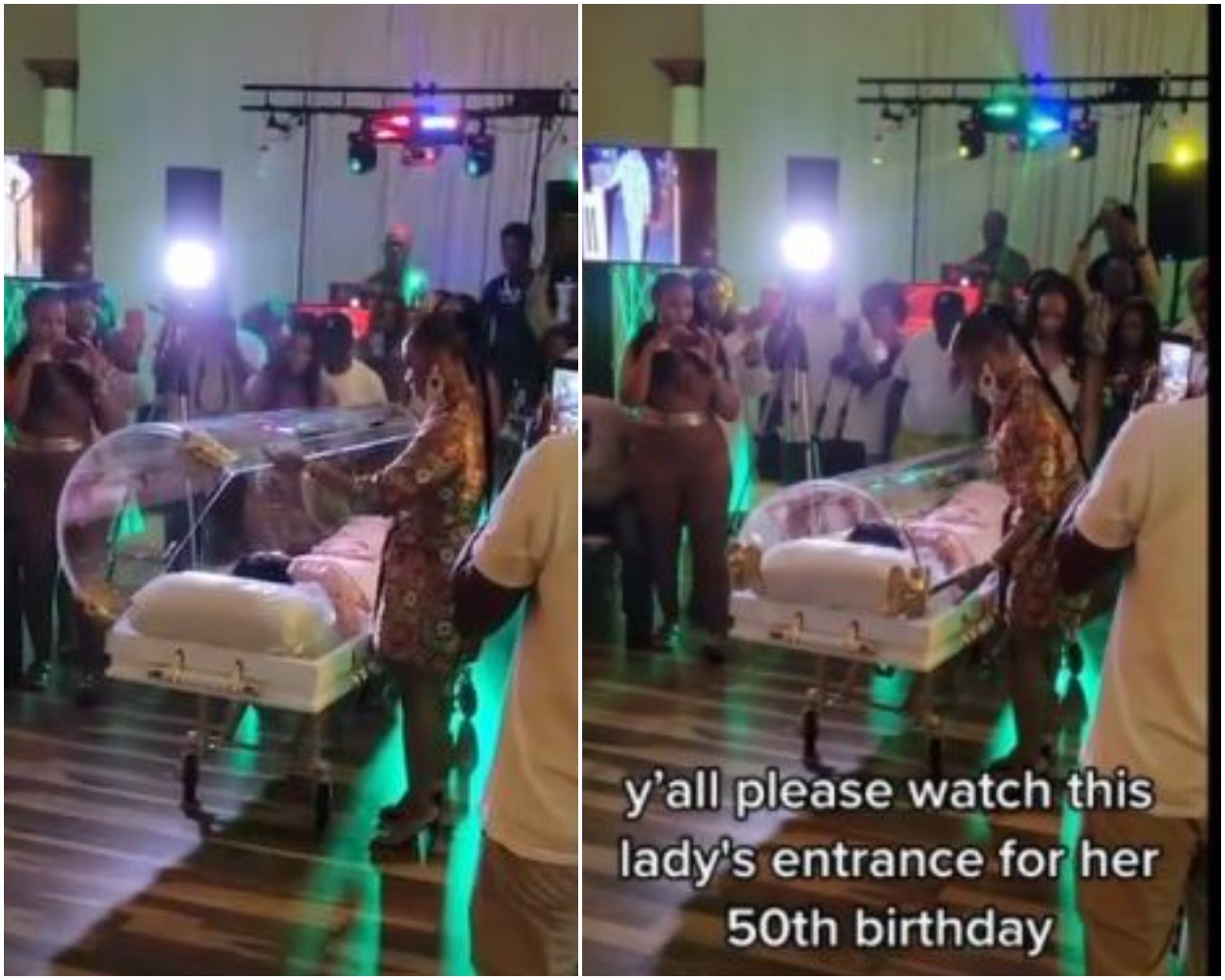 In the viral video, the yet to be identified woman was seen celebrating her 50th birthday which was themed ‘Life after death’ in a transparent coffin in the presence of family and friends.

She was also cheered on after making a speech about the life, she had lived, making an entrance into her new life with her rising from a coffin.

In a transparent casket, an American woman Who her identity is yet to be know allegedly came at the venue for her 50th birthday inside a Transparent glass casket, the Video that was allegedly posted on instagram sparked Reactions as social media users were left in the state of Bewilderment.

In the video footage, the woman was spotted making entrance into the room laying flat inside a glass Coffin as people were cheering up moment she enter the room.

Immediately she eventually enter the room, a man dashed over to her and removed the casket’s cover, The 50-year-old American woman then sat in the coffin with a microphone in her hand.

The birthday girl’s theme was “Life After Death.”