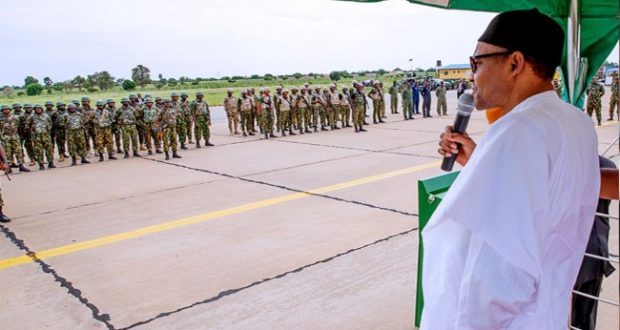 President Muhammadu Buhari yesterday condemned repeated bandit killings in Zamfara and Kaduna States, urging the Nigerian Army to respond to the worrying situation in a language that the bandits understand.

The President noted that the military and other security agencies are now working on new methods and policies that are yielding good results in many of the troubled parts of the country and called for a crushing response to the killing of innocent citizens in the rural communities.

In a statement by his Senior Special Assistant on Media and Publicity, Garba Shehu, the President expressed sorrow over the loss of innocent lives, urging security agencies to do everything possible to prevent the recurrence of attacks with impunity.

He also averred that the nation, its military and the entire population needed to summon the courage required to defeat the bandits and terrorists.

He advised them to join the ongoing genuine efforts aimed at finding lasting solutions to the challenges confronting the nation.

It is earlier reported that the military is implementing the presidential order to reduce the influence and activities of criminals across the country, Chief of Army Staff, COAS, Farouk Yahaya, confirmed that.

Mr Yahaya told reporters after President Muhammadu Buhari decorated him with his new rank at the State House in Abuja that many bandits, terrorists and other criminals had “already been sent to God to go and answer for their crimes.”

He vowed that the Army would give its best to tackle prevailing security challenges in some parts of the country.

The COAS also pledged his unalloyed loyalty to the President and Commander-in-Chief of the Armed Forces as well as the Federal Republic of Nigeria.

He said: “I want to most sincerely appreciate the President and Commander-in-Chief of the Armed Forces for the confidence reposed in me and now being decorated Lieutenant General., and Chief of Army Staff.