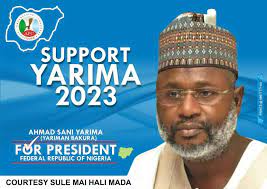 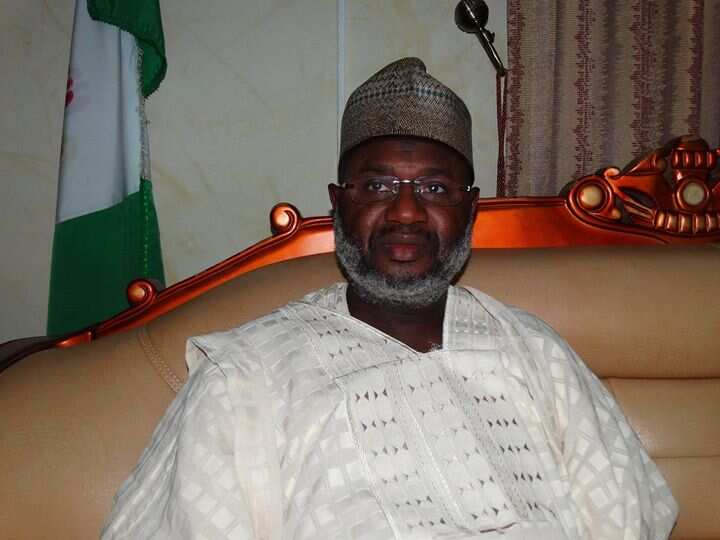 Former Governor of Zamfara State, Senator Sani Yerima, has warned that both the recent resolution by Southern governors and the speculated zoning arrangement in the All Progressives Congress (APC) will not stop him from contesting the 2023 presidential election.

Fielding questions from newsmen last weekend in Abuja, he argued that so long as the supreme law of the land, the constitution, permits every Nigerian to contest irrespective of tribe, he will contest.

He however quipped that the only thing that can stop him from continuing with his ambition will be if the stakeholders and national leadership of his ruling party unanimously agreed to zone the ticket to a particular tribe other than his.

Asked if he is still in the race to contest, he emphatically replied: “Yes, I want to confirm to you that by the special grace of God, if I am alive, I Senator Ahmed Sani, intend to vie for Presidential office.”

On how he intend to actualize his dream with zoning and resolution of the Southern governors, he said: “Well, I don’t see any body language either as a law or as a document that guides us in politics and in politicking.

“As far as I am concerned, democracy is guided by constitution; by rule of law. It is not personal interest of people, selfish interest of individuals or the projections by other people statements that will guide our democracy. If you look at all other parts of the world, from United States of America that is the leader of democracy of the world, citizens are guided by the document called constitution to aspire for any office.

“As far as I am concerned, the Nigerian Constitution and that of APC as of today, unless there is any amendment in the future, has declared that every Nigerian who is qualified, based on the qualification enshrined in the constitution, should aspire for any office in the land; Governor, State Assembly, National Assembly.

“Therefore, as far as I am concerned, the constitution both party and national, has not barred me from contesting for Presidency. No statement of any group can stop me. But, you see, if tomorrow my party comes up and say we have zoned Presidency to the South, I, Yerima will follow it.

Asked what happens to his ambition concerning his resolution to obey the party’s resolution, he said: “You see, I am a very religious person as a Muslim, I know that power comes from God first and if God destined that I am going to be the President that will not happen.

“I have never left my party. I started with APP (All Peoples Party). We merged and become the All Nigerian Peoples Party and later merged to become All Progressives Congress (APC). So I am a member of APC and I am not in any way thinking of moving from my party to another party. So once there is zoning, I know that my time is off but am sure that God Himself will decide not people.

“You see, we are Nigerians and I believe citizenship is very important. I pray that one day we will become like America, UK, France where citizenship overrides all other considerations; ethnic, religious, tribal. All these things are because we don’t take that citizenship as we are supposed to take it.

“Voters are supposed to determine not me, not you, not any regional governor. Voters will determine who do they want to elect. Every Nigerian citizen should come out with something that he is going to offer to the people, sell himself. This is what I have for education, housing, infrastructural provision and so on, human development and then they will compare and see between Mr. A and B who is supposed to be our President. It’s not regional.

“Let me ask you one question: let’s say now we zone to Rivers State, even within Rivers you see people saying that is Ijaw, that is this and that. Is it politics? Constitution is very clear, people are politically illiterate because they don’t read the constitution even if they read because of personal and selfish interests, they want to acquire power by allocation. It is not done in politics.

“People should be allowed to go and contest, present themselves, offer what they want to offer to the nation and Nigerians will decide and see who is going to be our best President. So is not by allocation, zoning or no zoning that is not an issue. As far as I am concerned, it is democracy and democracy has some principles and practices that have to followed.

“Nobody will sit in Lagos and said, these governors were elected. Were they elected based on zoning from their states? No! Go to Benue State, tell them that it is now the turn of Idomas, will you force the Tivs to vote for the Idoma? But if they have an Idoma candidate that is very good, credible, I am sure the Tivs will not say he is an Idoma. That is what we should aspire as Nigerians to make sure that citizenship is more important to us than any other,” Senator Yerima insisted.